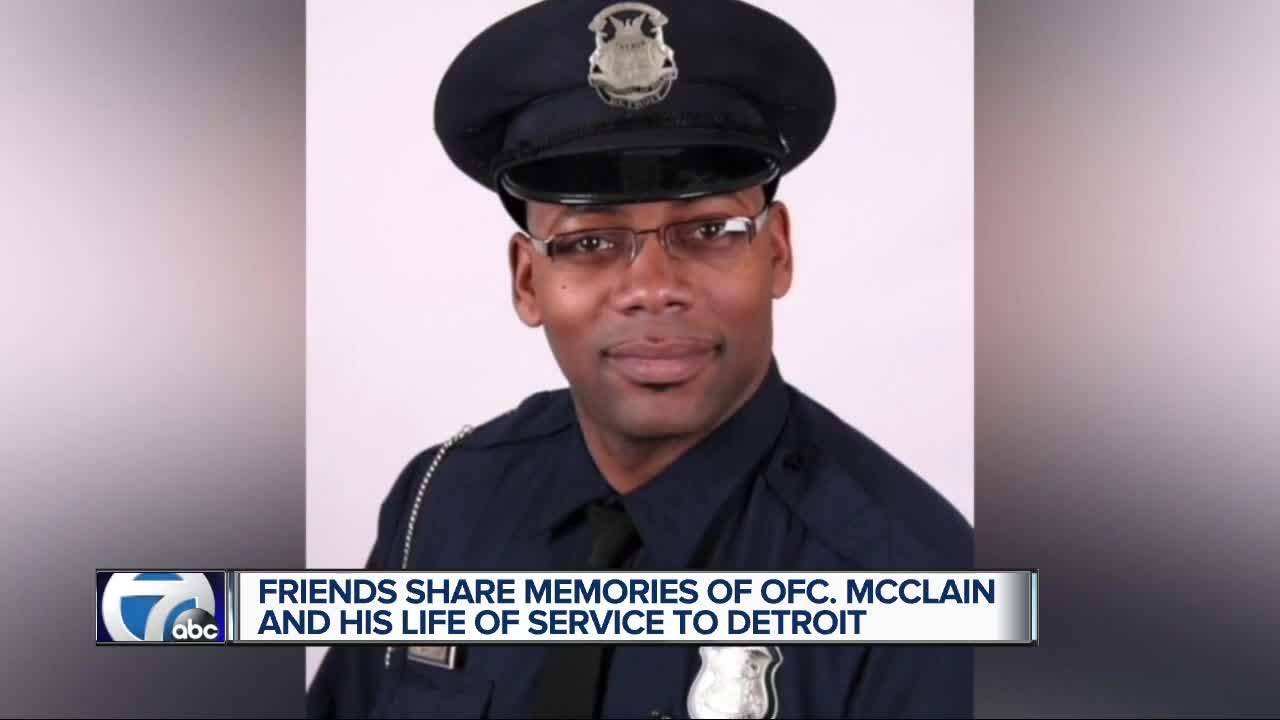 Fellow officers are paying tribute to Officer Rasheen McClain as the investigation into his death continues. 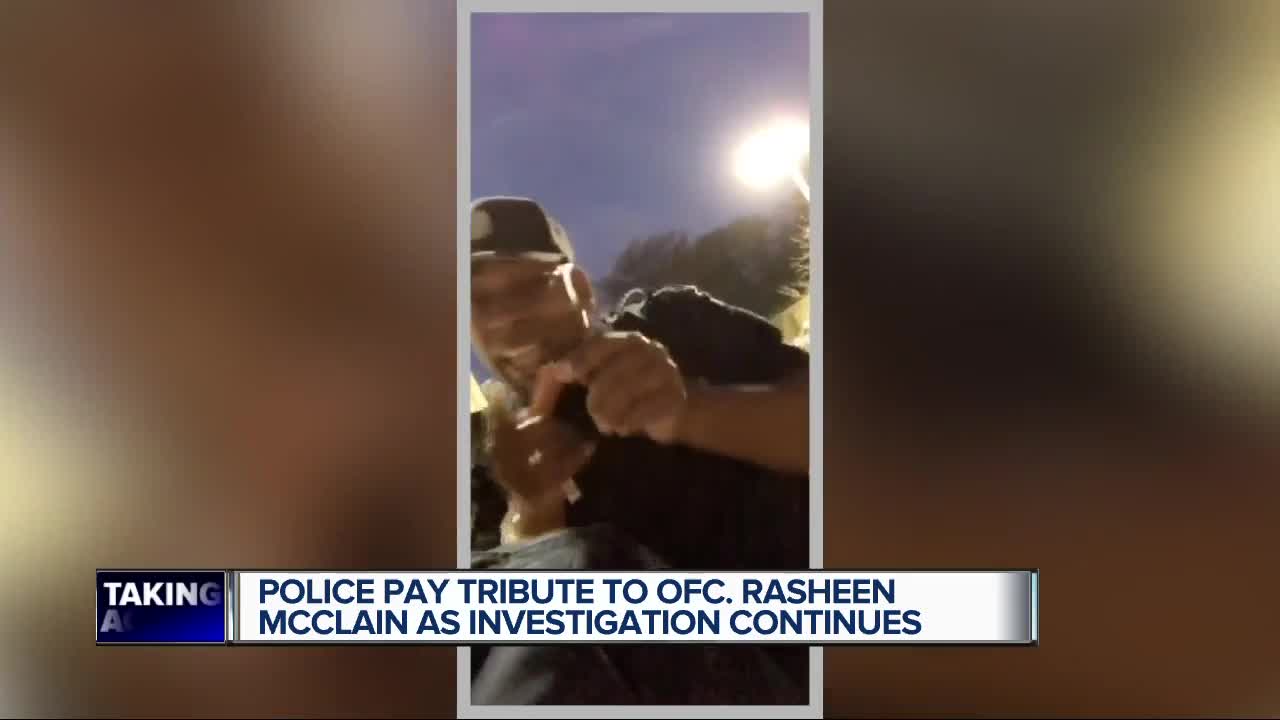 “He was a good officer and I am glad he was there to protect us,” said Amy Schumont, who says Officer McClain is a friend of 20 years.

Shumont remembers when he decided to become a police officer 16 years ago. He wanted to serve his community.

“I was happy for him because he wanted to protect his city. He lived in Detroit his whole life and had seen a lot of things, even in front of his house,” she said.

Officer McClain was shot and killed in the line of duty Wednesday night. Police say a 28-year-old suspect with an extensive criminal record is in custody for shooting him and his partner that night, Officer Phillippe Batoum-Bisse.

His partner remains in the hospital, but is expected to survive.

Chief James Craig honored Officer McClain with a moment of silence as a new class of Detroit police officers took their oath Friday. Later in the evening, Wayne State University police and friends of Sgt. Collin Rose also took a moment of silence. They gathered on Lincoln north of Martin Luther King Boulevard where, three years ago tonight, their fellow officer Sgt. Collin Rose was shot and killed.

“I promised Collin a long time ago I would be there for his family if something ever happened,” said Christopher Powell, of the Wayne State University Police Department.

“He was a good guy. I love him,” said Mark Poulter, who would have become Rose’s brother-in-law. “I miss him everyday.”

In his honor, they are raising money for the family of Officer McClain.

“It is just what we do,” said Poulter.

You can donate here.

Officer McClain is survived by his wife of ten years and two stepchildren.