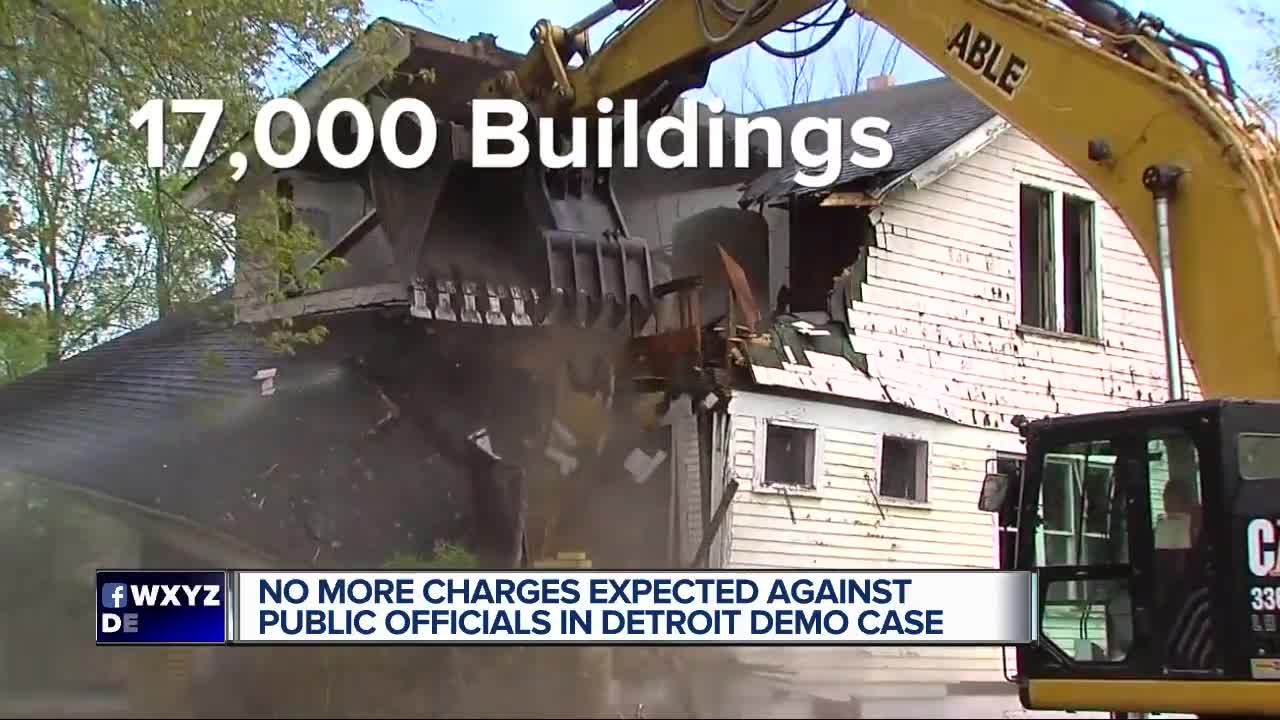 As the first two men plead guilty in federal court, more charges are expected to come in the Detroit demolition proble.

But the U.S. Attorney said in a news release after two guilty pleas, “The government as of today, does not anticipate charging any additional public officials.”

He said, “I’m just happy for the 150 hard-working employees in the Detroit Land Bank and the Building Authority. I know a cloud has been removed from all of their lives.”

Aradondo Haskins worked for the city for 10 months after working for a contractor, Adamo Demolition. He took a plea deal, along with Anthony Duguanno, in a bid rigging case working with Adamo and a sub-contractor.

Adamo Demolition is located on 7 Mile in Detroit. The sub-contractor named in court in the corruption case by Haskins is Environmental Specialty Services located next door to Adamo. They did asbestos removal in what is described as thousands of demolitions done by Adamo in the city.

Mayor Duggan also points out the feds are not done with their corruption case saying, “I think that you can expect that will be the next step.”

We reached out to ESS and did not hear back.

Mayor Duggan says the feds have provided $265 Million dollars to the city for blight and demolitions, the city has removed 17,000 buildings in five year and is half done.

The Mayor took a shot about news stories that city hall may have been the last stop for the feds investigating over three years saying, “It’s a great relief to the people of this community who hopefully are no longer going to have to listen to any more of the uninformed chatter that Detroit is about to experience more indictments of their public officials.”