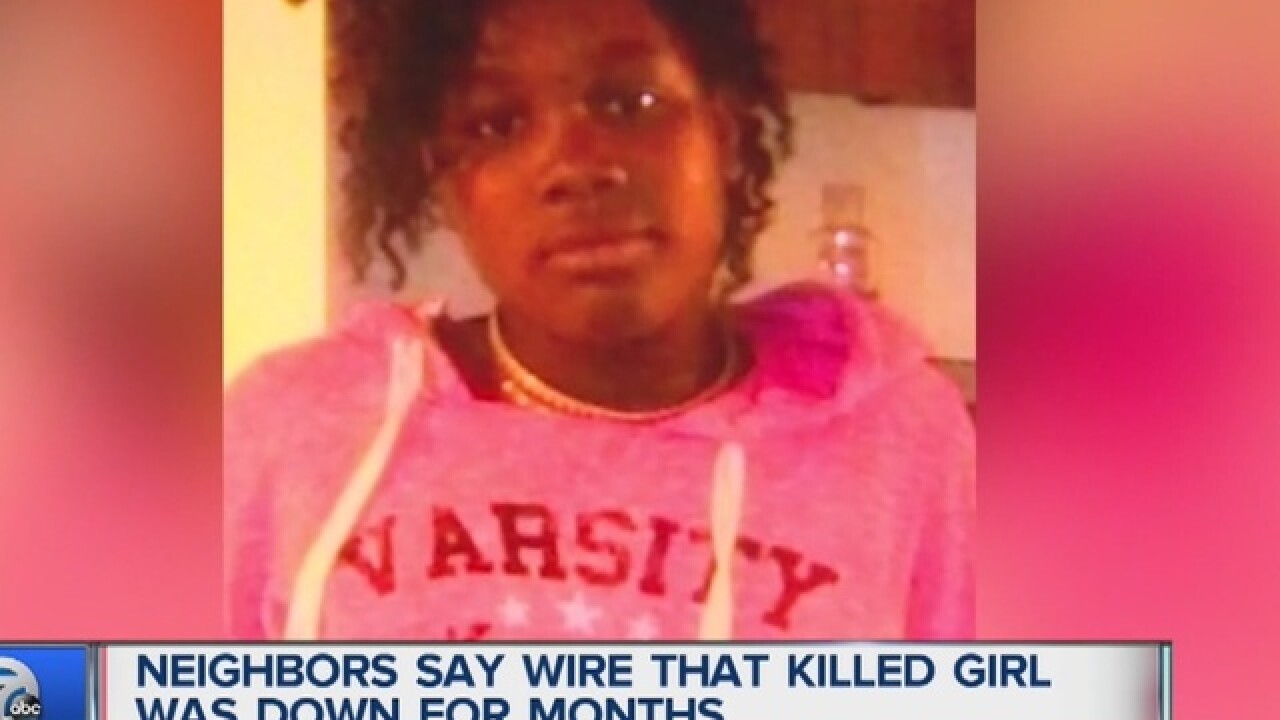 An investigation is underway into the death of a 12-year-old girl who was electrocuted Wednesday night.

Fourteen-year-old Nautica Holmes and 12-year-old K’brianna Griffin were playing in the front yard of the Holmes family home on Detroit’s west side Wednesday night.

The best friends were recording silly videos, documenting their friendship.

When a boy in the neighborhood showed up, the two decided to move to the backyard.  Nautica says when she was dealing with the phone, K’brianna got tangled in a down wire.

A few moments later, Nautica’s friend was dead. Today, everyone wants answers as to how the tragedy happened.

Paul Shutmate has lived on the block for 38 years. He says he noticed the down wire weeks ago.

At first it was marked with caution tape, but that was recently removed.

Later in the day, the statement was amended to say the tragedy remains an active, complicated investigation and they did not want to speculate on what occurred and it doesn’t matter whose line it is, it’s about understanding what happened.  Public safety is the number one priority for both DTE and the City.

Our hearts and prayers go out to the family of this young girl during this very difficult time.

DTE and the City’s Public Lighting Department (PLD), along with first responders, are diligently working together to factually understand how this tragic event occurred. This remains an active, complicated investigation, and we do not want to speculate on what occurred. It doesn't matter whose line it is, it is about understanding what happened.

Public safety is the number one priority for both DTE and the City. We are all committed to taking steps to ensure the safe operation of our electrical systems.

We want to take this opportunity to remind the public to stay at least 20 feet away from all power lines and anything the lines may be in contact with. These lines should be considered "live" and extremely dangerous. The public should also heed the warning of yellow caution tape, which indicates there is a downed power line in the area. DO NOT CROSS YELLOW CAUTION TAPE.

Should the public see a wire down, please report it online at dteenergy.com, by using the DTE mobile app, or by calling 800-477-4747.