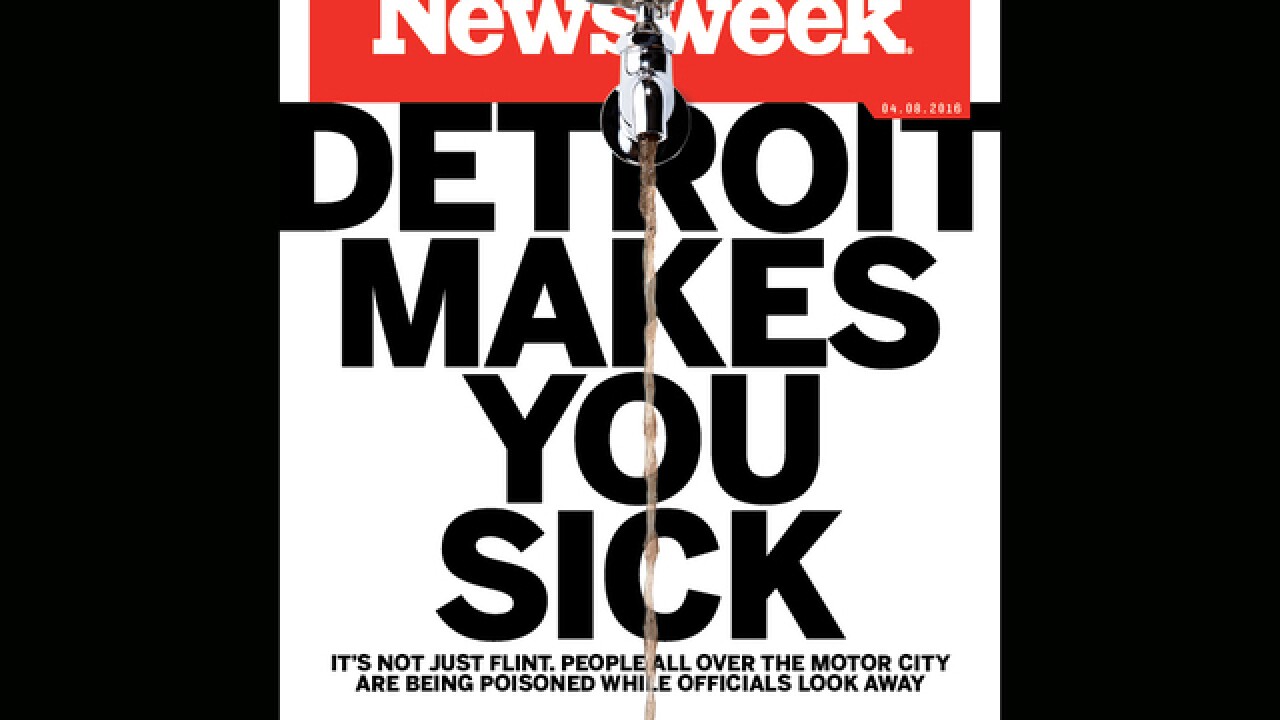 Does that get your attention? It is supposed to.

We are the cover story of Newsweek magazine and it has people talking.

The writer, Zoë Schlanger, says Detroit is making people sick because of a lack of regulatory control.

She says all eyes are on us because of the Flint water crisis. But it is not the only crisis.

Schlanger writes, and we all know, that southwest Detroit and River Rouge are dirty.

There are 52 sites of heavy industry in a 3-mile radius - belching pollutants into the air, causing high rates of asthma and other problems for people who live nearby.

This became big news again when local residents and Detroit’s mayor spoke out against the Marathon refinery asking the state Department of Environmental Quality for a permit to emit an additional 22 tons of sulfur dioxide each year.

Because of the opposition, a deal may now be in the works to reduce that, but the mix of all pollutants in this area for decades is a concern.

The Flint water crisis, lead poisoning that could have been prevented, focused the eyes of the world on us.

Common sense was missing there and she writes, it also is in southwest Detroit.

Schlanger says it is environmental injustice and even environmental racism, because the people who live here are mostly minorities, and can’t simply afford to move, at their own expense.

She hopes her story gets more people talking.