Police: Suspect in custody in kidnapping & rape of woman on Detroit's west side 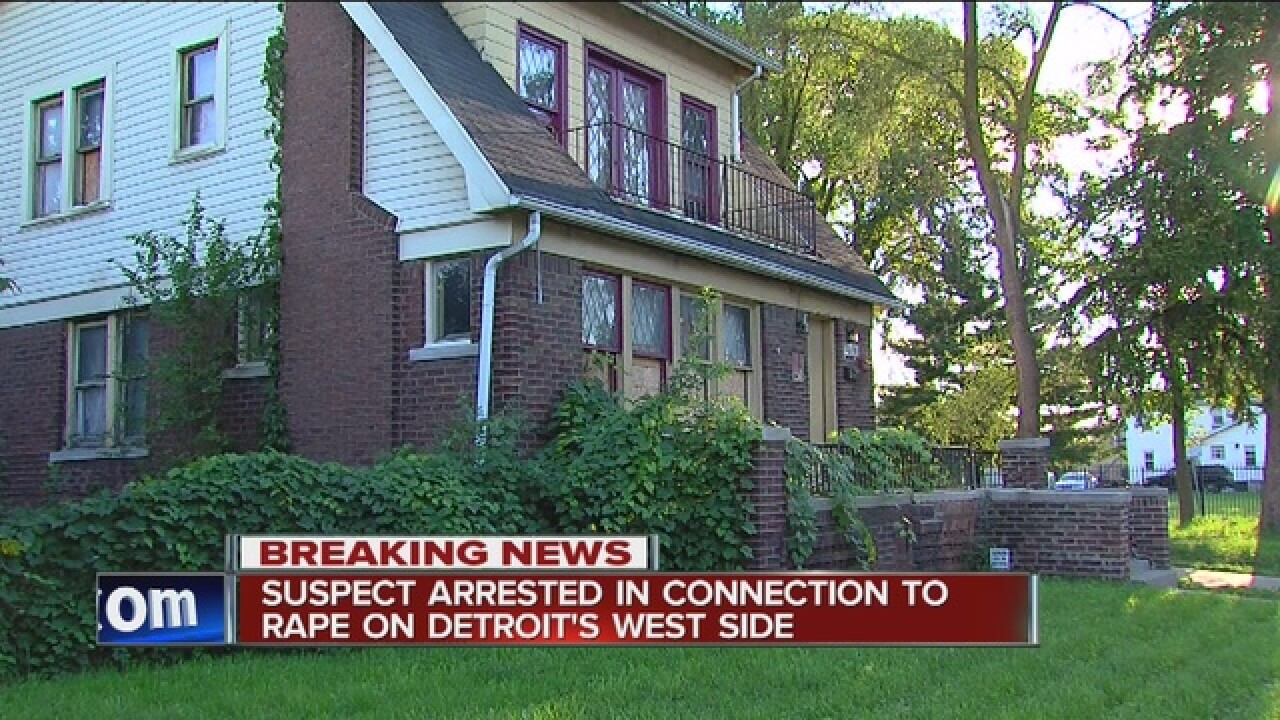 Police sources say a suspect is in custody in connection with the kidnapping, rape and torturing of a woman on Detroit's west side.

We're told a 49-year-old man snatched a 54-year-old woman while she was getting out of her car at a local store on Thursday. Police sources say the suspect then held the woman for three days in a vacant house near Schoolcraft and Schaefer.

Neighbors say the home was frequently occupied by squatters.

The woman was able to escape Saturday by breaking out a window and running to safety, according to police.

Witnesses say most of her clothes had been ripped off and she collapsed after running for about a block.

The woman had been stabbed repeatedly and is currently listed in critical condition, according to police.

Police sources say officers located the suspect near the victim's vehicle Sunday and placed him under arrest.

STAY WITH 7 ACTION NEWS AND WXYZ.COM FOR UPDATES ON THIS DEVELOPING STORY.