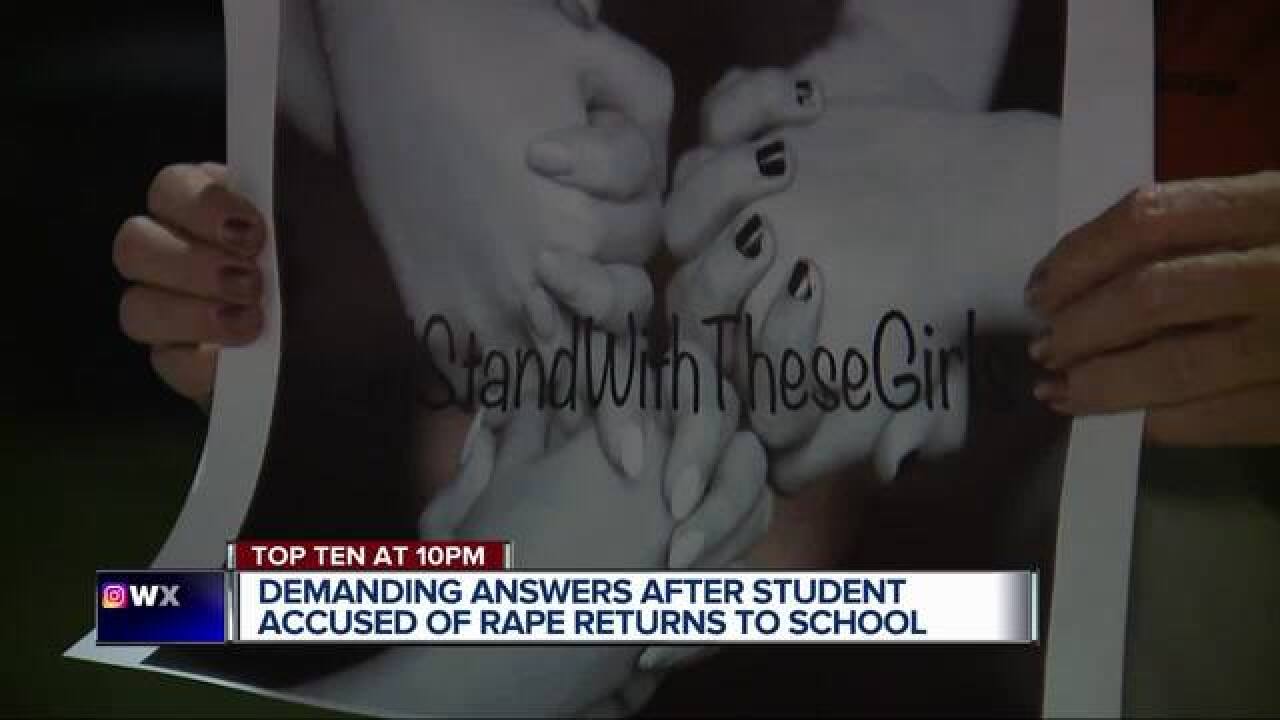 Parents in Brighton are demanding answers from the school board after a student sentenced for rape could be back in class as early as next week.

On Monday night, parents and relatives of the three victims asked the board to not allow the student back to school.

The 15-year-old was sentenced to 45 days in juvenile detention for sexual assault back in October.  His sentence is almost complete. Parents are worried what it will mean for their daughters who may have to face their attacker.

"Appalled and sickened to my core that we could possibly let a predator back into our schools or around our kids,” said one woman, addressing the Brighton Area Schools Board.

"I would like you to consider and do the right thing to protect the rest of the community, he can go to school online,” said one of the victim’s father.

7 Action News is not revealing the girls’ identities or the identity of the teen defendant since they’re all underage.

The school board president told Action News on Monday the board would not be making any statements about the matter.

The parents of the victims understand there are legal limitations, they are frustrated they don’t know what’s next.

"I would like the school to stand up and say he's not going to come here, I would like my daughter to have that comfort, knowing her school stands behind her,” said one of the victim’s mother.

The teen defendant was originally charged with 31 felonies, but accepted a plea deal, and pleaded to six.  Under the plea deal he would serve 15 months in a sexual offender rehabilitation facility, but the judged changed his sentence to 45 days in juvenile detention.

"He was charged with 31 felonies, he pleaded to six, there's no way in 45 days he's cured or better,” said one of the victim’s mother.

Parents of all three of the victims said their daughters are terrified of when he is released.

"She's extremely afraid of him being loose in the community not just coming back to school,” said one mother.

The teen defendant will be back in court for his review on Dec. 4.