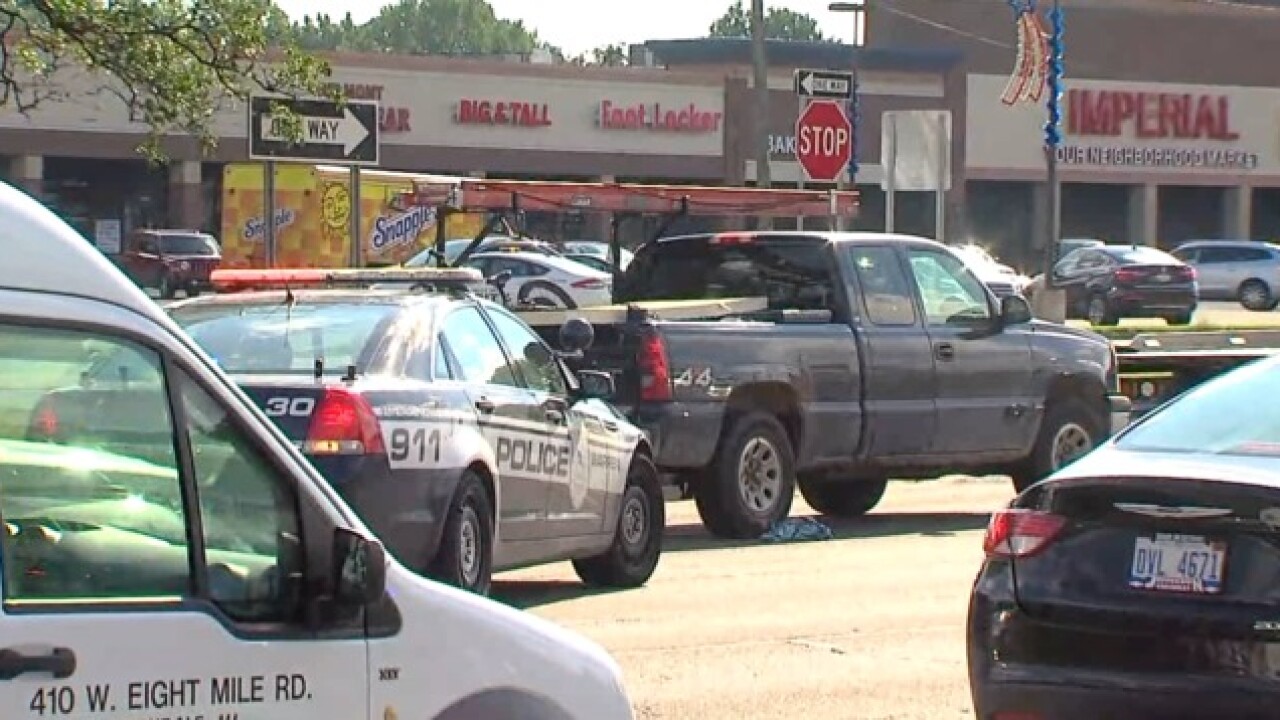 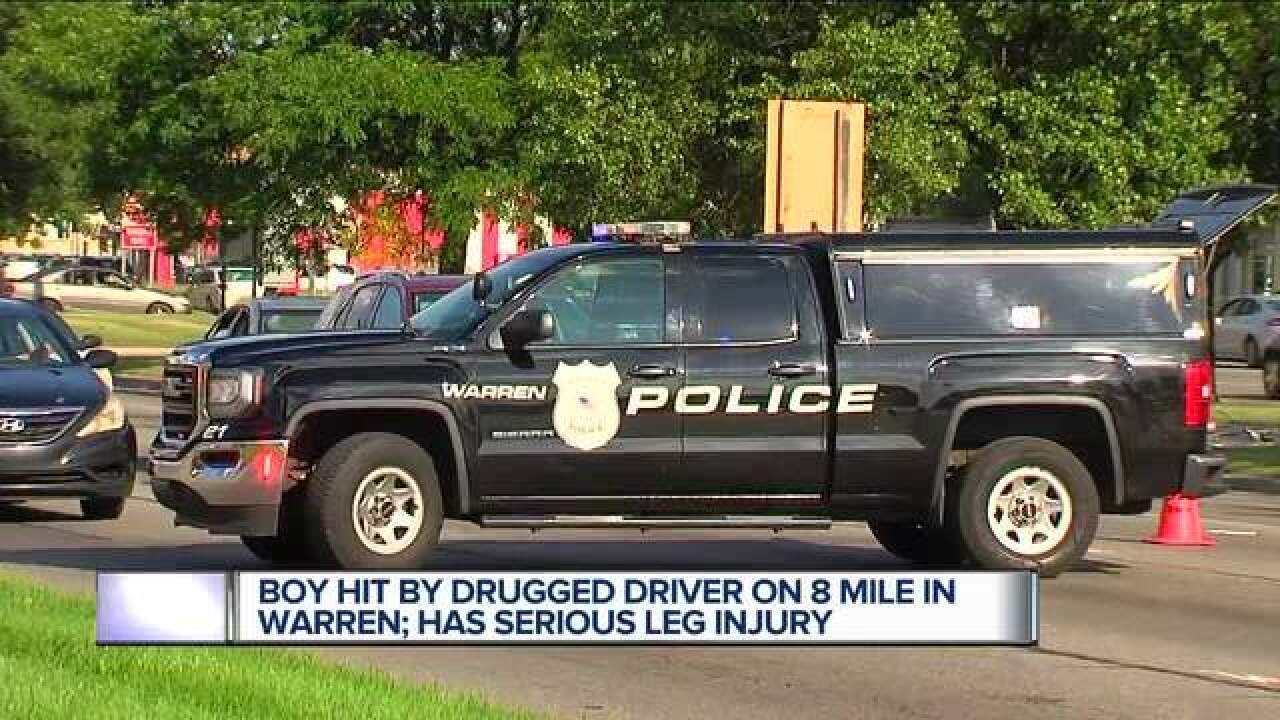 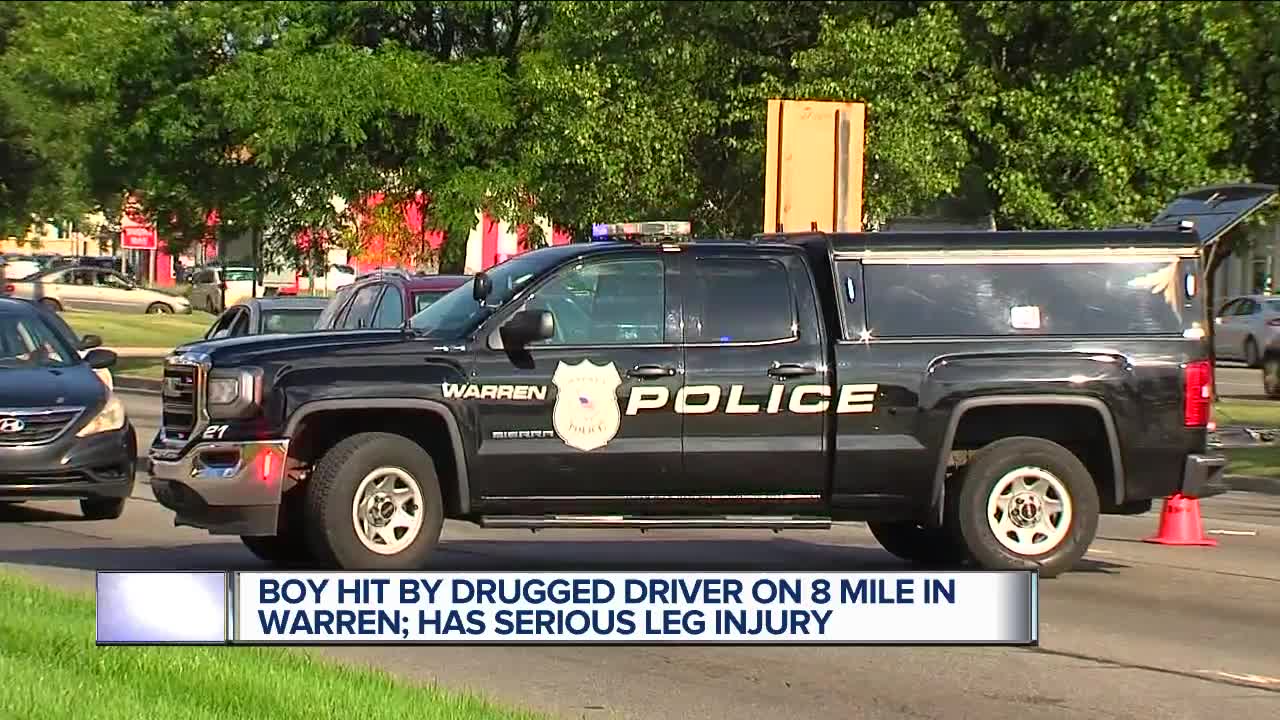 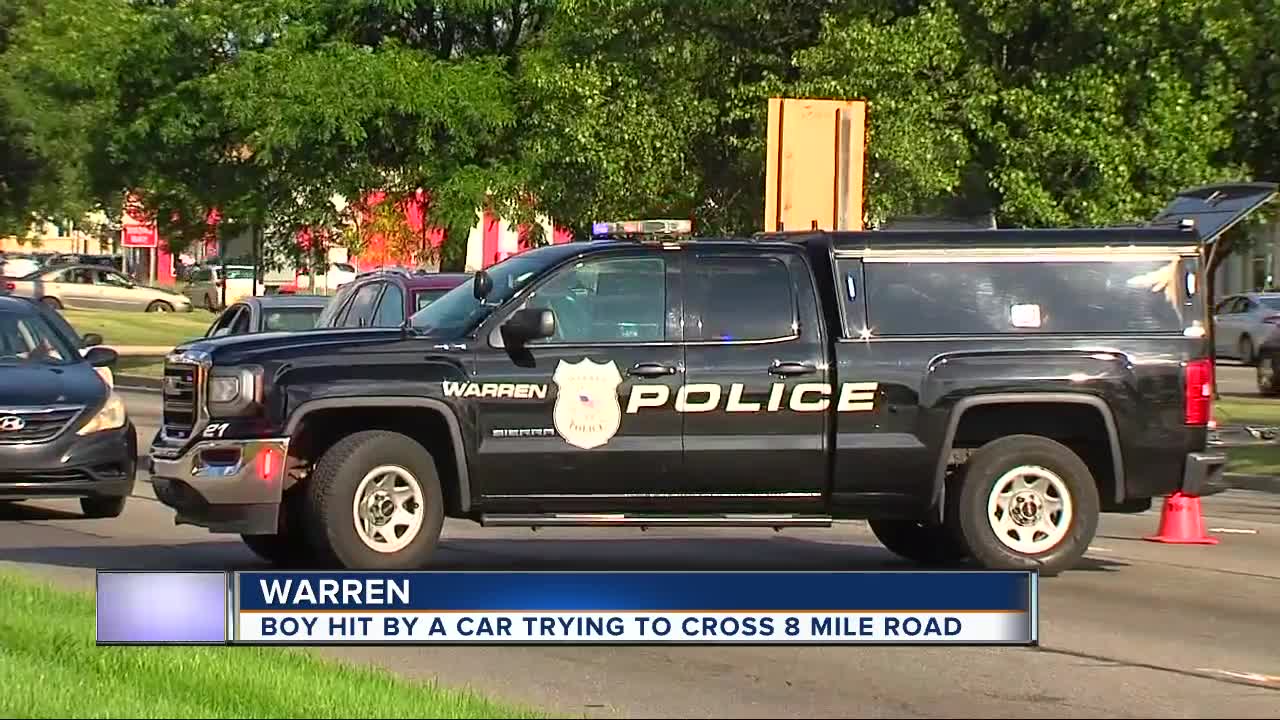 A family is praying for a young boy after he was hit while crossing a very busy 8 Mile in Warren Wednesday afternoon.

Warren Police commissioner Bill Dwyer says the boy is in the hospital with a serious leg injury.

Shirley Smith who works nearby says she heard the crash, then saw the boy laying in the road.

"We just saw him laying in the middle of the street," Smith said.

Police say the old boy is 10 or 11-years-old and was hit while crossing 8 Mile near Cline.

"He was in pain he seemed like he was in a lot of pain because when we first came out, he was just yelling," Smith said.

The boy has a serious leg injury from the accident. He was taken to Children's Hospital.  Witnesses say the boy's injuries didn’t look good.

"His leg got stuck inside the wheel of his bike, and the bone was sticking outside his leg," Smith said.

The driver, a 60-year-old man was arrested and charged with operating under the influence of drugs.

"I prayed it don’t happen cause someone is going to get hit and I’ll be, today was that day, a little boy got hit on 8 Mile, it was just like oh wow," Smith said.