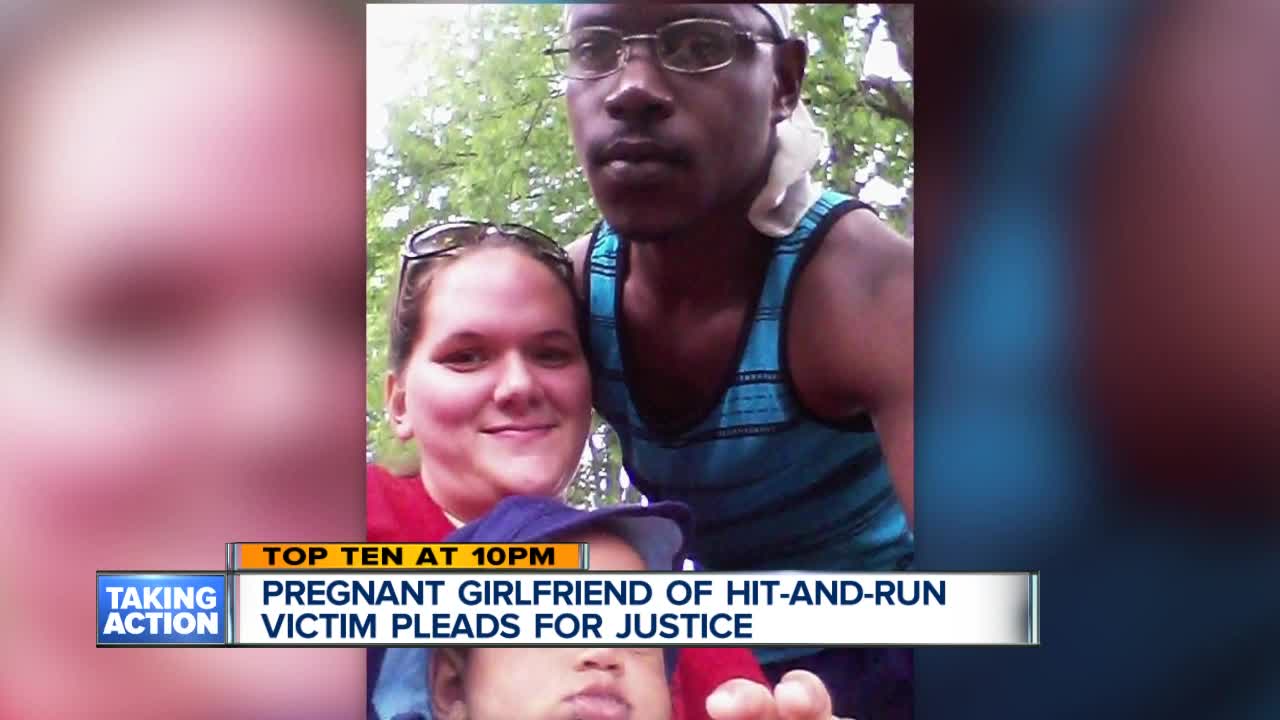 A deadly hit-and-run in Macomb Township remains unsolved after more than two months.

The victim’s girlfriend is pleading for justice. She’s also learned some life changing news since his death:  she’s pregnant with his baby.

The victim, 29-year-old Kevin Fletcher, always biked to work. If he had anywhere to be - he biked, according to his girlfriend, Katie Somers.

"He was coming home on his bike, he rode his bike everywhere, rain or snow, it did not matter, he did whatever he had to provide,” said Somers.

On November 5, around 1:30 a.m. he was finishing a late shift at work at PF Changs and biking home.

Investigators say he was hit by a Jeep in the area of Hall Road and Romeo Plank Road and the driver just kept going.

"They could have stopped, they did not have to just go,” said Somers.

The Macomb County Sheriff’s Office has been investigating for the last two months. They’re looking for a Jeep with damage to the front headlight and the rear wheel well on the passenger side, but no one has come forward.

In the weeks after his death, Somers has since found out she’s pregnant with their second child.

"I found out I was pregnant and he didn't even know,”  said Somers.

The couple already has Kevin Jr. who will be turning one next month, and doesn’t really grasp his dad is gone.

Somers wants justice for her boyfriend.

"I'm literally begging somebody to come forward, it's been over two months and nobody's come forward,” said Somers.

Somers also found out Fletcher was planning to ask her to marry her on Christmas. He even had the ring, but he never got the chance.

If you have any information about this hit and run call the Macomb County Sheriff’s Office at 586-307-9412.