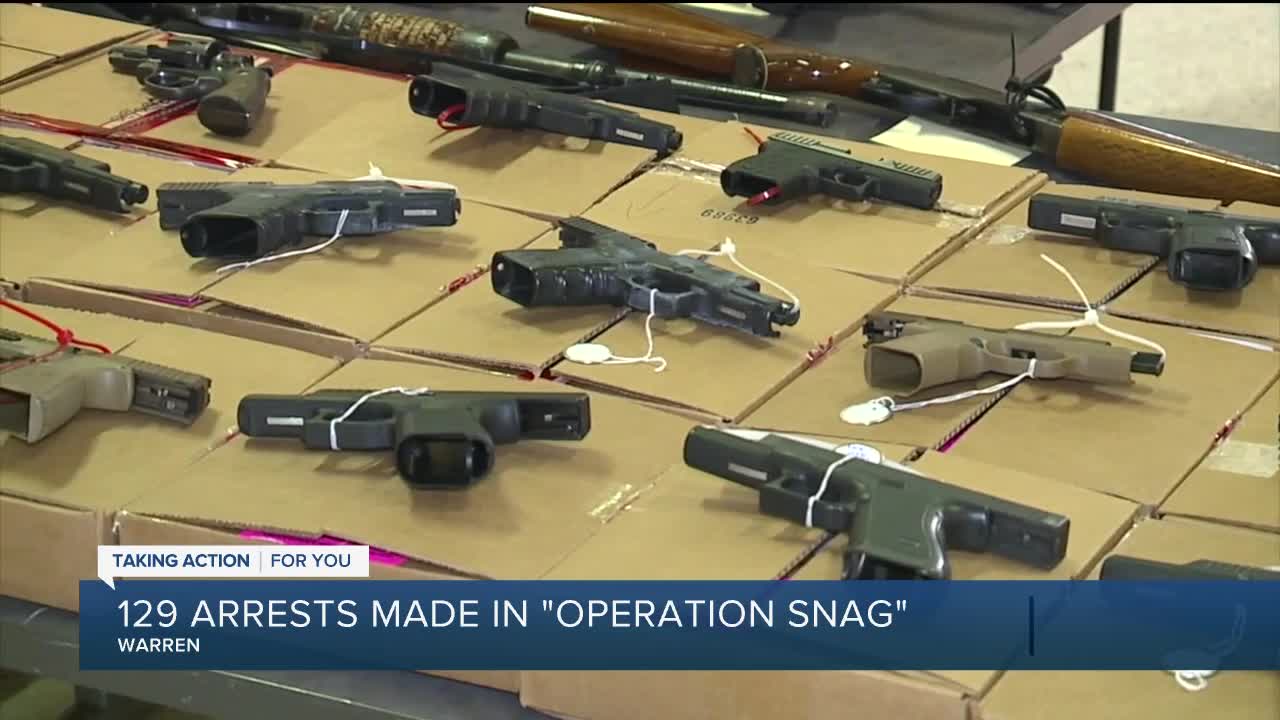 Warren police performed operation SNAG - Saving Neighborhoods Against Guns - over two months and put their take on the table at an afternoon news conference inside the Police Department.

WARREN, Mich. (WXYZ) — Warren police performed operation SNAG - Saving Neighborhoods Against Guns - over two months and put their take on the table at an afternoon news conference inside the Police Department.

Thirty-eight handguns and eight long guns were on display. The remaining 28 guns were in the State Police Crime Lab.

Police Commissioner Bill Dwyer says some have been used in shootings, including in other cities.

During SNAG police say they’ve made 129 arrests, filed 252 felony charges, and taken 75 guns off the streets.

Part of the focus has been in south Warren where shootings helped drive the police surge.

There were also armed robberies at two 7-11 stores, at 10 Mile and Hayes and 10 Mile and Mound, in two days. The robberies were in July.

Police say they’ve arrested a 23-year old man in Detroit and recovered a gun they believe was used.

Surveillance cameras are at the store on Hayes and may have assisted in the case.

Warren Mayor Jim Fouts says the recovery of the illegal guns may have saved lives.