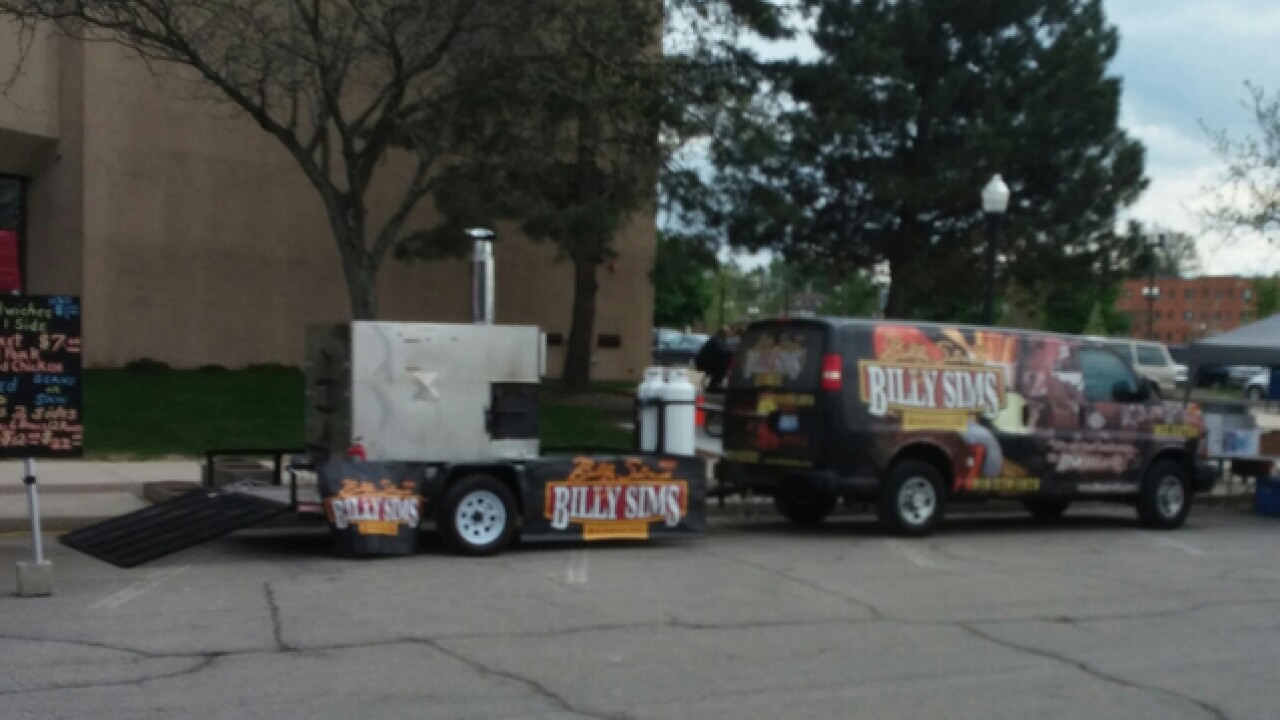 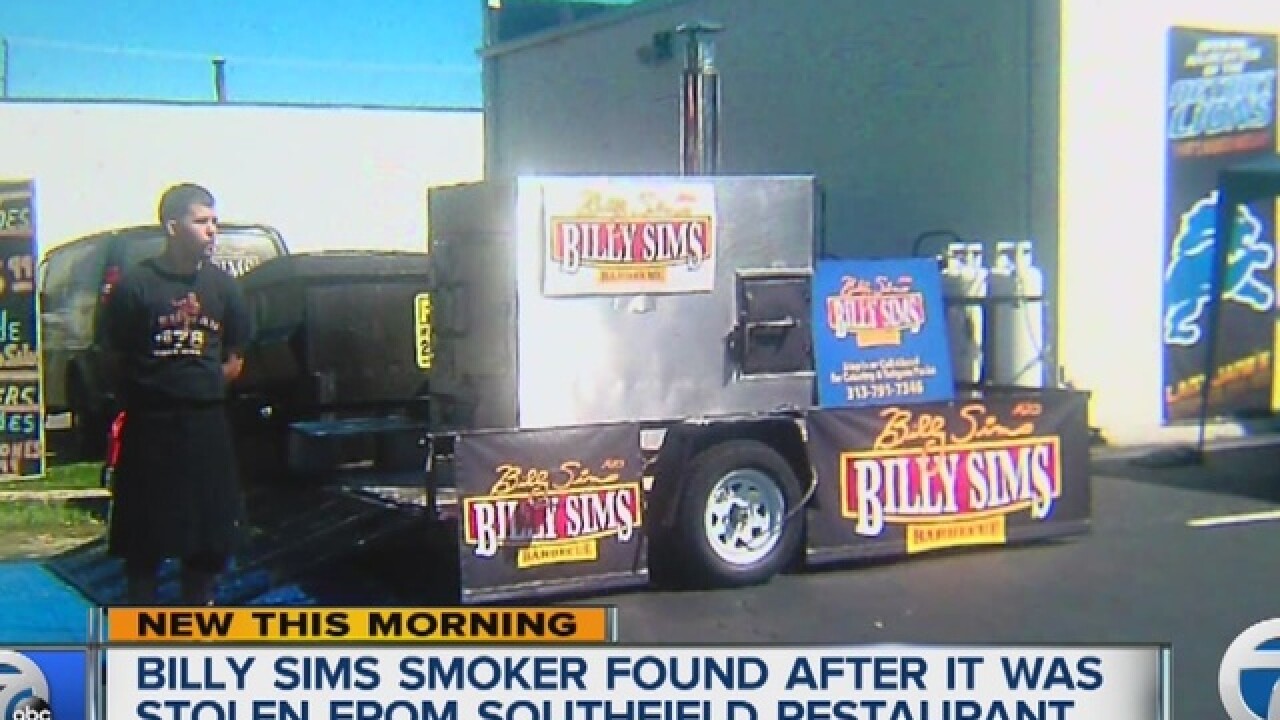 The Billy Sims BBQ smoker that disappeared from their Southfield location at 10 Mile and Telegraph over the weekend has been found.

A woman who saw the original story on 7 Action News called police when she spotted the equipment at Beaverland and Grove. That's about five miles from where it was taken.

Company officials say the smoker was stolen between 9:30 p.m. Saturday and 8:00 a.m. Sunday. Officials say the thieves also returned to steal the spare tire off the trailer.

Officials say the smoker, which is used to support community events Billy Sims BBQ participates in, is worth $17,000.

While the smoker has been returned, police have not many any arrests.

The restaurant was offering $500 for information on the whereabouts of the commercial-sized smoker, there is no word yet on whether the caller will get the reward money.