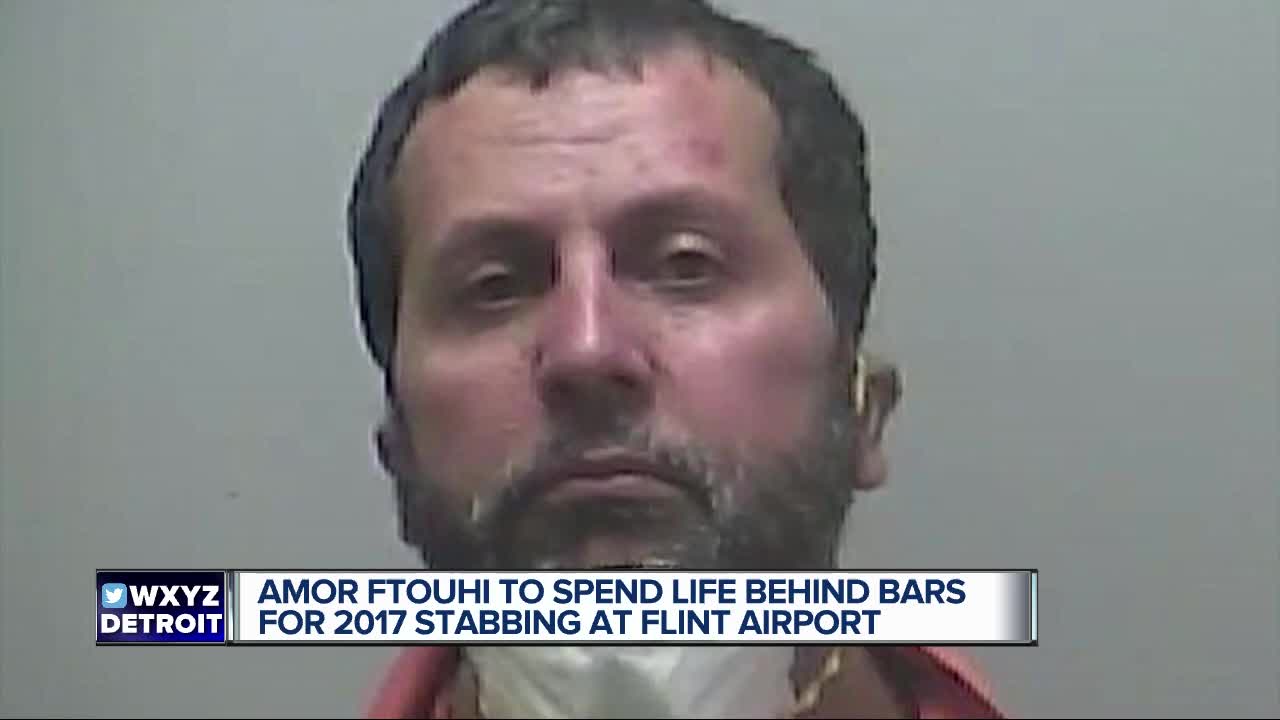 Fifty-one-year old Amor Ftouhi will spend the rest of his life in prison. Federal Judge Matthew Leitman imposed the sentence in Flint after hearing Ftouhi say he regrets he didn’t kill the cop, regrets he didn’t kill people, and regrets he couldn’t get a machine gun. Ftouhi was convicted in the June 2017 attack at Flint’s Bishop Airport. Police Lt. Jeff Neville was approached from behind and his throat slit with a knife.

Ftouhi was convicted in the June 2017 attack at Flint’s Bishop Airport. Police Lt. Jeff Neville was approached from behind and his throat slit with a knife.

Outside of court after the sentencing Neville said, “I would have been disappointed if he didn’t get life because he’s really a dangerous man, because I think if he got out of prison at 70-years-old he’d still be a dangerous man.”

Ftouhi’s rant in court was stunning, disturbing and more than anyone had heard in years. He told the judge he still had Jihad in his heart and Jihad in his blood.

The Judge stopped him to warn him he wasn’t helping the Judge to decide on a sentence. Defense Attorney Joan Morgan told the Judge Ftouhi had mental issues and argued for 25 years in prison.

Lt. Dan Owen was a firefighter at Bishop Airport and a first responder as the attack broke out.

He said outside of court, “I was right there when he started yelling Allah Akbar kill all the infidels. He obviously still has those thoughts.”

Ftouhi was raised in Tunisia and moved to Montreal where he was living with a wife and two kids when he became a radicalized Muslim. The feds found he had planned the attack weeks in advance, making lists where he could buy a gun and they found picture Ftouhi took of an AR-15 Assault Rifle at the Gibralter Trade Center.

He said after sentencing, “It was a cowardly attack. And it changed us.”

Jeff Neville left his career with PTSD and thinks about the attack every day. The right side of his face remains numb.

He said, “I don’t hate that man. And the reason I say 'that man' is because I won’t say his name. That’s one thing I won’t do.”

Ftouhi is appealing his case, but for now will spend life in prison.

Judge Leitman said he was convinced beyond a shadow of a doubt the sentence was needed to keep Ftouhi from killing.