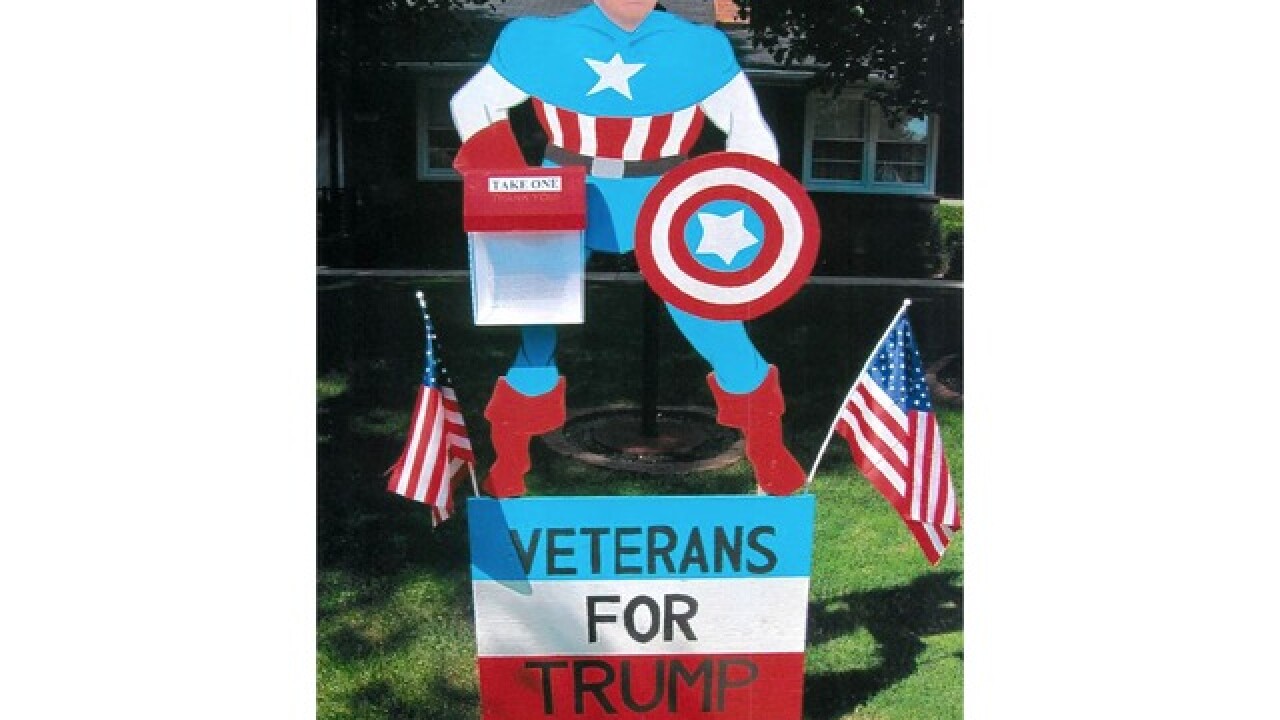 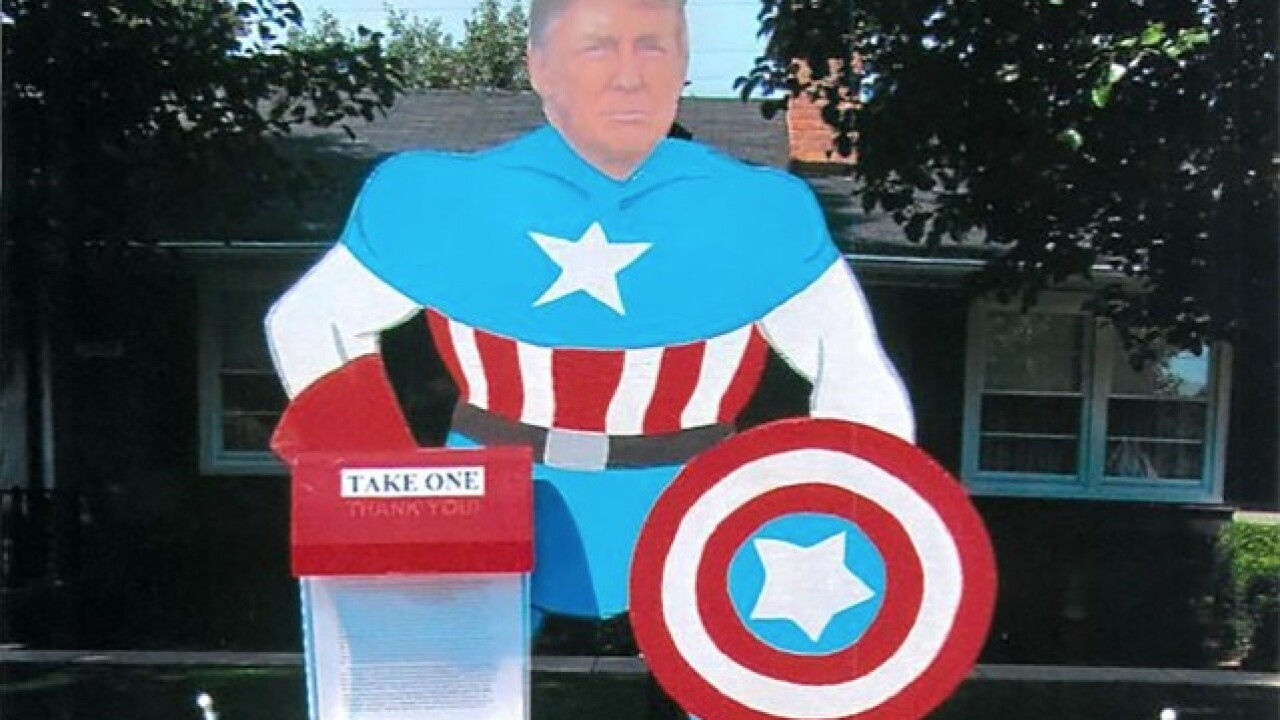 Livonia police are asking for your help after a "Veterans For Trump" lawn display was stolen overnight.

The display is a "life-sized figure of Donald Trump depicted as Captain America standing atop a pedestal adorned with two US Flags and a 'Veterans For Trump' message."

The sign was made by Alvin Link, who was in the U.S. Navy during World War II. He had cut and painted it.

Link, who made the sign to spread the message of why he's voting for Trump, says the sign was probably worth about $1,300. He even made a second, so he'd have a better idea of the cost for his home owner's insurance.

Links says he is filing a claim on his insurance. He's also making a third sign.

"I'm working on another one because, if this one goes, I have to be ready," Link says.

He also says that, if it was a supporter who took the sign, he hope that that person enjoys it.

Anyone with information about the theft is asked to call Livonia police at 734-466-2740.