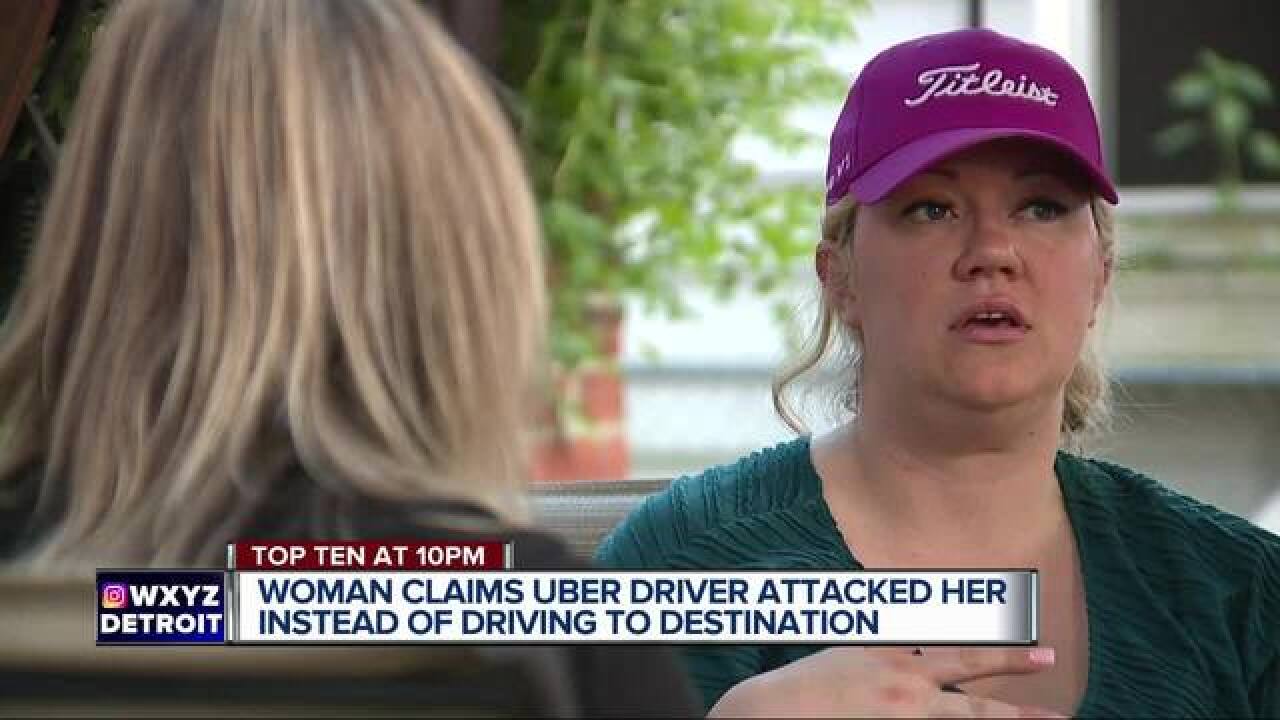 A woman claims an Uber driver attacked her on Sunday while she was attempting to get a ride from Walled Lake to Novi.

Jennifer Bridges said she used the Uber app to get the driver around 8 a.m. Sunday. She was leaving Walled Lake to get her car that she left parked at a golf course in Novi the night before.

After she was picked up, she said she noticed the drive was taking longer than expected.

"He was supposed to take me seven miles away and he actually ended up taking me 21 miles away,” said Bridges.

She said her phone was dead and she asked the driver to use his to call her friend.  She said the driver complied and she confirmed the Novi drop off location again to the driver, but he didn’t take her there.

"It was an industrial parking lot he turned down, I thought he was just going to turn around,” said Bridges.

She said he didn’t turn around. Instead he put the car in park and attempted to attack her.

"I was in shock and then, at that point, my instincts took over and I was able to get him off me and get out of the car,” said Bridges.

She said during the attack, he somehow broke a bone in her foot. Bridges said she ran away from the driver before he left the area.

She told 7 Action News she flagged down another driver at a nearby gas station and then called for help.

"I will never Uber again and I will never get in a car with a stranger alone,” said Bridges.

Uber confirmed with 7 Action News the company has disabled the driver’s access to Uber and is complying with the Northville Township police investigation.

What's been described is unacceptable and not tolerated on the Uber app. As soon as we became aware of this report, we removed this driver's access.