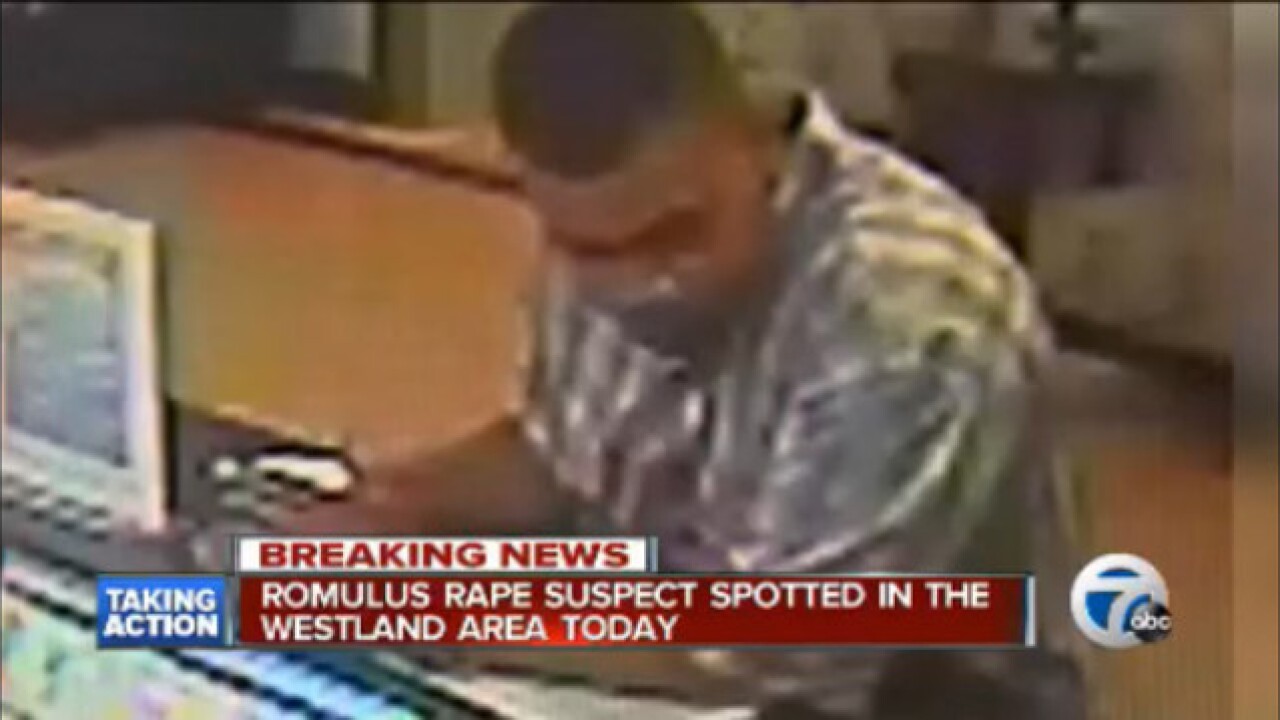 Sources tell 7 Action news a man wanted in connection to the rape of a flight attendant in Romulus was spotted in the Westland area.

U.S. Marshals were said to be searching for the suspect late Thursday night.

Police say the victim had a layover Sunday night into Monday morning at Detroit Metro Airport.

She was staying at the Days Inn Hotel in Romulus.

Surveillance video showed the suspect going through documents at the front desk of the hotel. Police say he then somehow got into the woman's room and sexually assaulted her.

As of early Friday morning, he was still on the loose.