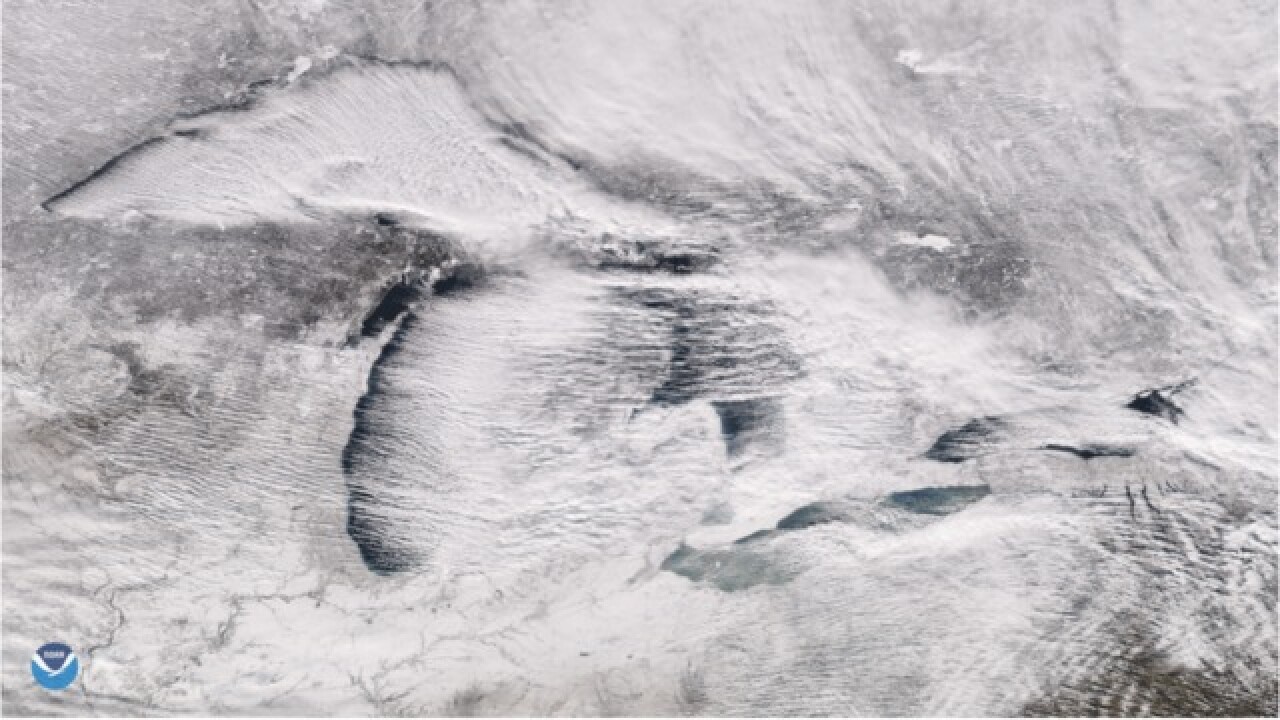 Copyright 2017 Scripps Media, Inc. All rights reserved. This material may not be published, broadcast, rewritten, or redistributed.
<p>Photo via National Oceanic and Atmospheric Administration</p>

The National Oceanic and Atmospheric Administration has released a stunning satellite image of what they say is 'cloud streets' over Michigan on Christmas day that helped around 5-feet of snow fall in parts of Pennsylvania.

According to the NOAA, the Suomi NPP satellite's VIIRS instrument captured the image of rows of clouds streaming over the Great Lakes a couple of days ago.

"Long, parallel rows of clouds over the Great Lakes are common in early winter, when frigid arctic air from Canada crosses the relatively warm lake water," the NOAA writes.

The NOAA says when the rising, warmer air hits the colder air above, it condenses into cumulus clouds and cools and sinks on either side, which creates the parallel clouds.

"At times when there is a large temperature contrast between the surface air and lake water, these cloud formations can deliver heavy lake effect snows ont he downwind shores of the lake," they added.

According to Coast Watch, the water temperatures of Lake Michigan are in the 30s and 40s, which compared to the temperatures hovering around zero or below.