School buses returning to the road, how to keep kids safe 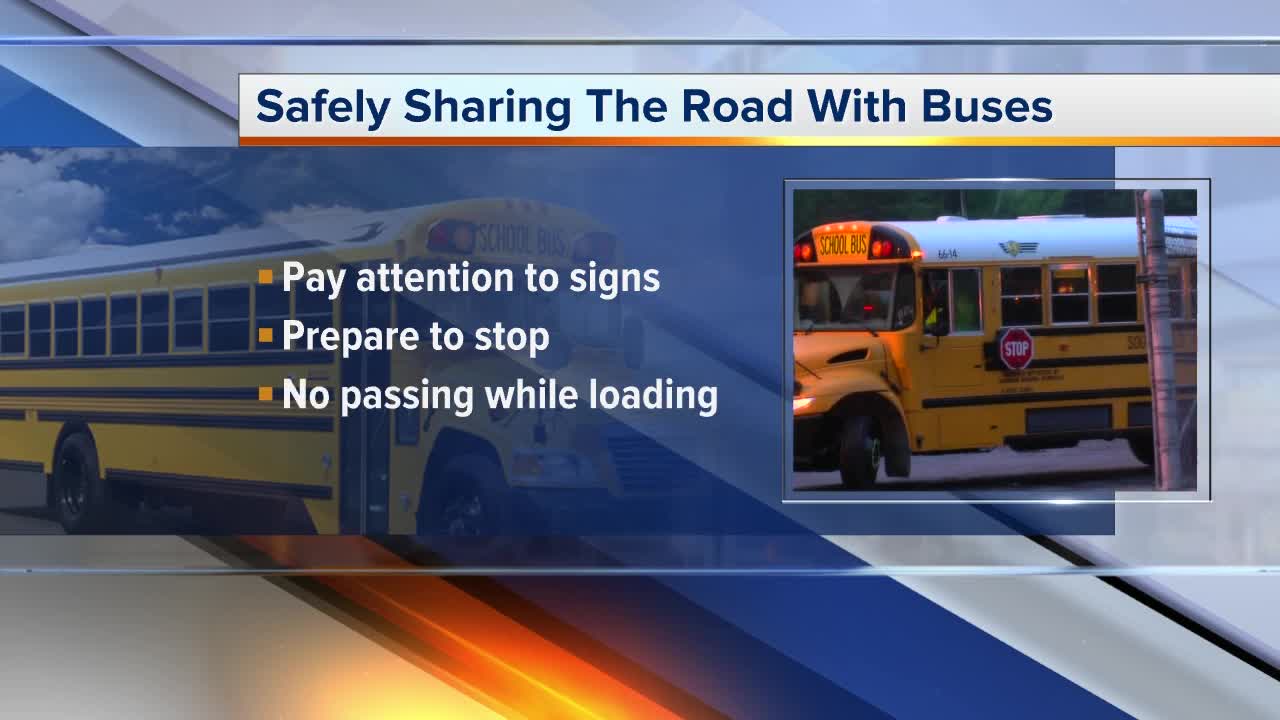 As we continue our back-to-school coverage, we're taking a look at sharing the road with school buses. The summer has been spent with buses off the road, so we want to remind you about the rules you need to follow with buses on the road. 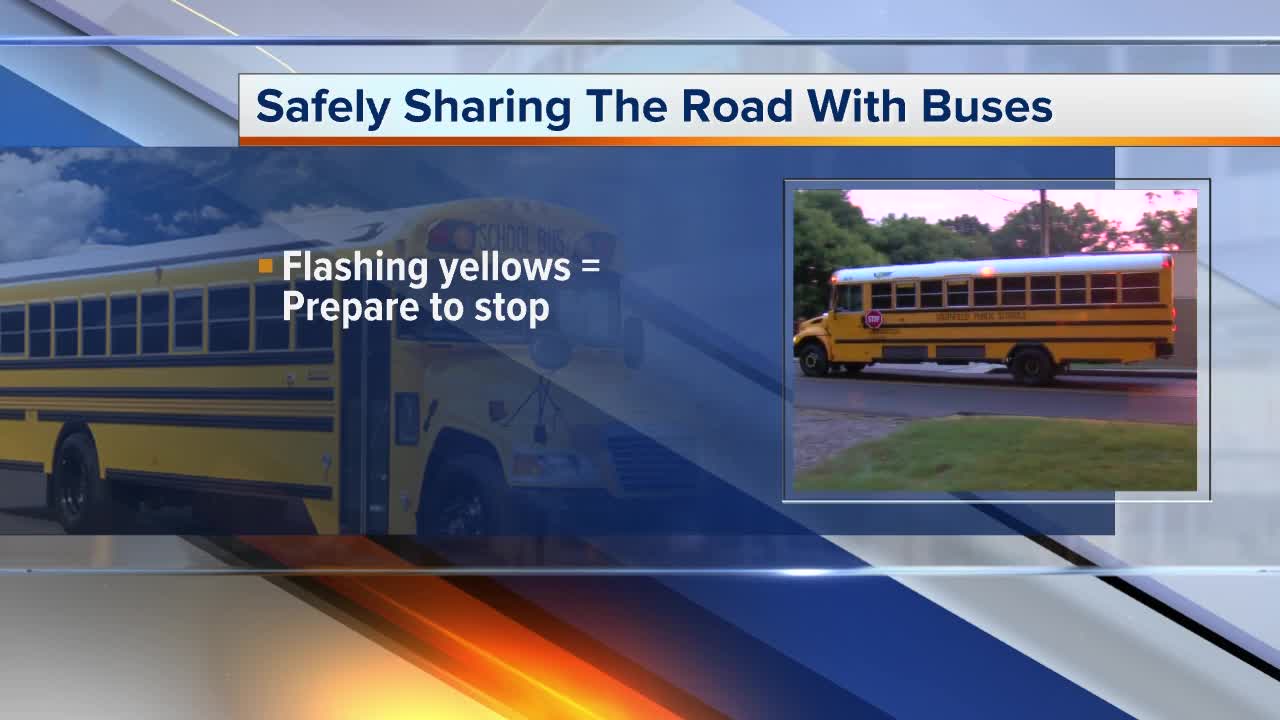 Thousands of metro Detroit parents are preparing to send their children back to school, but everyone will be dealing with extra congestion on the roads as school buses return to the road.

John Julian, a school resource officer for the Troy Police Department, told 7 Action News that it’s important that people take precautions and give themselves extra time when they’re preparing to share the road.

School buses are required to stop at all railroad crossings, and they’ll stop regularly to pick up children. School buses are large so your visibility around them is limited. It’s not just moving school buses that you need to watch out for, Officer Julian noted that a stopped bus causes safety concerns if drivers don’t pay attention.

“You never know,” said Julian. “We see it so many times, you’re crossing and you see a kid forget their backpack — or maybe they want a parent to give them a hug — they may cross in front of a school bus when you least expected it.”

In fact, the most severe accidents involved school children often happen outside of the school bus. The National Highway Traffic Safety Administration notes that 36-percent of school-age pedestrians that died in school-related accidents were struck by another vehicle on the road.

Julian warns that the added traffic can lead people to rush, pair that with distracted driving and you have a recipe for disaster.

“Texting is huge,” he said. “You’ll see a light turn green and no cars are moving, and when you get up next to them it’s because they’re texting. So, just being away that they ere is a school bus, a crosswalk, that kids are crossing the street is important because a distraction can cause a lot of danger.”

The Michigan State Police note that the majority of school bus-related deaths and injuries are the result of children being hit crossing the road to enter/exit a school bus. They also are providing safety tips for drivers near school buses:

* Prepare to stop when a slowing bus has its overhead yellow lights flashing
* Stop at least 20 feet away for buses when red lights are flashing, unless driving in the opposite direction on a divided highway
* Slow down in or near school and residential areas
* Look for clues-such as safety patrols, crossing guards, bicycles, and playgrounds-that indicate children might be in the area
* Watch for children between parked cars and other objects
School buses are like traffic signals
* When overhead lights are flashing yellow: Prepare to stop
* When overhead lights are flashing red: Stop
* When hazard warning lights are flashing: Proceed with caution
School bus safety tips for students:
* Always stay in sight of the bus driver
* Don't hurry off the bus; check traffic first
* Don't go back to the bus after exiting

It’s not just school buses that cause change, Officer Julian noted that crossing guards are a major concern when school returns.

“They’ll call me and say, ‘Hey, what do I do parents are trying to go by me?’” said Julian. “It’s not just parents, but people try to ‘squeeze’ around them, it’s a real issue.”

Ignoring a crossing guard is a ticketable offense, but it’s also extremely dangerous. While the back-to-school season typically draws attention for shopping, and preparing a child for school police recommend that adults take time to reassess their own schedules, and game plan additional time for their morning routine so they’re not rushing and taking risks near school children.