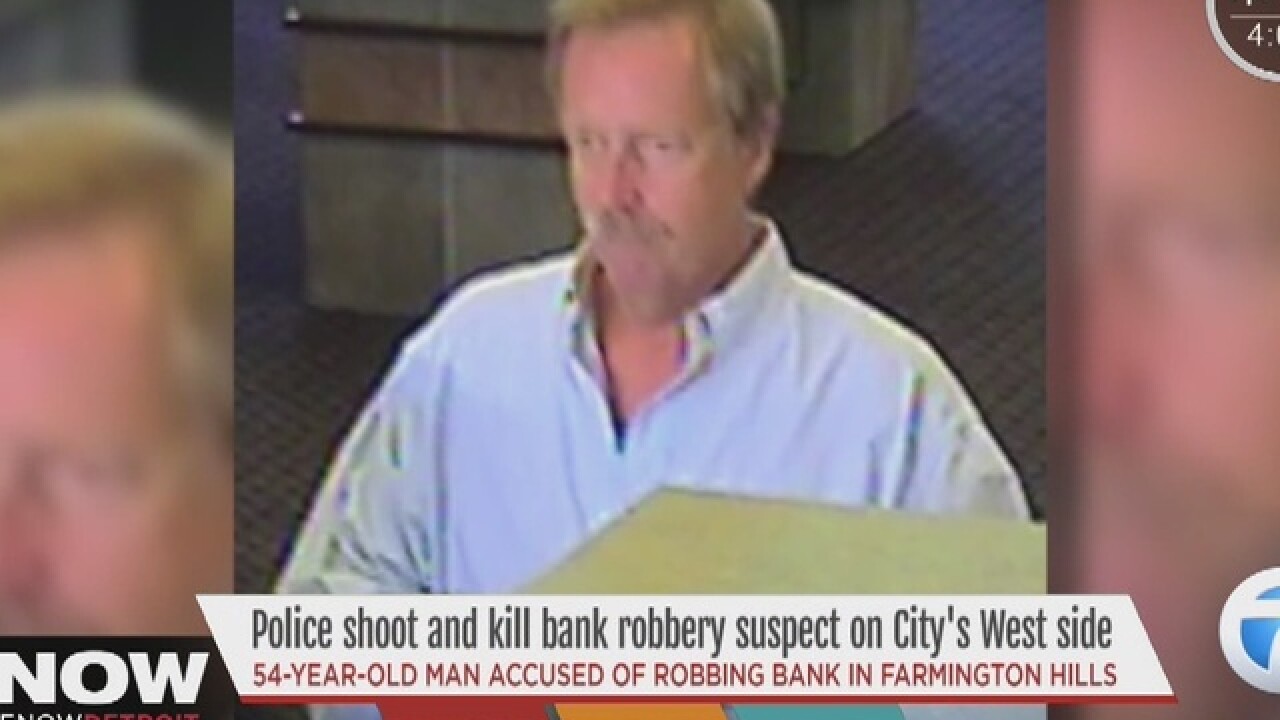 A bank robbery suspect is dead following after being shot twice by members of a multi-jurisdictional task force.

The shooting happened Wednesday morning at the Victory Inn & Suites on Telegraph Road near Six Mile.

According to Detroit Police, the 54-year-old man was suspected of robbing a bank in Farmington Hills Tuesday morning.

Tips lead members of the task force to the motel.

When the officers confronted the suspect in a room, police say he was armed with a large knife. The suspect was shot in the stomach and shoulder.

Following the shooting, he was transported to a nearby hospital where he was pronounced dead.

The shooting involved an officer from the West Bloomfield police department and the Michigan Department of Corrections.

The suspect was also wanted for a parole violation and was convicted of robbing a bank ten years ago.

The shooting is under investigation.