Source: Deputy Attorney General Rosenstein is expecting to be fired 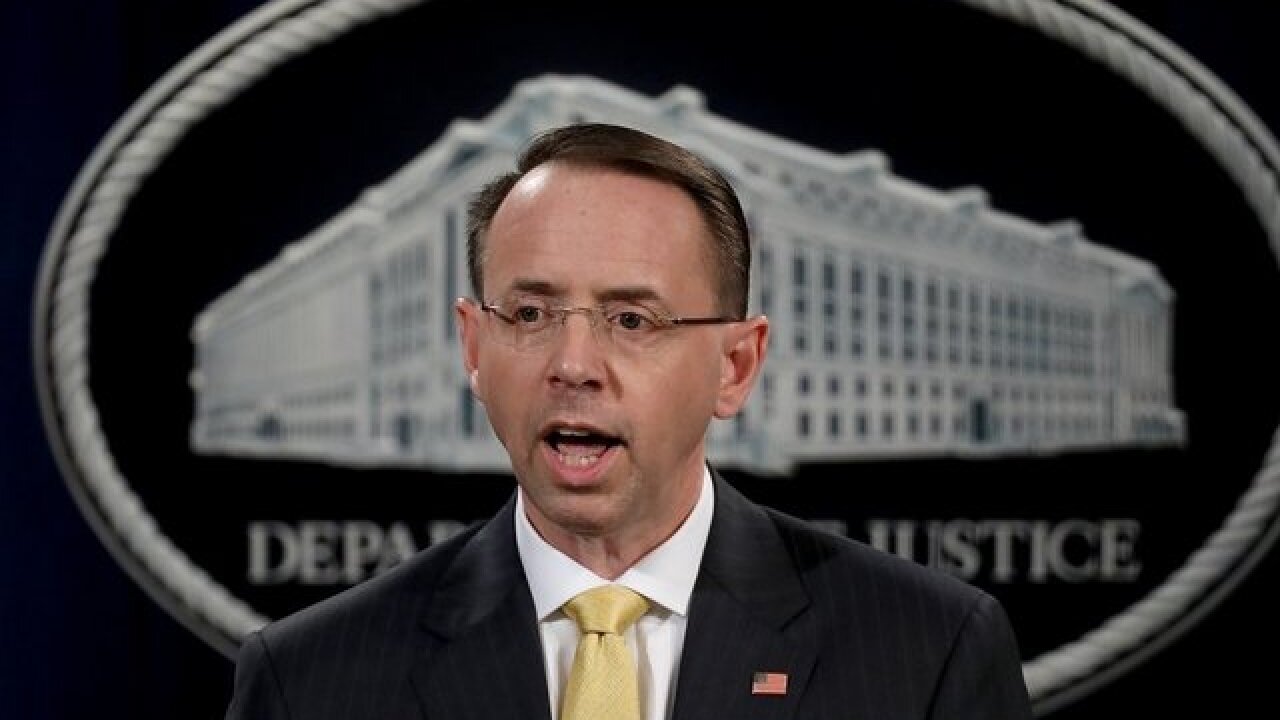 WASHINGTON (AP) – Deputy Attorney General Rod Rosenstein is expecting to be fired Monday at the White House, after critical comments about Trump.

That's according to a source familiar with his thinking who wasn't authorized to speak on the record and spoke to The Associated Press on the condition of anonymity.

It follows reports Friday that Rosenstein floated the idea of secretly recording President Donald Trump last year and that he raised the idea of using the 25th Amendment to remove Trump as unfit for office. Rosenstein has denied the reports.