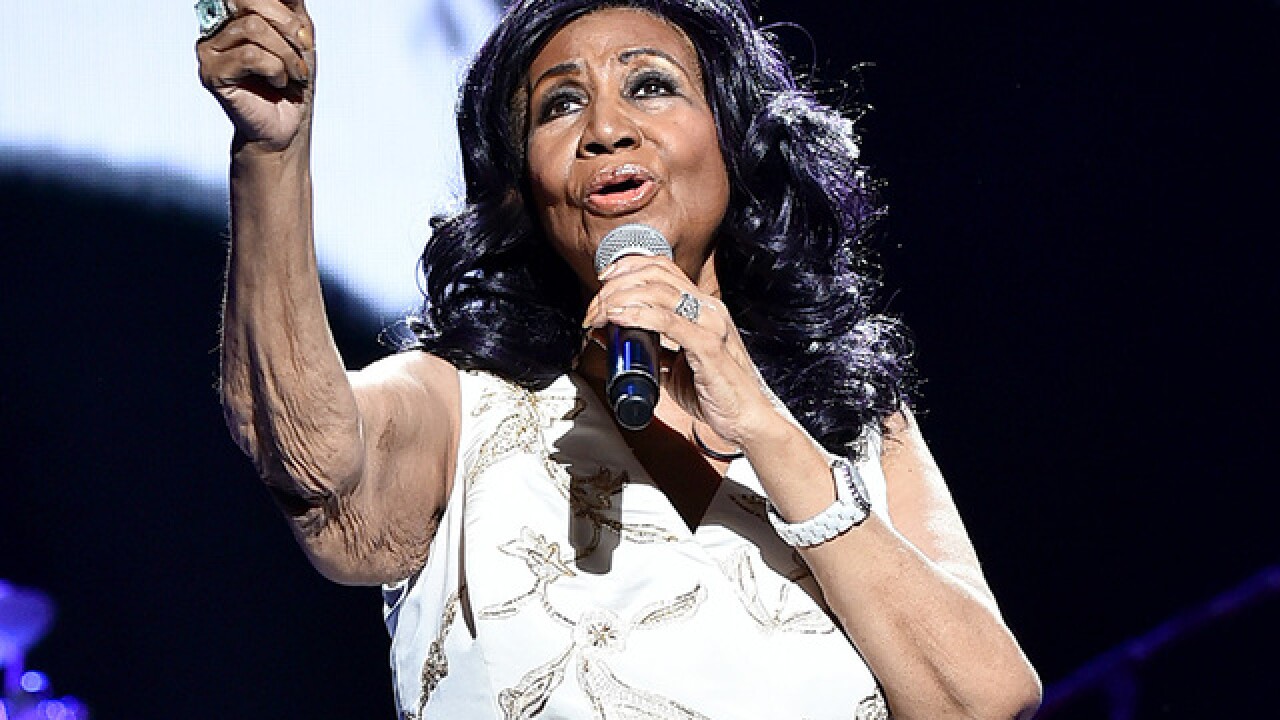 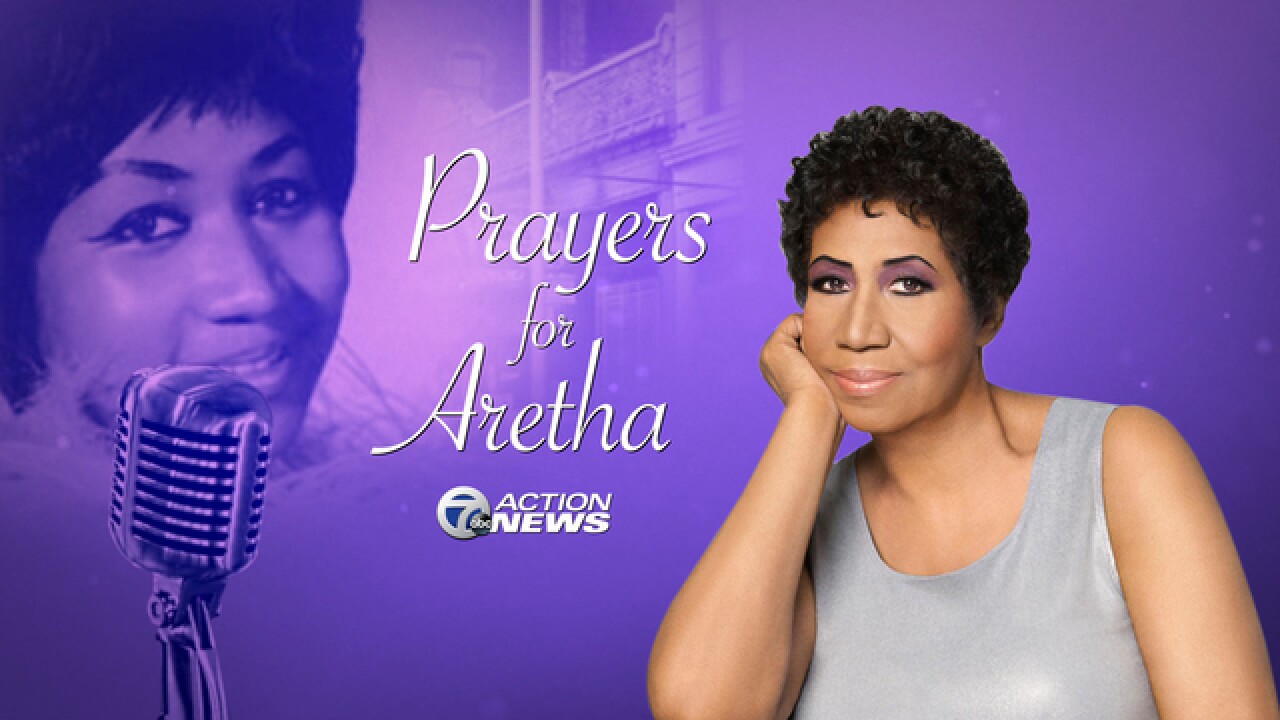 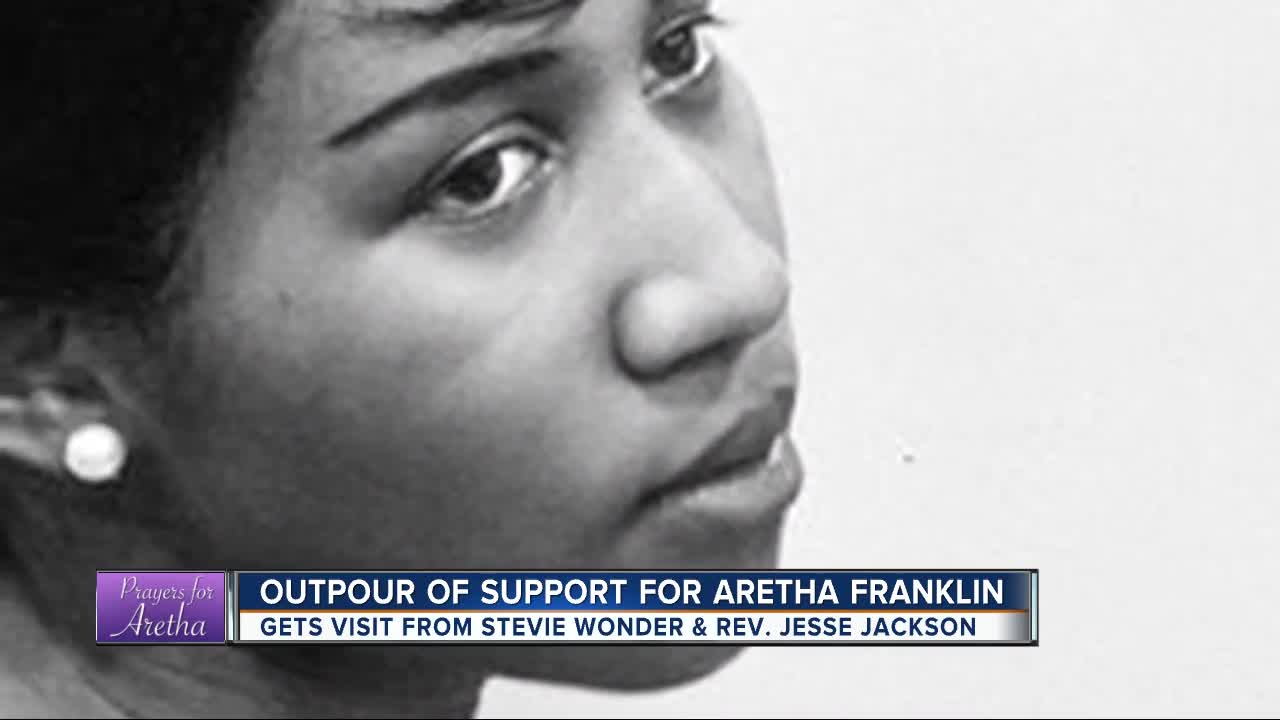 Stevie Wonder visited an ailing Aretha Franklin at her home in Detroit on Tuesday.

“I’ve been praying ever since I heard,” said signing legend Reeves, who has been friends with Franklin since they were children.

Martha also campaigned to have a statue built for the singer. She envisions the perfect spot to be in Hart Plaza.

“On her throne with a crown on her head facing Windsor. She’s got a lot of memorial bricks for her father,” she said.

Franklin canceled planned concerts earlier this year after she was ordered by her doctor to stay off the road and rest up. The 76-year-old announced plans to retire last year, saying she would perform at "some select things."

At her concert in Detroit on Monday night with Jay-Z, Beyonce thanked Franklin for her "beautiful music" and said "we love you."

Former U.S. President Bill Clinton tweeted Monday that he and Hillary Clinton "are thinking about Aretha Franklin tonight & listening to her music that has been such an important part of our lives the last 50 years."

Like people all around the world, Hillary and I are thinking about Aretha Franklin tonight & listening to her music that has been such an important part of our lives the last 50 years. We hope you’ll lift her up by listening and sharing her songs that have meant the most to you.

In an interview with the AP on Monday, Emmy-winning actor Sterling K. Brown said, "May I wish the Queen of Soul all the best."

"Your music has moved and inspired a generation," he added, "so my prayers are with you. Wishing you all the best, queen."

Actress-singer Mandy Moore, who stars in "This Is Us" with Brown, said Franklin has "the most incredible legacy."

"Who is not a fan? I don't think there is anyone that Aretha Franklin's music has not touched or influenced in one way or another," she told the AP. "She's the best of the best."