Teen charged with attempted murder, accused of stabbing another teen in the heart 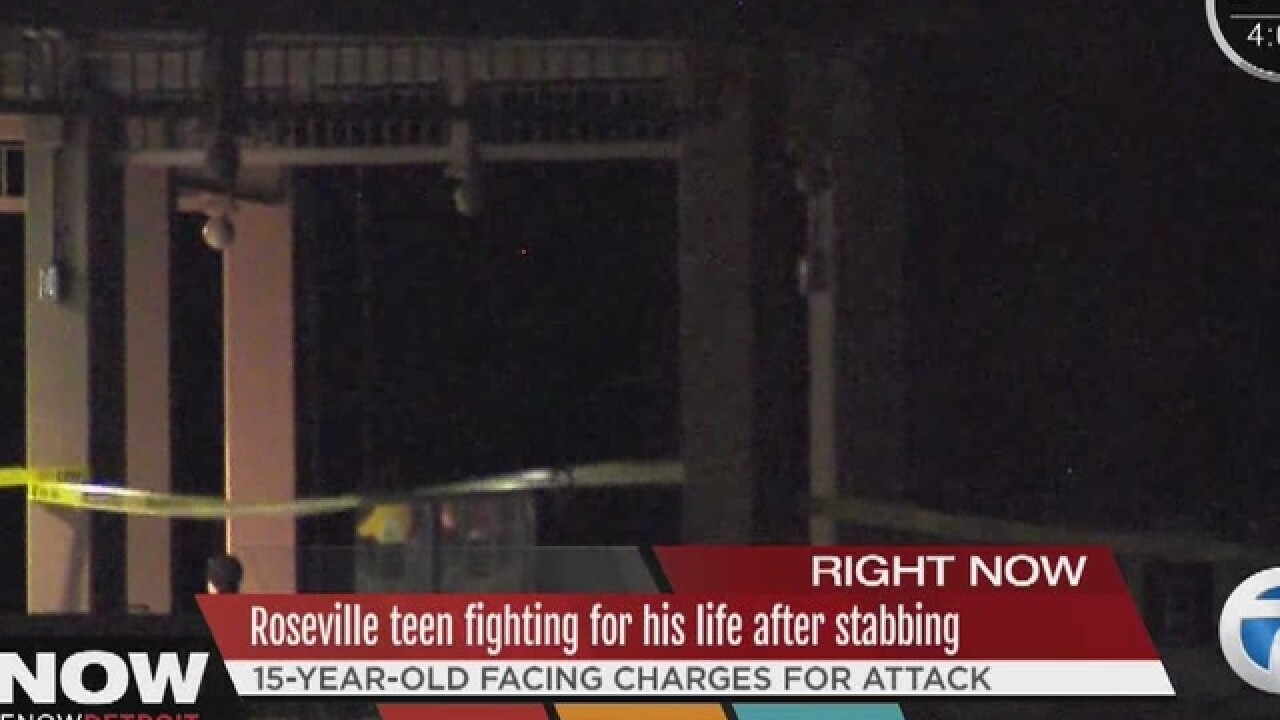 It happened at the Veterans Memorial Park near 11 mile and Barkman Road on July 25 in Roseville.

“The victim and another teen at the park got in a fight over an argument over rumors said about the victim’s girlfriend,” said Chief James Berlin of the Roseville Police Department. “The suspect pulled a switchblade knife and stabbed him one time in the chest.”

That young man is in critical condition. His friends say he is a student at Roseville High School. Doctors told police he was lucky. If he had been stabbed just 3 centimeters in the other direction he wouldn’t have a chance at survival.

Police say by the time they arrived the suspect had ran from the park. The victim was still conscious and able to identify him. Police knew of him from previous interactions. They found him a short time later and took him into custody without incident.

Right now, the suspect is charged as a juvenile, but the prosecutor is reviewing the case and could recharge him as an adult.