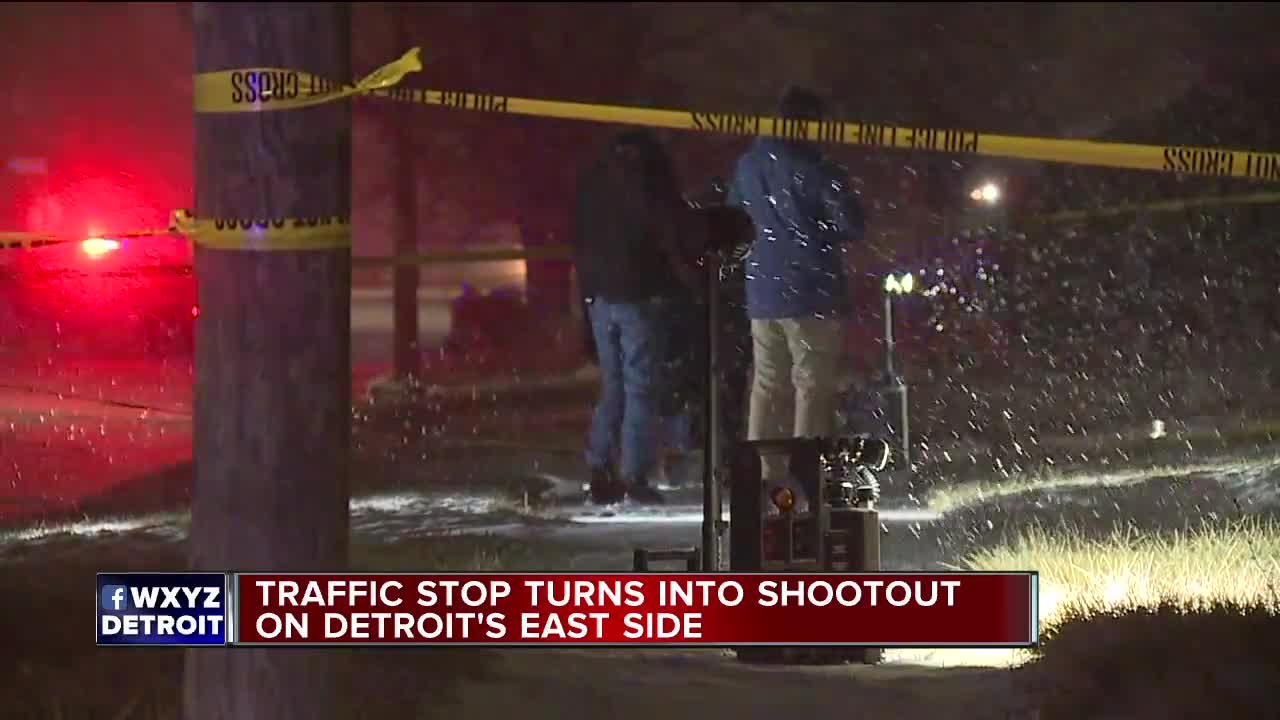 Detroit police are investigating an officer-involved shooting that happened Wednesday on the city's east side. 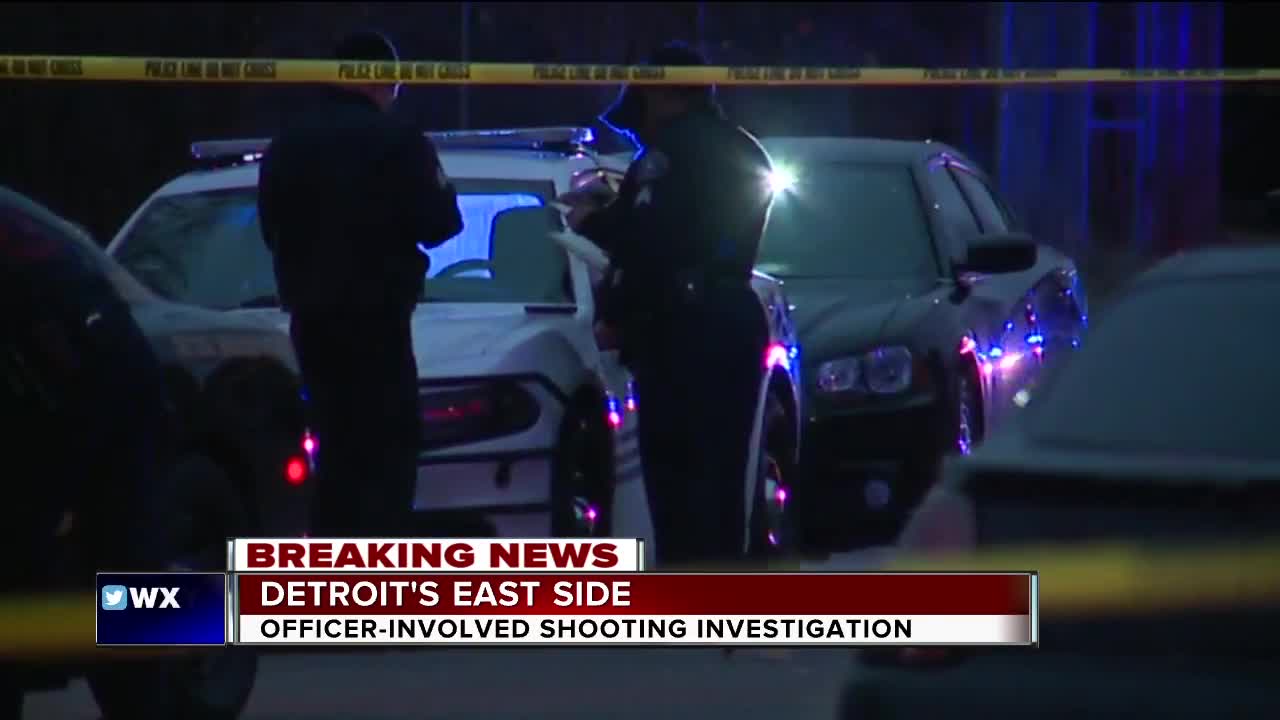 DETROIT (WXYZ) — Detroit police are investigating an officer-involved shooting that happened Wednesday on the city's east side.

7 Action News reporter Alan Campbell is on the scene. Police told him that the shooting stemmed from a traffic stop in the 5000 block of Nottingham Road.

Around 4:30 or 5 p.m. Wednesday, police pulled over a vehicle attempting a routine traffic stop. The reason for the stop is currently under investigation. The driver of the vehicle was a woman with a male passenger.

During the stop, police say the male passenger exited the vehicle and began shooting at officers. That's when officers returned fire, hitting the man multiple times.

"(The suspect was) very brazen," said Deputy Chief Marlon Wilson with the Detroit Police Department. " "Officers were just trying to do a routine traffic stop and (the suspect) gets outside the vehicle and makes the decision to fire shots at our police officers."

The suspect was taken to a local hospital. He's currently in temporary serious condition.

No officer was injured in what they've described as a "gun battle."

The three officers involved are from Detroit's 5th Precinct. The woman driver is cooperating with police in the investigation.

This story is developing. Police say there is no threat to the public at this time. Stay with 7 Action News for updates.