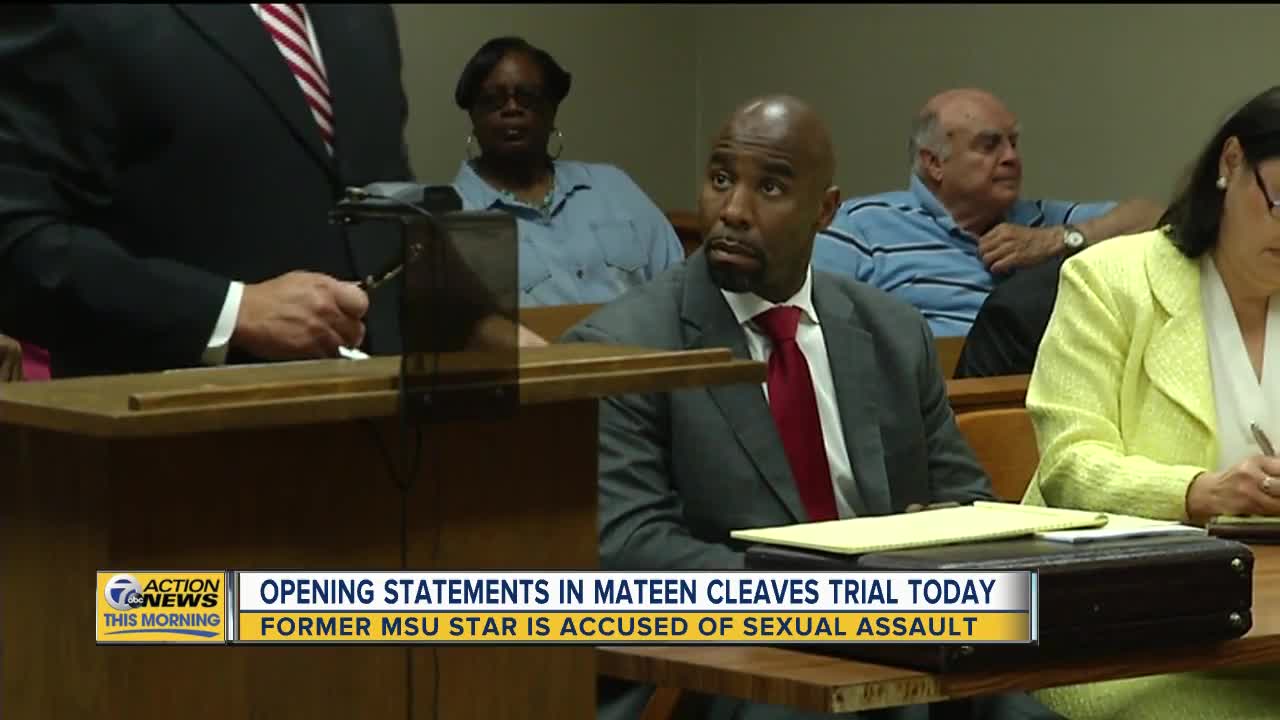 The sexual assault trial for former MSU basketball star Mateen Cleaves is expected to get underway in Genesee County.

(WXYZ) — The sexual assault trial for former MSU basketball star Mateen Cleaves is expected to get underway in Genesee County.

Thursday is expected to be the start of opening statements after two days of jury selection.

The trial comes four years after the sexual assault allegations against Cleaves.

In September 2015, a woman accused him of sexual assault, telling investigators that she met Cleaves at a charity golf outing and then sexually assaulted inside a Flint-area motel.

Cleaves has been charged with unlawful imprisonment, assault and three counts of criminal sexual conduct.

If found guilty, Cleaves could face up to 15 years in prison. Opening statements are expected to start at 9 a.m. in a Genesee County courtroom.