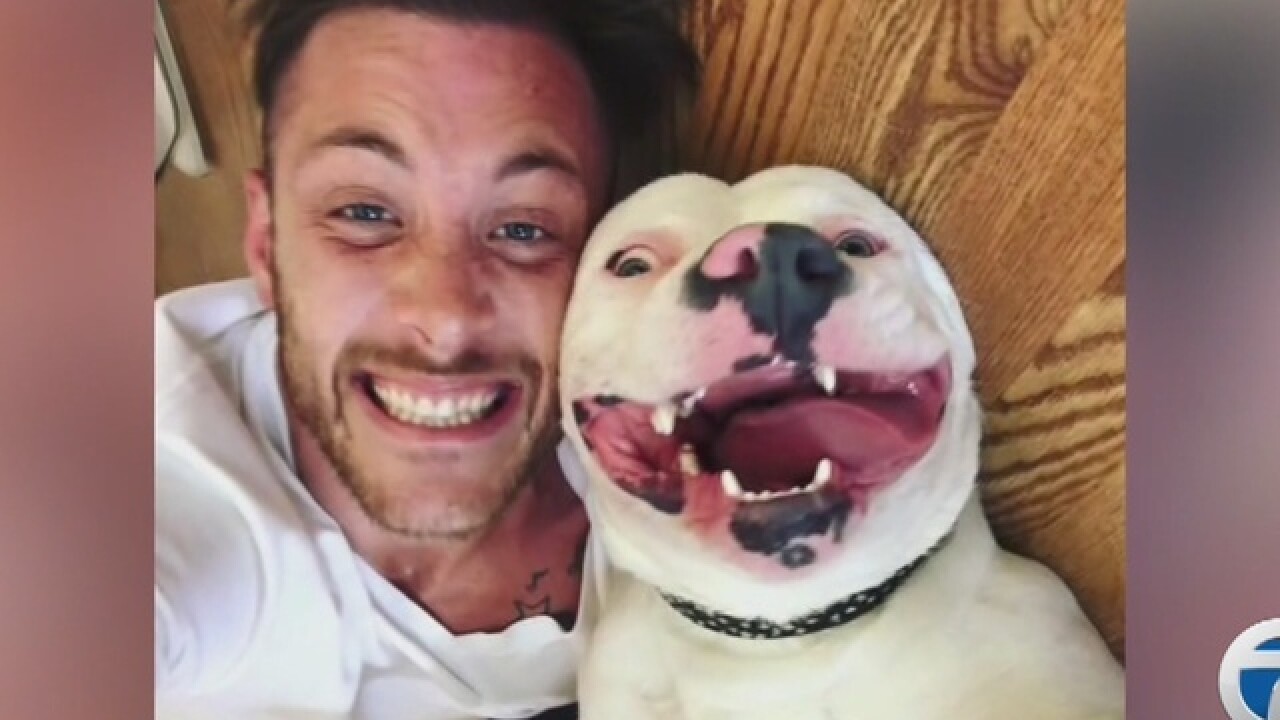 It's official: a Waterford veterinarian has classified Diggy as an American Bulldog, not a pit bull.

Dan Tillery, Diggy's owner, now has to wait to find out if the dog can stay. Tillery's next step is to meet with prosecutors at a conference hearing because he was issued a citation on Monday.

Waterford Township told Tillery the dog had to go because police officers visually determined Diggy was a pit bull and in violation of a city ordinance.

According to Waterford Township police, an ordinance prevents any person from owning, possessing or maintaining a pit bull or pit bull terrier within the township.

But the joy quickly led to stress for the duo. After the post went viral,  Waterford Township police officers showed up at Tillery's door, saying the dog had to go.

Tillery and Detroit Dog Rescue's Executive Director Kristina Rinaldi went to the Waterford Township Police Department Monday to get a review of Diggy's case started, but when officers learned that Diggy still remained at Tillery's home, they issued him a citation.

In a posting on Facebook Monday, the Michigan Humane Society said they oppose the township's ban and asked that Diggy be allowed to remain in his new home.

Police pointed to some published reports and a Facebook post by Detroit Dog Rescue where the dog is referred to as an "American Bulldog/Pit Bull" mix.

Rinaldi said the dog being called part pit bull was an error due to the large number of actual pit bulls and pit bull mixes that they save from possible death at Detroit Animal Control.

The City of Detroit only classified the dog as an "American Bulldog" stray in documentation that dates back several months.

Veterinary records also list the dog as an American Bulldog.

A police official said last week that if a local independent veterinarian took a look at Diggy's case and deemed him to be anything but a pit bull, the dog would be allowed to reside in the township.

While the Waterford veterinarian has classified Diggy as an American Bulldog, it's still unclear if the dog will be allowed to stay.