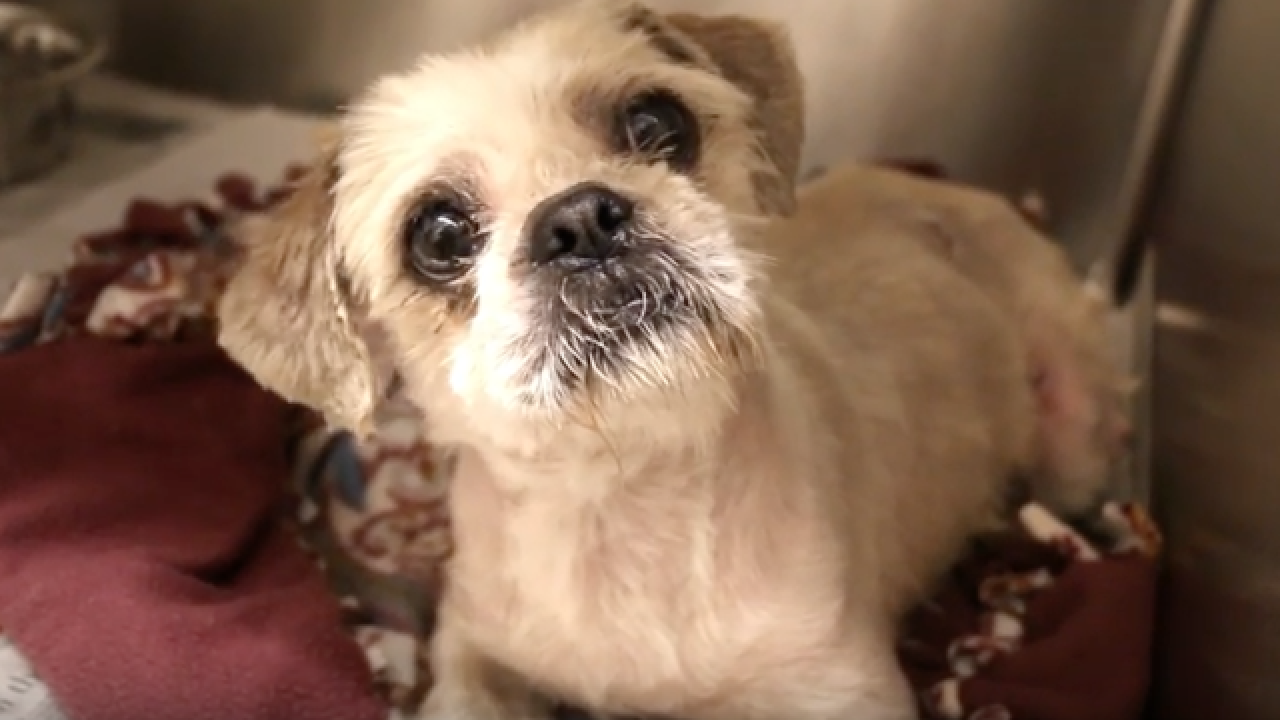 After being rescued from an abandoned house, a three-year-old Shih Tzu named Ziggy is looking for a good home.

The Michigan Humane Society Cruelty Investigation Department received a call about a small dog trapped inside a house. The house was covered in garbage from the basement to the first floor, making it hard for Ziggy to escape and leaving him with painful mats.

At the MHS Desner Foundation Animal Care in Detroit, Ziggy was cleaned up and the painful mats were removed. After being neutered, the veterinarians had to remove several masses and have been caring for him for a few weeks while he recovered.

Ziggy is healthy and waiting to be adopted at the MHS Dresner Foundation Animal Care Campus in Detroit.