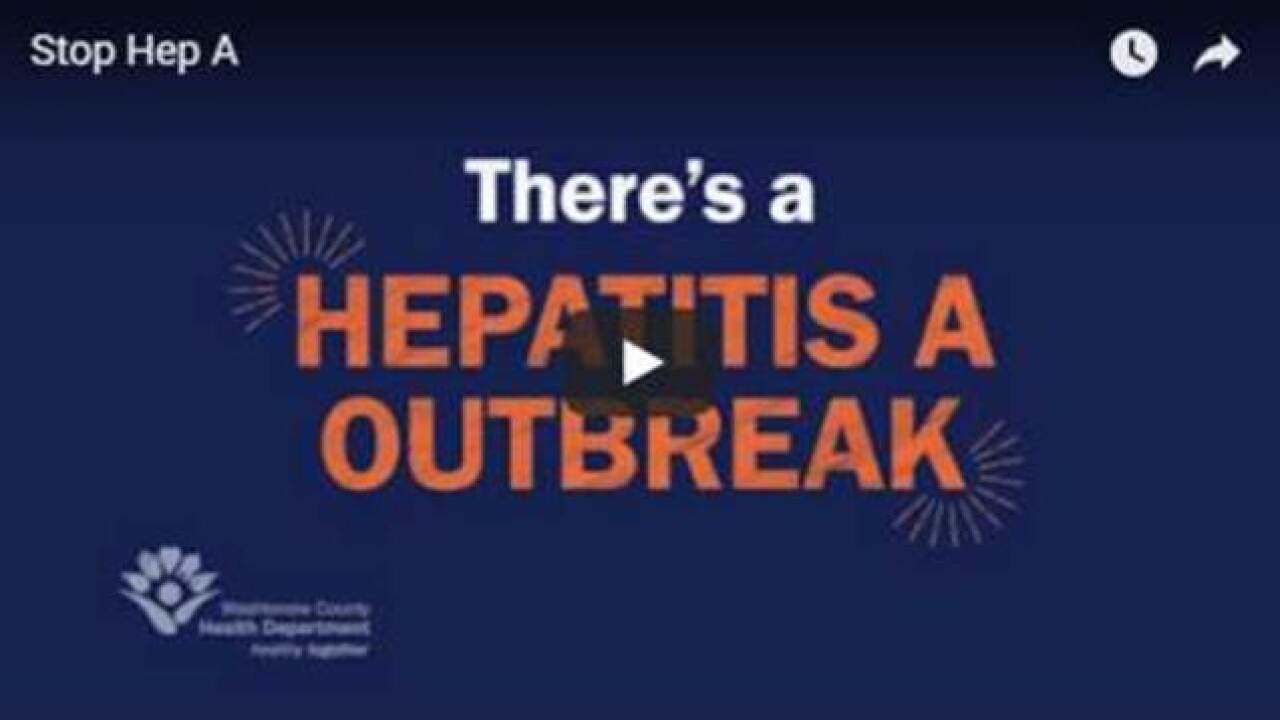 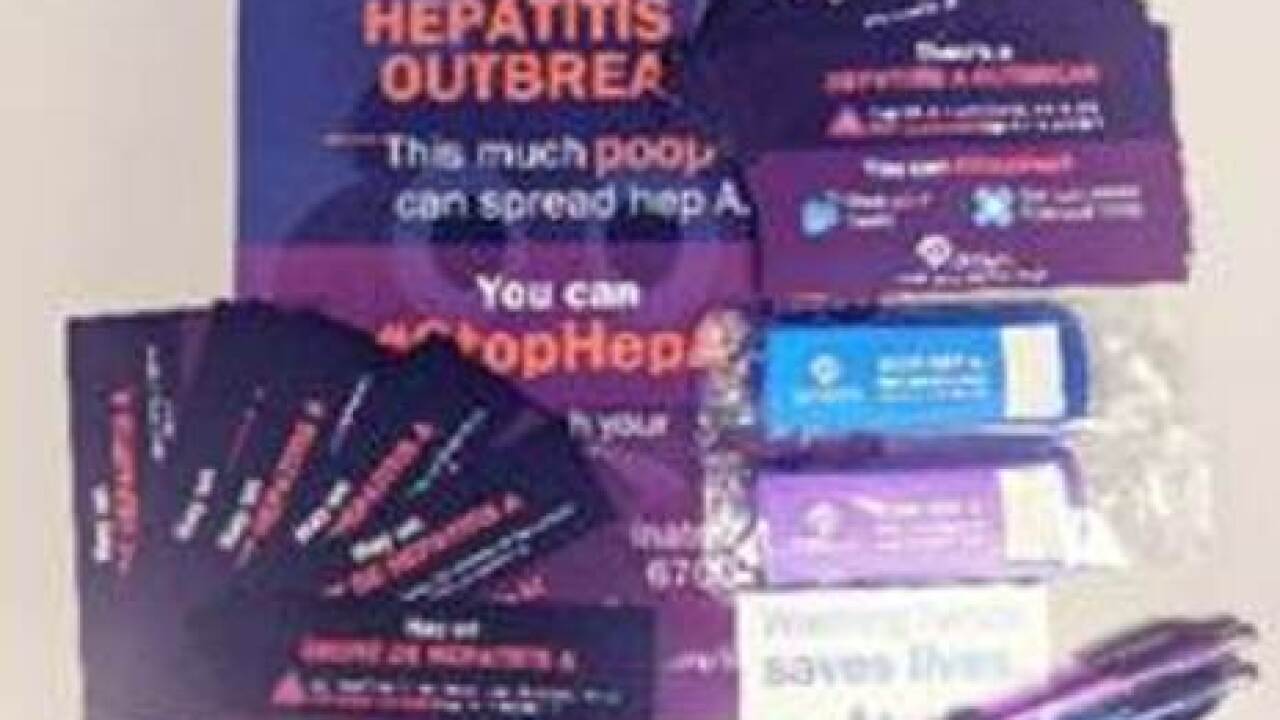 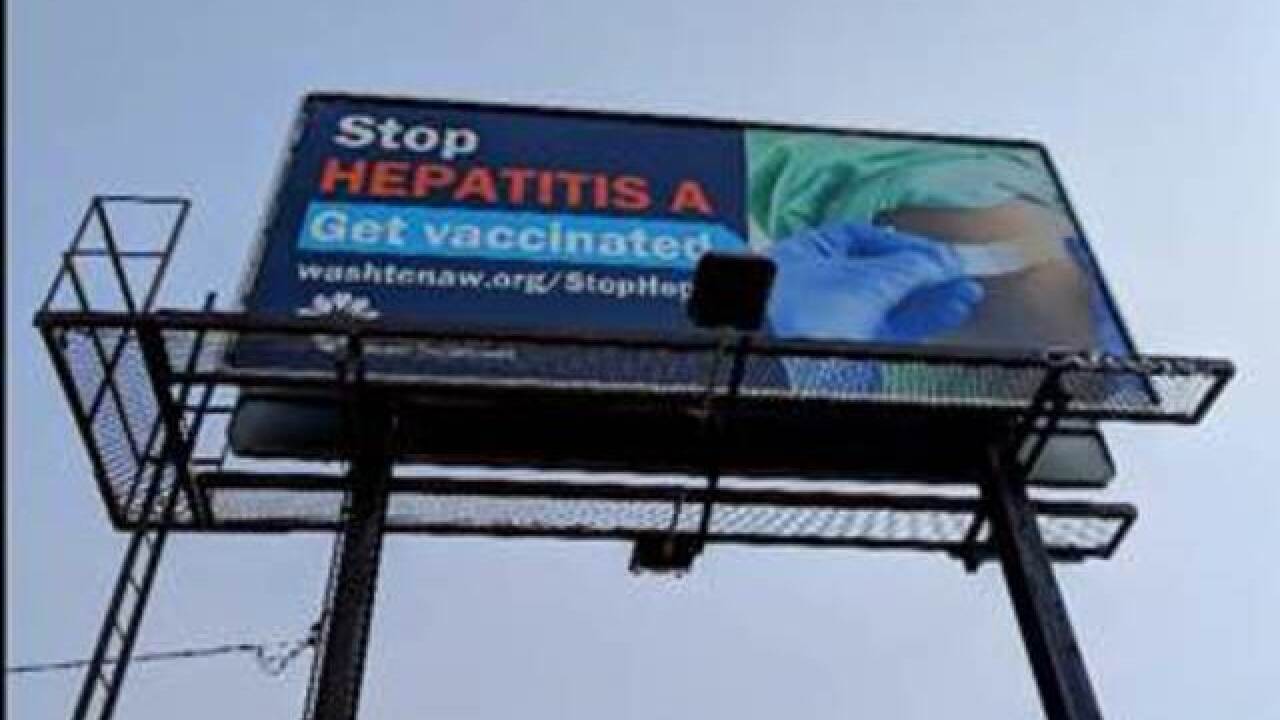 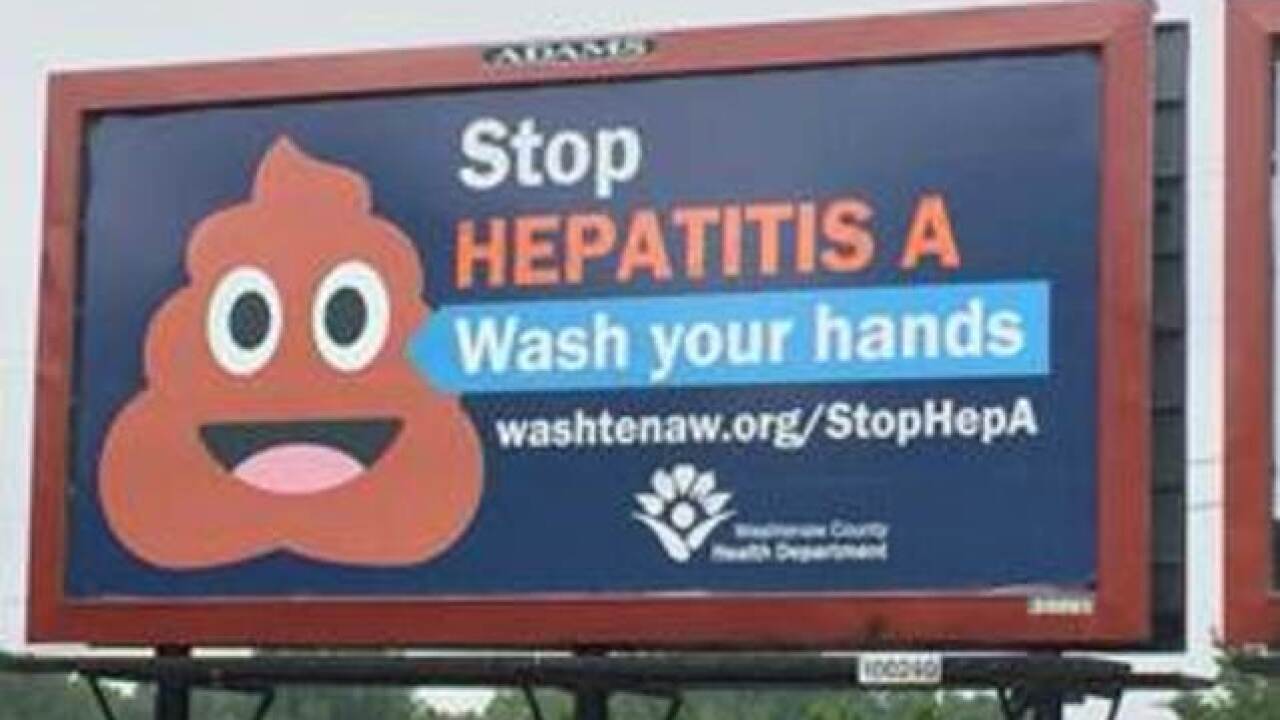 The Washtenaw County Health Department is launching a county-wide campaign to bring awareness to hepatitis A.

Health officials say there has been an outbreak of hepatitis A among adults in Washtenaw -- 18 cases so far-- and other counties. The "Stop Hep A" campaign plans to encourage residents to get vaccinated against the disease and wash their hands as a preventative measure against the outbreak.

Hepatitis A symptoms include:

According to the department, here's who's at higher risk of exposure to hepatitis A:

The virus is found in the feces of people with hepatitis A. It's spread from contact with an infected household member or sex partners.

The campaign includes billboards, messages inside buses, at movies theaters and flyers throughout the county.

County Health providers have given over 15,000 Hep A vaccinations to adults since October 2017.

*A poop emoji is used on the billboard because the virus is spread through human feces.