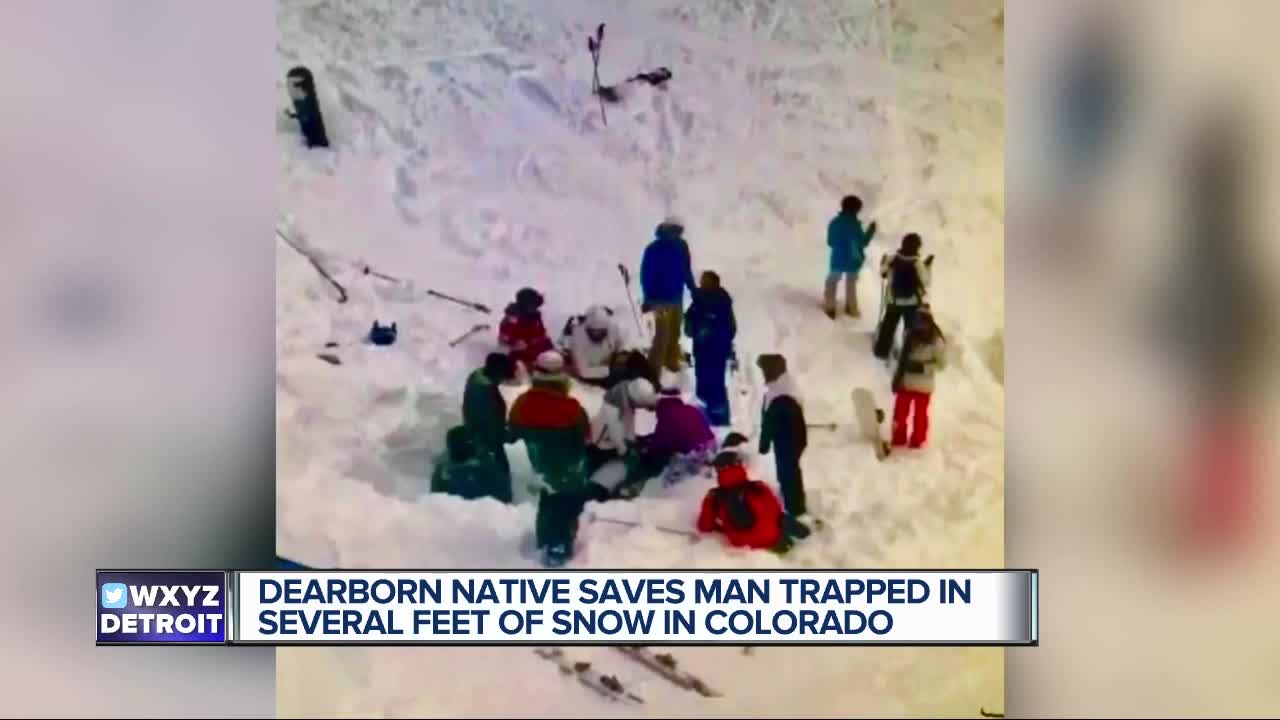 (WXYZ) — A skiing accident sent a man head first into a snow bank where he became trapped under several feet of snow. It happened in Vail, Colorado. A man who grew up in Dearborn, Michigan, who owns a dermatology business in Colorado, happened to be nearby.

Among the snow lovers enjoying Vail's winter wonderland last weekend was Dearborn native Tom Nern, his wife Dr. Karen Nern and a man whose life they had no idea they were about to save.

"I heard a woman scream for help," Nern said.

He and his wife skied over to the woman to see what was going on and were shocked by what they saw.

"There was just two boots sticking out of the snow toes up," Nern said.

He immediately started digging with the help of another bystander - a man from Texas named Nick Anderson. The man they now know as Michael from Ohio, had fallen head first into what was called a "snow well." Michael is over 6-feet tall and was buried vertically.

After nearly 10 minutes of digging, "we finally got enough grip and pulled him out," Nern said as he became emotional, "He was completely blue. He was not breathing."

Nern and his wife performed several rounds of CPR and finally Michael started breathing again. Shortly after, emergency crews arrived and transported him to the hospital where he awoke several hours later, incredibly grateful to be alive.

Remember the woman from the beginning of the story screaming for help?

Nern says it turns out, she didn't know Michael either, she was in town visiting from Florida. Nern says if she hadn't been paying attention to her surroundings and noticed that someone needed help, this story could have ended very differently.