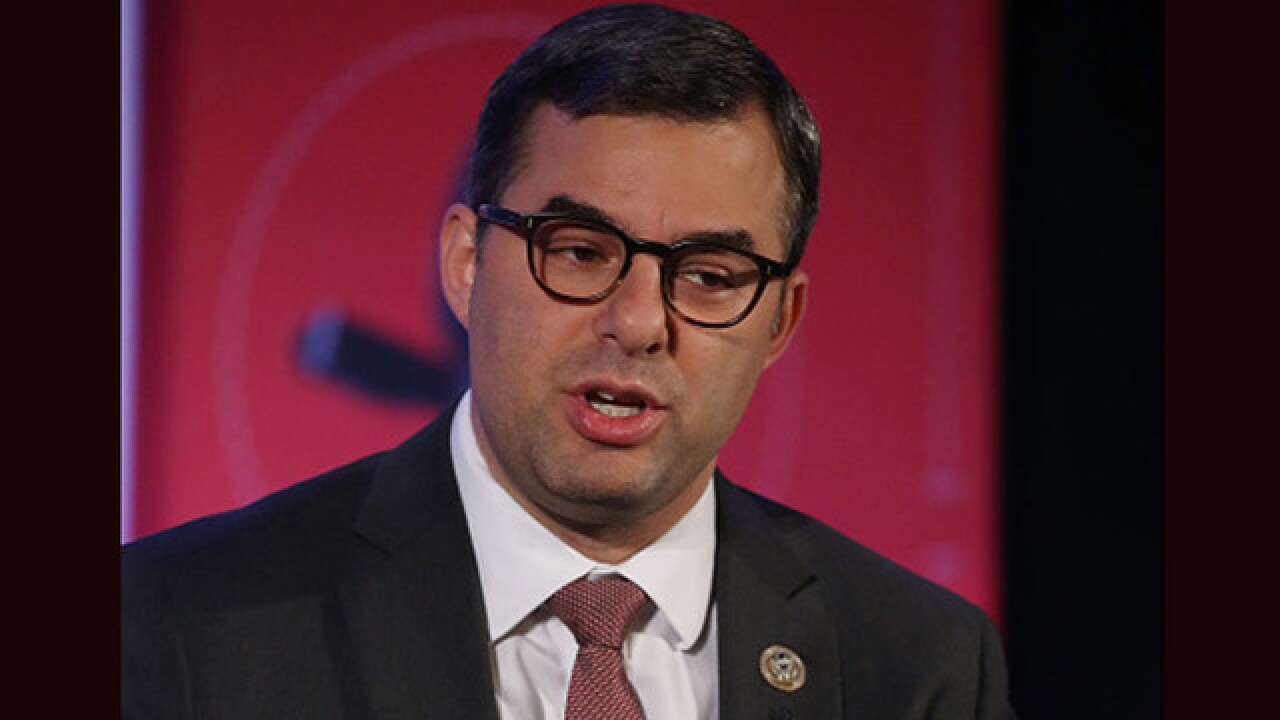 Image copyright 2017 Getty Images. All rights reserved. This material may not be published, broadcast, rewritten, or redistributed.
<p>Justin Amash </p>

(WXYZ) — Rep. Justin Amash, and Independent who represents Michigan's 3rd Congressional District and a former Republican, talked on Sunday about his political future as we head into 2020.

Amash appeared on "Meet the Press" on Sunday morning and talked about everything from the conflict in Syria and Turkey, to the possible impeachment of President Trump.

When asked about his future by host Chuck Todd, Amash said, "I’m running for Congress, but I keep things open and I wouldn’t rule anything out."

He also talked about the candidates running for president in 2020, saying that both the president and the leading Democratic candidates don't represent a large population of the United States.

"If you look at the top three candidates (in the Democratic field), they're all over 70 years old, the president is over 70 years old," Amash said. "I think there's a large segment of the population that's not represented in the top candidates on either side of the aisle, and that's something I think about."

Amash made headlines in July when he left the Republican Party in an op-ed he wrote for the Washington Post.

"Today, I am declaring my independence and leaving the Republican Party," Amash wrote in a Washington Post op-ed. "No matter your circumstance, I'm asking you to join me in rejecting the partisan loyalties and rhetoric that divide and dehumanize us. I'm asking you to believe that we can do better than this two-party system — and to work toward it. If we continue to take America for granted, we will lose it."

He said on "Meet the Press" that he thinks that he can reach more Democrats and Republicans in Congress that he couldn't reach before. According to Amash, the Republican members of Congress are "less frustrated in many ways," because when he was a member of the party and broke away on an issue, "they treat it like you've abandoned the family."

Amash also said that Republicans are more respectful of his decisions now, and accepting of the fact that he won't be with them on all issues, and Democrats also understand the same thing.

He also talked about his issues with politics in Washington D.C. in general, saying he's frustrated with the two-party system, the top-down way Washington works with a few leaders dictating things, and said, "We need to open things up again."

Amash said that Congress needs to restore its power it once had, and that he's more concerned about what happens if they don't go forward with impeachment.

"I think Congress has so neglected checks and balances, and over the years, the Executive Branch has become so powerful," he said. "We need to restore that power in Congress. We need to restore separation of powers."