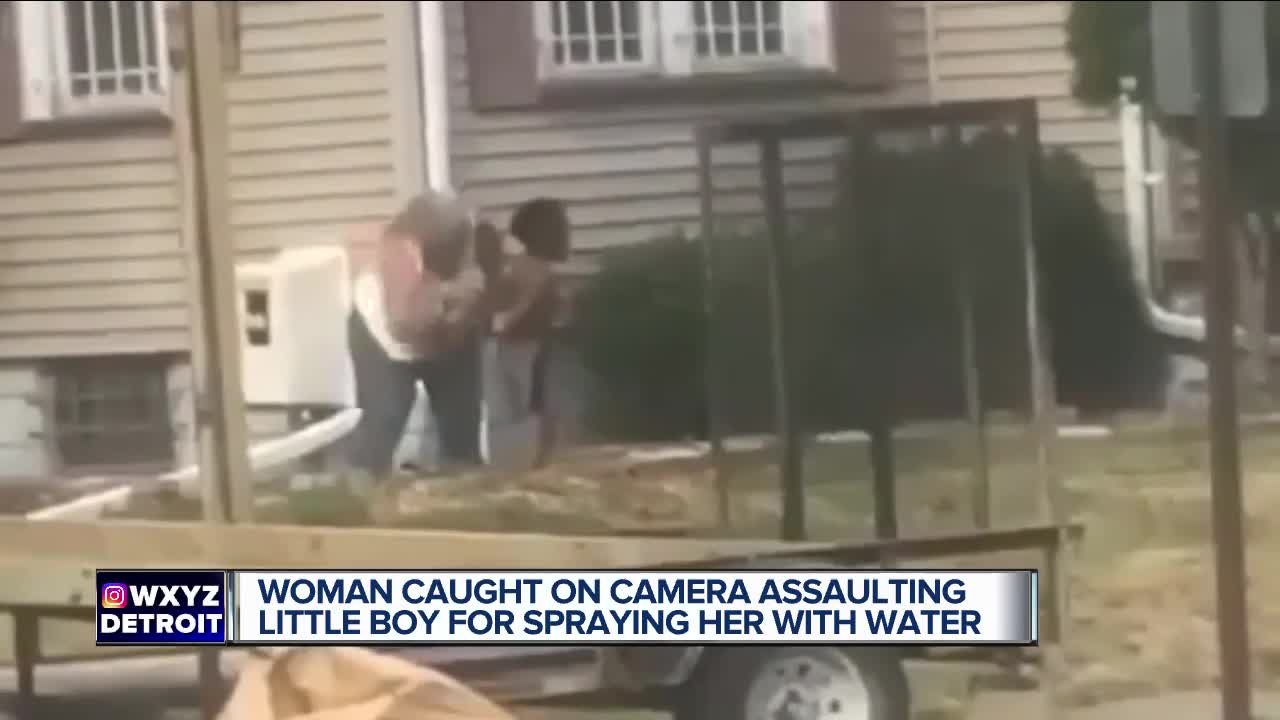 Rebecca Henshaw Gregg has been charged with misdemeanor assault after police in Buena Vista Township, which is located in Saginaw County, said she repeatedly hit a little boy because he sprayed her with a water hose.

BUENA VISTA TOWNSHIP, Mich. (WXYZ) — Rebecca Henshaw Gregg has been charged with misdemeanor assault after police in Buena Vista Township, which is located in Saginaw County, said she repeatedly hit a little boy because he sprayed her with a water hose.

"I could hear him screaming," said Wilbert Houston who lives across the street from the home-based daycare where it happened Tuesday afternoon.

Neighbors told 7 Action News that Gregg takes care of the lawn at the daycare.

"I don't know what made that lady snap the way she did," said Houston who said that some witnesses know the boy's relatives and immediately called them and they notified police.

One woman used her cell phone to begin taking video when it appeared Gregg's anger was escalating.

In the video, a woman can be heard crying out, "Oh my God!" as Gregg appears to go from repeatedly spanking the seven-year-old boy to grabbing him by the head, causing his body to twist and fall to the ground.

Action News discovered that in Oakland County, 2015, Gregg was charged with Felonious Assault when investigators with the sheriff's office said she pulled a knife on her boyfriend, attacked him with door moulding, and then bit him in the arm.

Court records show that Gregg pleaded guilty to Domestic Violence, and she spent four days in jail and about a year on probation.

In the recent alleged assault on the child, "I think the lady should be in more trouble than that because she was too nonchalant," said Houston. "She did it like it's a normal thing for her to do."

The boy's parents said he did suffer minor injuries.

When Action News reporter Kimberly Craig went to the door of the daycare Friday afternoon, a small girl, estimated to be about four-years-old, opened the door.

"Oh, honey, don't open the door to strangers," said Craig who then asked if there was an adult who could come to the door.

A baby in a diaper also came to the door before an older boy appeared and said hello.

Action News asked if there was an adult in the house, the boy said there was before shutting the door. No one returned to the door, but the boy could be heard yelling out to someone.

No one ever returned to the door.