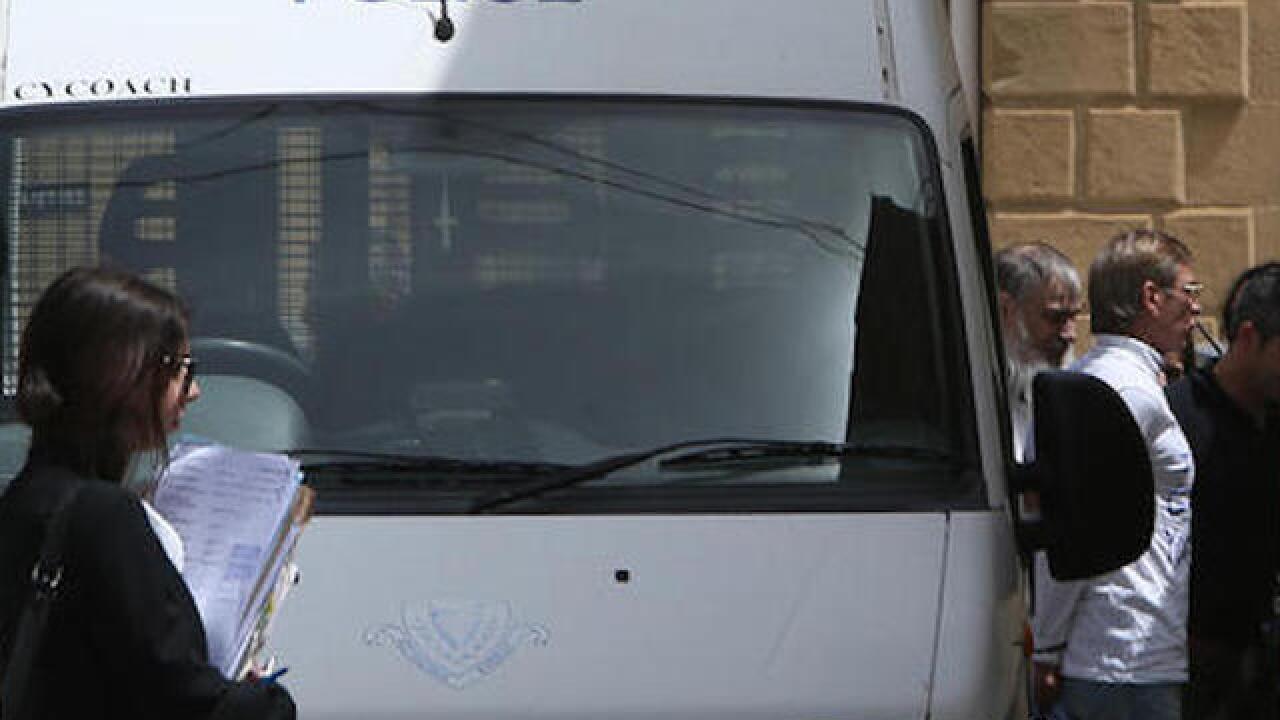 Copyright 2018 Scripps Media, Inc. All rights reserved. This material may not be published, broadcast, rewritten, or redistributed.
Petros Karadjias
EgyptAir plane hijack suspect Seif Eddin Mustafa, 59, right, is escorted by Cyprus police officers as he arrives in a court in capital Nicosia, Cyprus, Friday, May 13, 2016. Mustafa described as "psychologically unstable" hijacked a flight on Tuesday, March 29, 2016, from Egypt to Cyprus and threatened to blow it up. His explosives turned out to be fake, and he surrendered with all passengers released unharmed after a bizarre six-hour standoff. (AP Photo/Petros Karadjias)

NICOSIA, Cyprus (AP) — A hijacker who threatened to blow up an EgyptAir plane told the flight crew that he was doing so because he opposes Egypt's military-backed government while his extradition could endanger him because authorities in his homeland don't respect human rights, his lawyer said Monday.

Lawyer Robertos Brahimis told a Cypriot court that both the pilot and co-pilot of the Airbus A320 testified in documents supporting Egypt's request to extradite Seif Eddin Mustafa that he threatened to destroy the plane with a fake suicide belt because "he opposed the Egyptian government's policies."

The disclosure challenges suggestions that the March 29 hijack was due to a domestic dispute with Mustafa's Cypriot ex-wife.

Mustafa, 59, was arrested after forcing an Alexandria-to-Cairo flight to be diverted to Cyprus. All 72 passengers and crew members aboard the EgyptAir plane were released unharmed after a six-hour standoff.

Earlier he had said Mustafa would not face the death penalty because the charges don't warrant it.

Brahimis says Mustafa would not receive a fair trial in Egypt because of his political beliefs and he fears he will face torture or execution if returned.

During the hijacking, Mustafa presented handwritten demands denouncing the Egyptian government and the "January 25th coup," a likely reference to the Egyptian military's 2013 overthrow of Islamist President Mohammed Morsi.