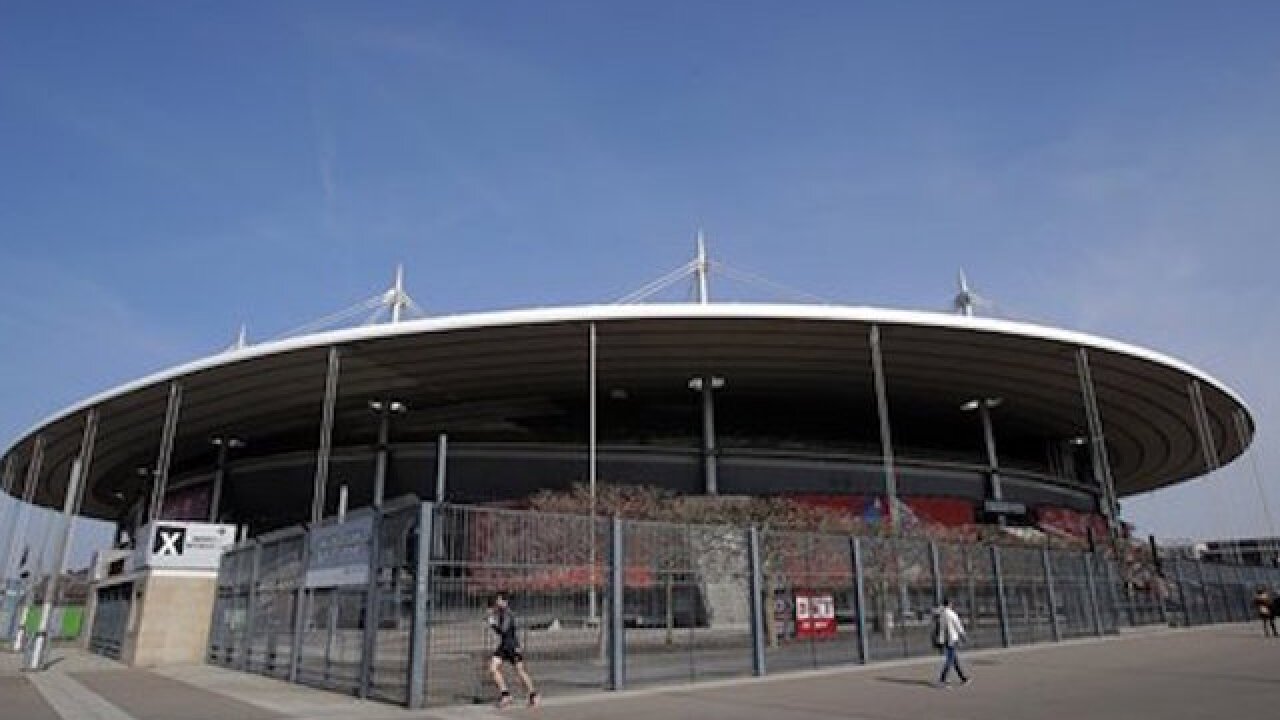 MOSCOW (AP) — Ukraine's intelligence agency SBU said on Monday it has thwarted a plot to attack soccer's European Championships in France by arresting a Frenchman who wanted to cross from Ukraine into the European Union armed to the teeth.

"The Ukrainian Security Service has managed to foil a series of 15 terrorist attacks which were planned to target France before and during the European football championships," Vasyl Hrytsak, the security agency's chief, told national television.

The SBU said it had followed the man since December and allowed him to purchase five machine guns, two rocket propelled grenades and other weapons before he was arrested on the border between Ukraine and Poland last month.

It didn't identify the man but said he wanted to protest against his government's migration policies and the spread of Islam. It said he planned attacks on bridges, railways and other pieces of infrastructure for Euro 2016 that will be held in France.

Extremist attacks are a major concern for French authorities as they prepare to host the month-long tournament at stadiums in the Paris area and eight other cities from Friday through July 10. Islamic State extremists have threatened France during the tournament, but authorities have not confirmed specific dangers.

France is deploying 90,000 security forces for the tournament, and French President Francois Hollande said Sunday night that the threat of attacks won't stop it from being successful.

The Paris police prefect, Michel Cadot, declined to comment on the information from Ukraine, saying only that "there is no specific threat against any site in the Euro."

Ukraine's intelligence agency had initially planned to keep a lid on the investigation but decided to go public about the arrest after reports in international media, Hrytsak said.

French regional newspaper L'Est republicain identified the man as Gregoire Moutaux, and said investigators raided his home in Nant-le-Petit near the eastern city of Nancy in late May. French television network M6 reported that investigators found T-shirts of an extreme right group.

However, the Paris prosecutor's office, which handles terrorism cases at a national level, said no investigation had been opened yet.

Ukrainian authorities released photos of a fair-haired man, with his face blurred, holding various weapons, as well as a video of the arrest which showed SWAT officers dragging the man out of a white minivan and putting him on the ground of what looked like a parking lot with his face down.

The SBU said the French man came up on their radar last year during his stay in eastern Ukraine, and where he was "trying to establish ties with Ukrainian troops under the guise of volunteering."

Ukrainian troops and Russia-backed separatists have fought in the east since April 2014, killing nearly 9,400 people. It was not immediately clear which side of the conflict the French man had stayed with.

"The Frenchman spoke negatively about his government's migration policies, the spread of Islam and globalization," the SBU said. "He also said that he wanted to perpetrate acts of terror in protest."