Thousands of UK doctors walk off job in strike 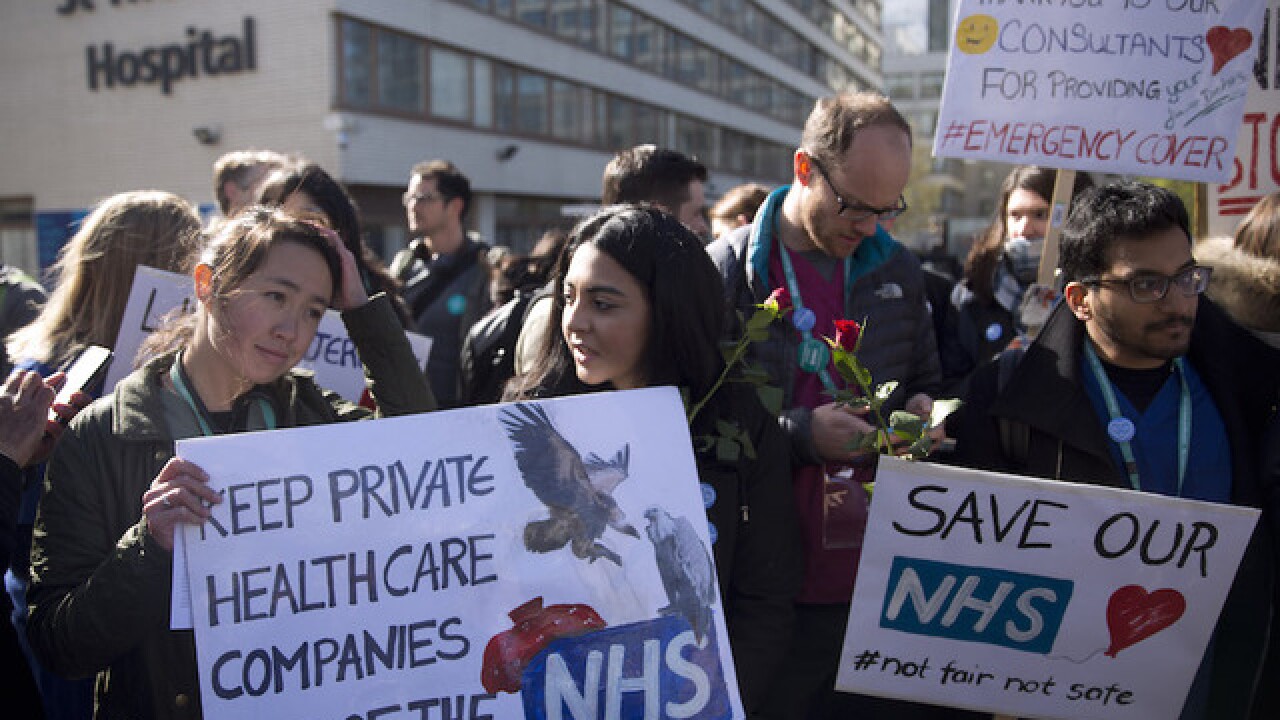 Matt Dunham
<p>Junior doctors hold placards as they take part in the start of a 48-hour strike on their picket line outside St Thomas' Hospital in London, Tuesday, April 26, 2016. Thousands of doctors have posted picket lines outside of hospitals around England in the first all-out strike in the history of the National Health Service.</p>

LONDON (AP) — Thousands of doctors have posted picket lines outside hospitals around England in the first all-out strike in the history of the National Health Service.

The strike —taking place over two days — marks the first time that even emergency services are affected by industrial action.

The strike reflects the impasse between the government and the junior doctors, who are physicians with up to 10 years' experience. Health Secretary Jeremy Hunt has appealed to the medics not to drop emergency cover, but insisted that the government would not be "blackmailed" into scrapping an election pledge to bolster weekend services.

More than 125,000 appointments and operations have been canceled and will need to be rearranged as a result, over the dispute between the government and the British Medical Association.