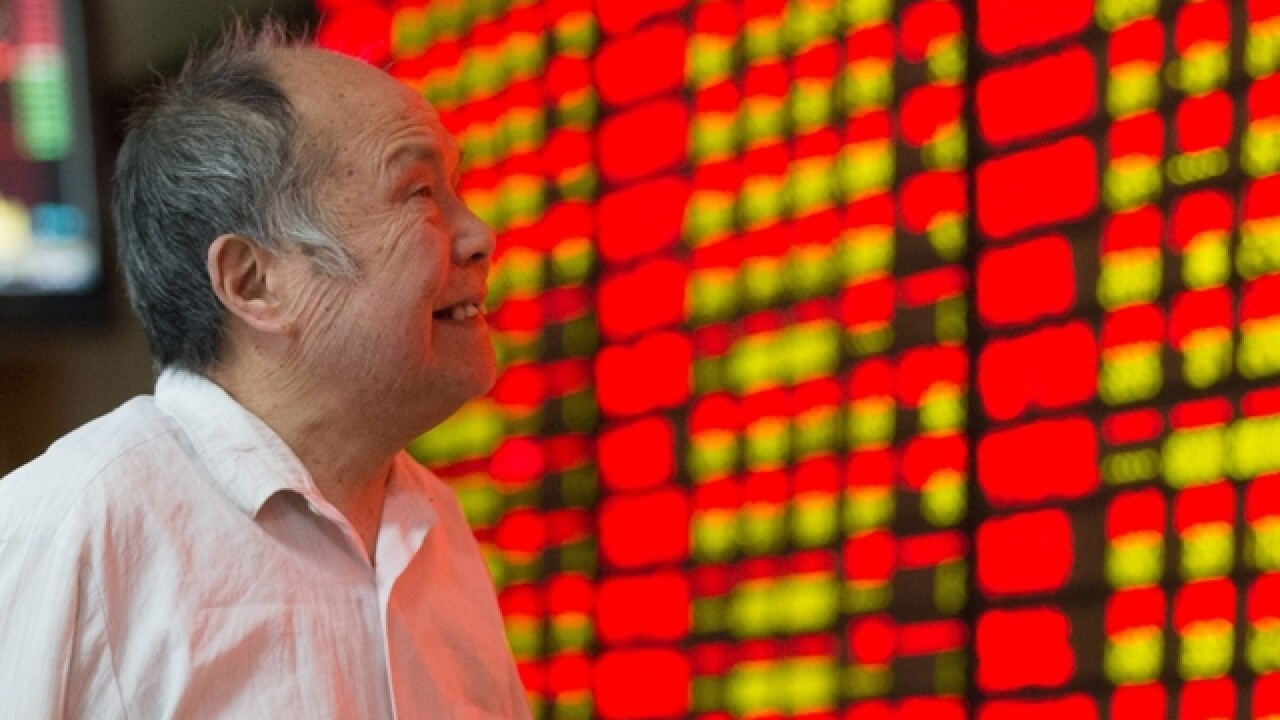 The prospect of a Trump presidency jolted markets around the world Wednesday, sending Dow futures and Asian stock prices sharply lower as investors panicked over uncertainties on trade, immigration and geopolitical tensions.

At one point, Dow futures plunged more than 4 percent and Japan's major index nosedived more than 6.1 percent, its largest drop in years. The Mexican peso likewise tumbled and investors looking for safe assets bid up the price of gold.

During the campaign, Trump threatened to rip up trade deals like the North American Free Trade Agreement. He pledged to greatly restrict immigration to the U.S and to build a wall along the United States' southern border and force Mexico to pay for it.

But the lack of clear policy details has left many worldwide uneasy over the future direction of the U.S. economy. Share prices began tumbling as soon as Trump first gained the lead in the electoral vote count. By the time Trump was confirmed to have taken 276 electoral votes, passing the crucial 270 mark, financial markets appeared to have steadied.

"Markets are in all out panic mode that President Trump could become a reality," said Kathleen Brooks, a research director at the foreign exchange trading firm City Index in London. "A win for Trump is riling financial markets that had not expected this outcome a mere 12 hours ago."

Most market watchers predicted the turmoil would be brief, partly because Trump will face more limits while in office than during his campaign.

"The policies Trump is going to introduce will be softer than what he claimed before. Investors may have already imagined the worst-case scenario," said Lu Zhengwei, chief economist at the China Industrial Bank in Beijing. "Any shocks or turbulence in the markets brought about by the election results will be short-lived and economic fundamentals will play a vital role in the performance of the financial markets."

The Federal Reserve had been considered nearly certain to raise interest rates at its next meeting in mid-December, reflecting a strengthened U.S. economy. But a Trump victory could make a rate hike less likely — especially if financial markets remain under pressure. Some analysts are ruling it out entirely.

"Given the adverse market reaction we have already seen, the Fed's planned December rate hike is now off the table," said Paul Ashworth, chief U.S. economist at Capital Economics. He said Fed chief Janet Yellen and other top policymakers might even resign in the event of a Trump presidency, because his victory demonstrates that that many Americans share his view that the Fed has been "overtly political."

Trump's strong talk on trade also has left many in Asia deeply worried.

"This is going to work as a strong headwind for the economy," said Tomoyuki Ota, a senior economist at Mizuho Research Institute in Tokyo. He said a Trump victory could stifle spending during the critical year-end and Christmas shopping season.

Trump could target countries that run a trade surplus with the United States, including China, Japan, Germany, Mexico and South Korea," said Ha Keon-hyeong, an economist at Shinhan Investment Corp.

While it's not clear to what extent the United States will move to protect its interests, "it will strengthen protectionism. That's basically bad," Ha said.

Ashford predicted that Trump would label China a currency manipulator and bring a number of perceived disputes to the World Trade Organization.

Top officials from Japan's central bank and finance ministry met Wednesday to discuss how to cope with the gyrations in financial markets. The Nikkei 225 stock index closed 5.4 percent lower, recouping some losses, at 16,251.54.

Given Trump's stance on NAFTA and immigration, economists have said the Mexican economy could fall into a contraction if he wins. As results emerged Wednesday, the Mexican peso swooned 11.5 percent. By 0800 GMT it was trading at 20.03 pesos to the dollar.

Energy markets were roiled but pared some of their earlier losses. Benchmark U.S. crude futures lost 53 cents to $44.44 a barrel in electronic trading on the New York Mercantile Exchange. The contract rose 9 cents to close at $44.98 a barrel on Thursday. Brent crude, used to price international oils, slid 29 cents to $45.75 a barrel in London.