NHL Draft: Examining the Red Wings options with the No. 6 overall pick 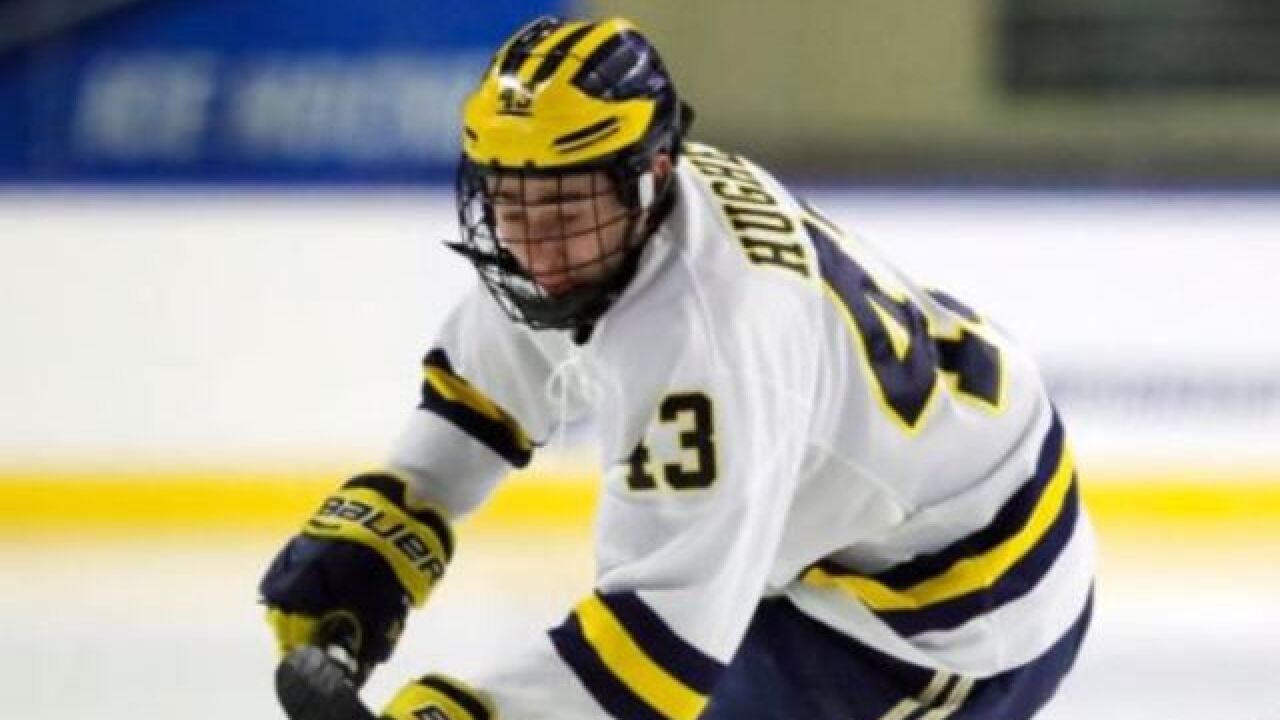 The Red Wings slipped a spot in the NHL Draft lottery. They finished fifth-worst in the league's standings, but got bumped to the sixth overall pick.

They won't land Rasmus Dahlin, the Swedish defenseman believed to be one of the best defensive prospects in decades. The Buffalo Sabres have the first overall pick, the Carolina Hurricanes grabbed the second pick, and the Montreal Canadiens have the third pick.

Andrei Svechnikov, brother of Red Wings forward Evgeny Svechnikov, is in a group of elite forwards including Brady Tkachuk and Filip Zadina, that's expected to be unavailable to the Wings by the time they pick.

So who could Ken Holland and co. land to help usher in a new chapter of the rebuild process?

Evan Bouchard, D, London (OHL)
He's a right-handed defenseman with skill the Wings would love to add on the backend. Bouchard has size (6-2, 193 lbs.), and he stood out on his London team this season. His 25 goals and 62 assists were good enough to create some history. He tied for seventh in the OHL with 87 points, appearing in the top-10 of league scoring, a feat no defenseman has accomplished since Ryan Ellis did it in 2010-11.

Quinn Hughes, D, Michigan (NCAA)
He's the only college player on USA's World Championships roster this month. Hughes grew in USA's NTDP program, and although he's not the biggest guy (5-9, 170), his skill more than makes up for it. He controls the play, is a fantastic puck-handler, and is an offensive-minded defenseman. His brother Jack is projected as the No. 1 overall pick in the 2019 NHL Draft.

Noah Dobson, D, Acadie-Bathurst (QMJHL)
Scouts fell in love with him more and more throughout the season. Dobson is a big 6'3" and has a strong shot. "He has an effective two-way game, makes good decisions under pressure," NHL.com's Mike G. Morreale says.

Adam Boqvist, D, Brynas Jr. (Sweden)
The other impressive Swedish defenseman in the draft needs more development, by most accounts. Boqvist is a right-handed shot and played in Sweden's junior league. He has skill, but likely won't be an immediate impact guy in Detroit.

Oliver Wahlstrom, RW, USA NTDP
He's a point-producing machine and has been on a path to stardom since elementary school. He had 47 goals in 60 games this season, and scored seven goals in seven games at the U-18 World Championships in April. People love his ability to find open ice and create opportunities for himself.

Barrett Hayton, C, Sault Ste. Marie (OHL)
Centers are valuable assets, and while Hayton is viewed outside the top tier of picks in this year's draft, he is viewed as a two-way center with ability to play on special teams units.