Pagenaud on pole for Dual in Detroit race 2 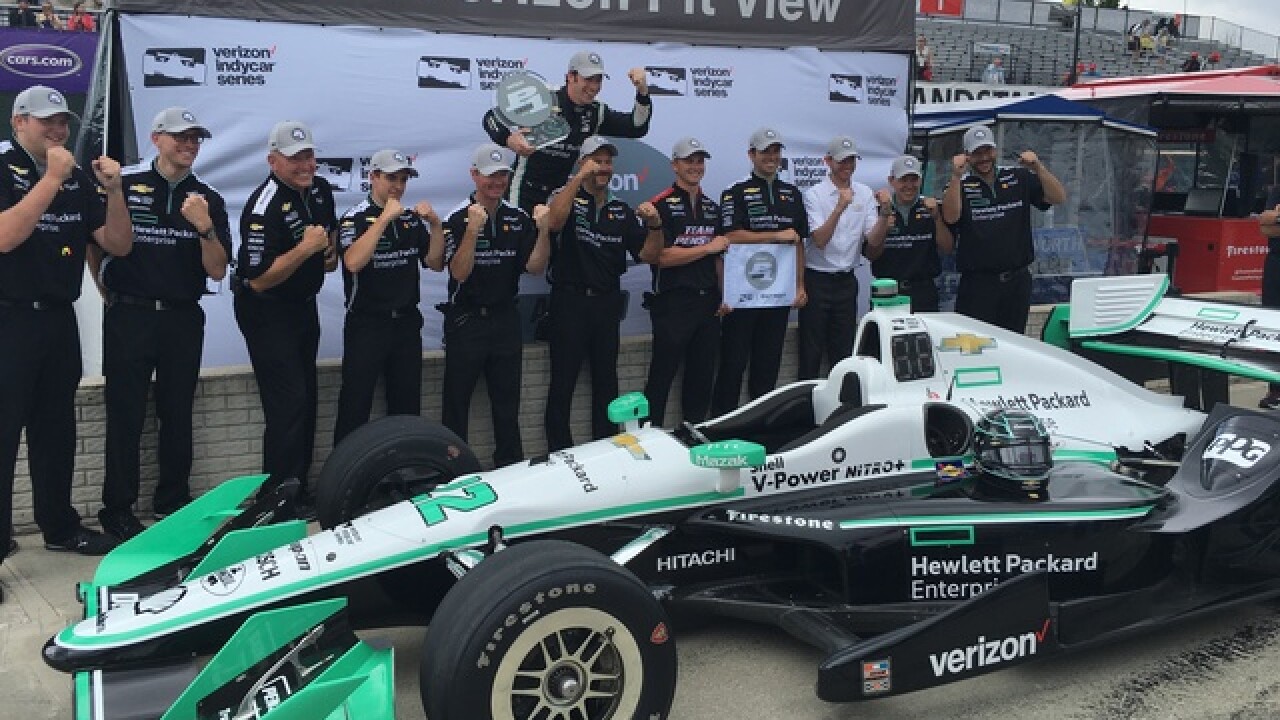 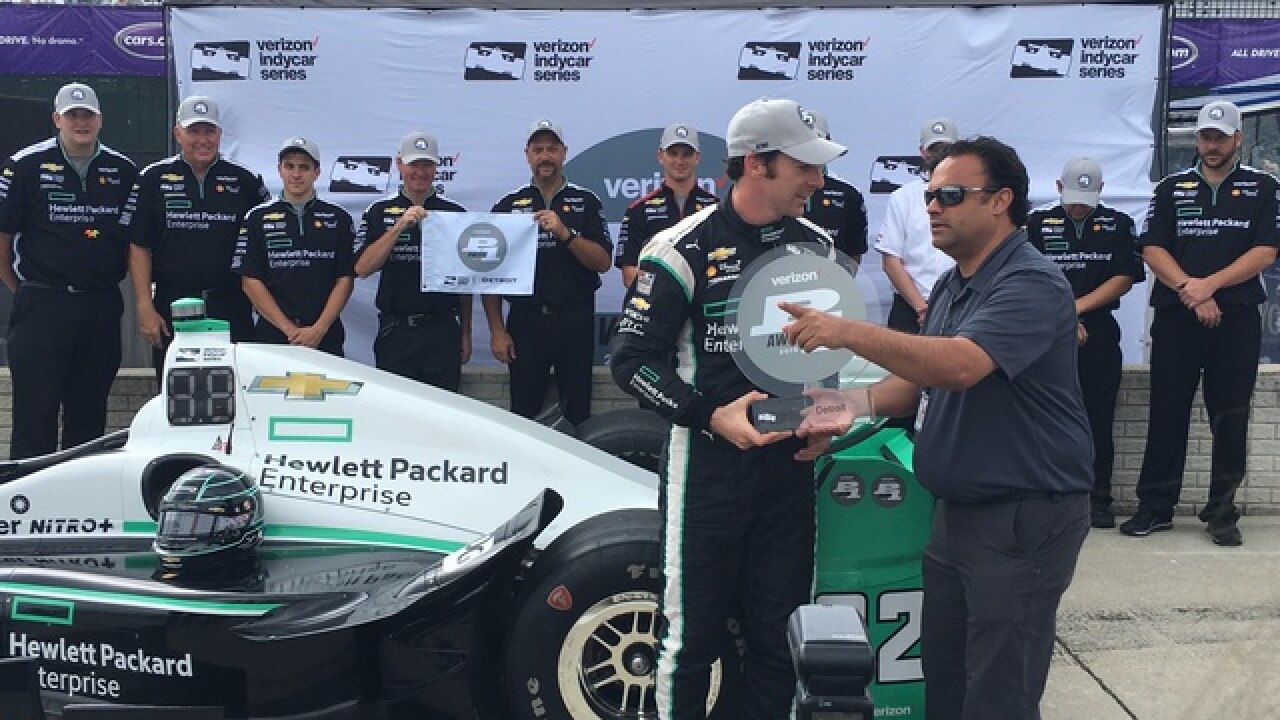 In a repeat from Friday, Team Penske driver Simon Pagenaud will sit on the pole for Dual in Detroit race 2 at the Chevrolet Detroit Belle Isle Grand Prix.

Pagenaud posted a time of 1 minute, 14.0739 seconds, which broke the track record, originally set by Helio Castroneves on Friday.

Pagenaud's teammate, Will Power, posted a faster time at 1 minute, 13.8835 seconds, but a penalty for qualifying interference knocked off his fastest two laps. With that, Ryan Hunter-Reay moved up to the second position and will start on the outside of row one.