Rob Parker: It was easy to respect Muhammad Ali 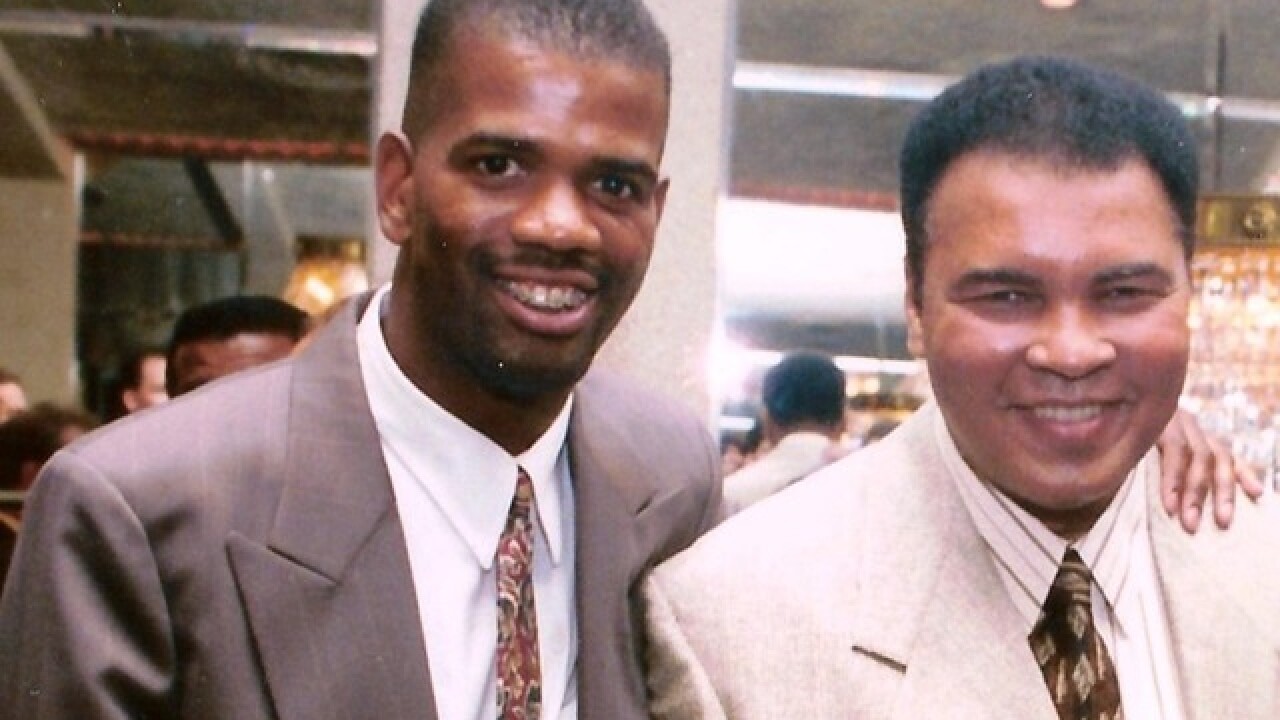 Muhammad Ali is gone, but will never be forgotten.

When I was a sports columnist at Newsday in New York around 1996, I helped emcee an Ali event on Long Island. Indeed, it was a thrill. I had always admired Ali from a distance. And he didn't disappoint in person. I left that night with an even greater appreciation of the man - what he stood for and had been through.

In a world of phony sports legends and so-called icons, Ali was the real deal. Not just when he was in the ring winning champion belts and changing the world, but the entire way of his life that ended Saturday at age 74.

Ali, born Cassius Clay in 1942 - grandson of a slave, wasn't going to let a sport, an agent, a public relations person, public opinion or an endorsement deal change him, his message.

Today, so many athletes are afraid to be honest even in the case of a non-controversial topics. They are afraid of their own shadow, living for people who don't even care about them or their people.

Those guys are always forgotten after they can't play anymore and are no use to the money-making system they idolize. The reason is simple. When you look back, they didn't say anything, they didn't matter.

Everybody can't be Ali-like and have a reach worldwide. We get that. Still, there are those who will be on that stage either now or down the line and they can't miss the opportunity when it's there. Ali sure didn't.

Ali kept it real, warts and all.

Social conscious meant more to Ali than how many followers you have on Twitter and how many kids are buying your sneakers.

Ali couldn't just sit around and be content because his world was good, not when the rest of what his people were going through wasn't.

It's about respecting yourself, your people. That's why Ali was revered in life and will continue to be in death.
So many of today's athletes take themselves so seriously. It's almost laughable. They worry about their "brand" and whether or not people like them.

And that's not to say Ali was perfect. He definitely wasn't. Ali made missteps along the way, too.

But that was OK. No one is perfect. There are bumps along the way for all.

The other thing had stands out is that Ali had a relationship with the media, especially with ABC sportscaster Howard Cosell. It was TV gold. Neither one backed down. Cosell asked the questions that needed to be asked and Ali answered them.

It was definitely an unlikely 30-year friendship. The reason it worked is simple. There was a genuine respect and affection for one another.

Think about that. Ali, in all his greatest, had respect for Cosell, who had a job to do.

Too often, it's just not the case these days. Sports writers and reporters aren't a nuisance, a pestering fly in the athlete's world of fame and fortune.

Ali understood that. With Cosell, there was a give and take. Ali took on the questions, never shied away from getting his word or message out.

Read all the pieces from different sports writers around the country. So many admired Ali for being a man of principle and later went on to befriend the man they covered professionally. That doesn't happen often. It spoke volumes about Ali.

He wasn't just a meaningless athlete who wanted to get through his career without anyone criticizing him.
Sadly, too many athletes are so sensitive. They are so afraid to have to stand up and answer questions. They want to make millions and go unchecked.

Ali never stopped having his say. He was even willing to put a suit and tie on and go in front on TV cameras on national TV and talk about his Parkinson's disease.

Again, Ali was out front, upfront even when he wasn't his best. He never hid.

We know what a champion Ali was. And he gets mad respect for what he was able to accomplish inside the ring.
Still, when people take an long look at Ali's life, it will mostly be able what he did outside it as a man.

The bottom line remains that Ali was always Ali. That's something you can respect. I sure did.