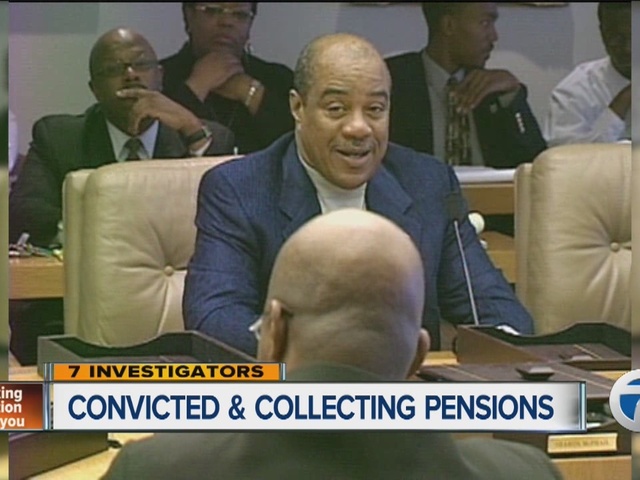 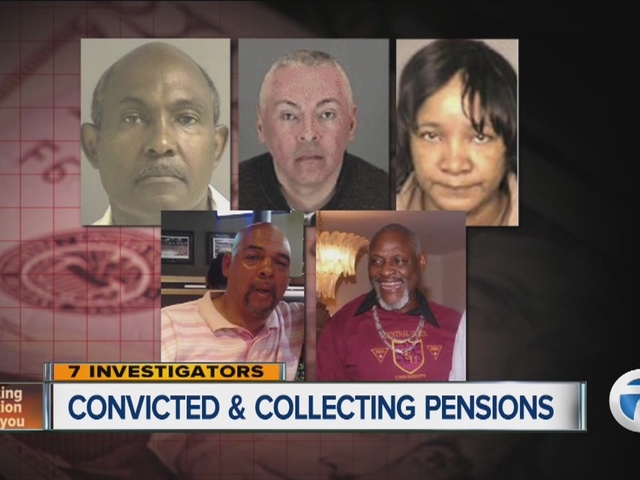 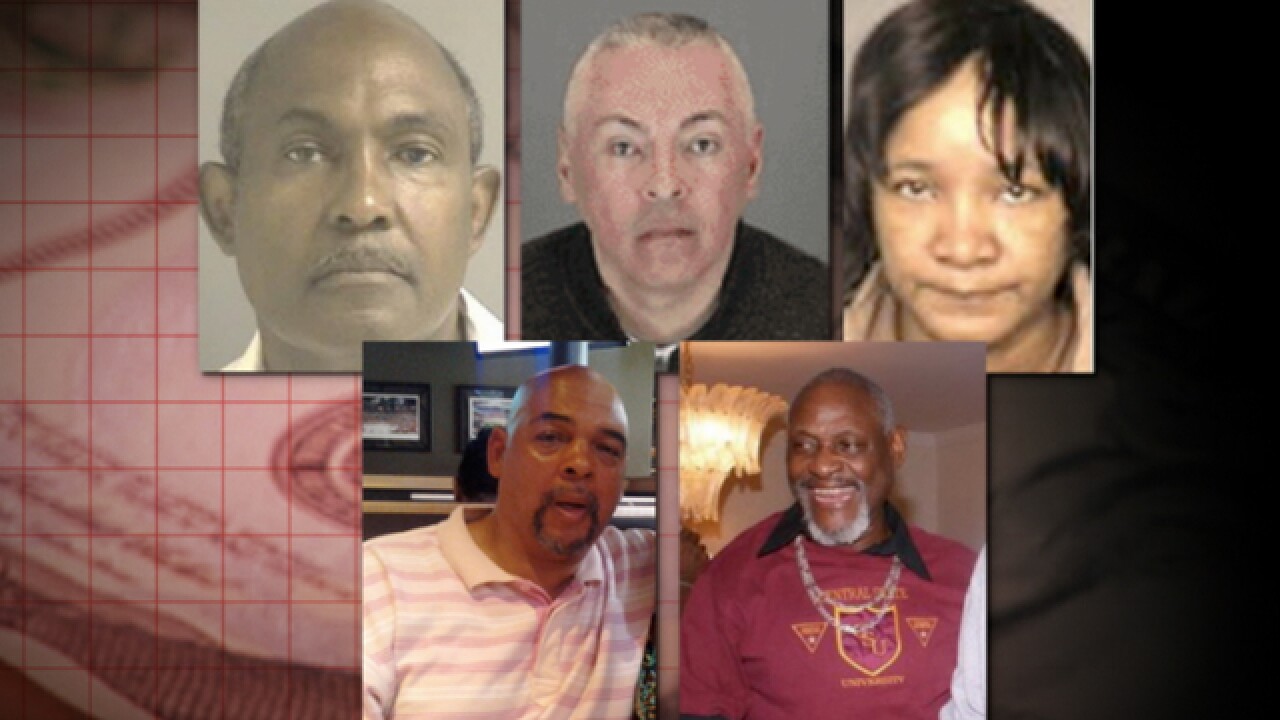 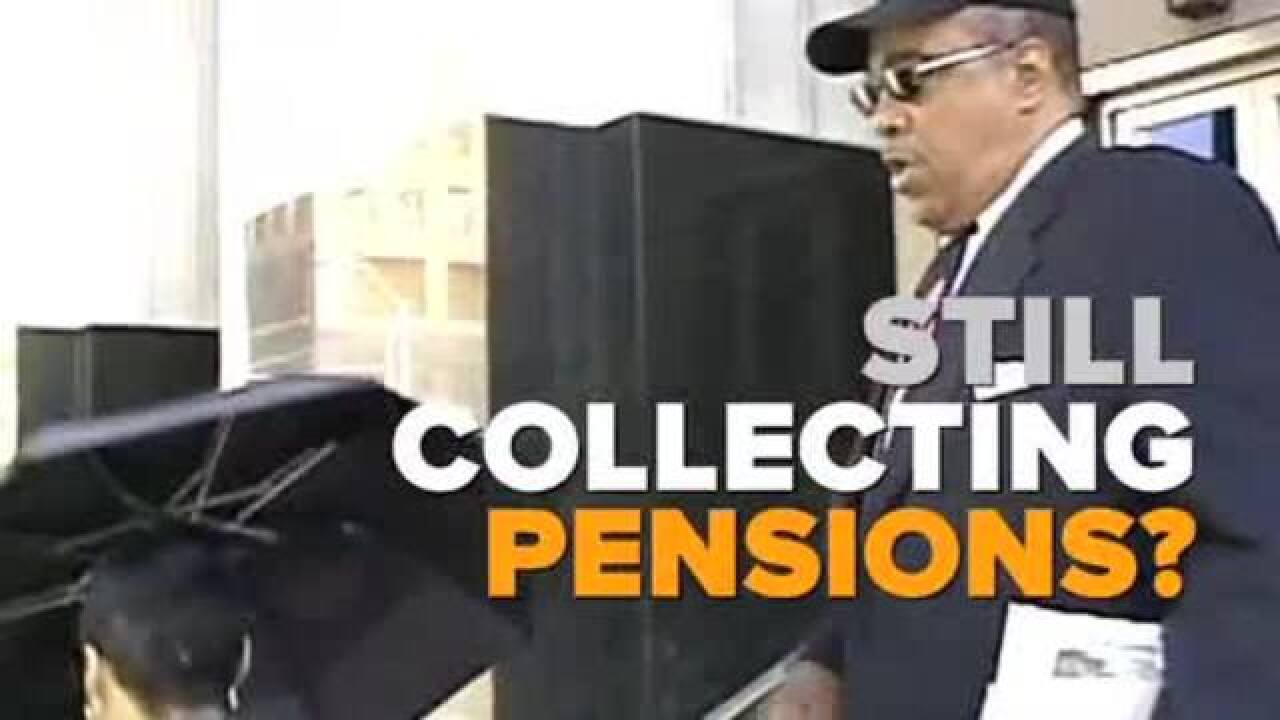 Throughout Michigan, ex-public employees convicted of stealing from taxpayers are collecting pensions from the same communities they robbed, according to a 7 Action News investigation.

In 2006, ex-Detroit City Council Member Lonnie Bates was found guilty of fraud after putting family and friends on the city payroll, even though they didn't show up to work.  A judge called his conduct "disgraceful" and sentenced him to 33 months behind bars.

Today, Bates collects a $24,392 yearly pension from the same city he stole from.  Since his indictment, he's taken in more than $325,000 from Detroit General Retirement System.

25% of his pension is garnished to go towards his court-ordered restitution.

In 2010, former Detroit Police Officer Robert Gibson was charged with embezzling nearly $100,000 from Detroit Public Schools, all to make his Farmington Hills home “state of the art.” Wayne County Prosecutors said he used the funds to buy granite counter tops, an entertainment system and a deck.

"This is stealing from children, the worst of the worst kind of theft," said Wayne County Prosecutor Kym Worthy at the time.

Gibson was sentenced to a year in prison. When he got out, his pension was waiting for him.

Former district secretary Geraldine Ellington pled guilty in 2010 after being accused of embezzling nearly $45,000 in overtime.  Her yearly pension is $19,956.

In 2001, former Henry Ford High School principal Elijah Porter embezzled more than $30,000 to buy clothing, jewelry and send his son abroad, according to prosecutors. He pled guilty and now collects an annual pension of $61,740.

In Macomb County, retirement has been good to John Gardiner. The former East Detroit Superintendent was found guilty of accepting bribes that cost the district at least $800,000.  He’s made almost that much in retirement: more than $725,000.

Gardiner is not alone.  Four of his convicted co-defendants from the scheme are collecting pensions, too, as rich as $81,000 a year.

George Orzech is a longtime pension fund trustee.  Today, he’s the chairman of the Detroit Police and Fire Retirement System, and while he may not like what some of his convicted pensioners did, he says they’re still entitled to a comfortable retirement.

"If you use your public position to break the law, should you be rewarded with a public pension?" asked Channel 7's Ross Jones.

In Michigan, only a judge has the right to forfeit someone’s public pension, and only if they used their job to commit a crime. But it doesn’t happen often. Some, like Dearborn Mayor Jack O’Reilly, wish that changed.

One of his former officers, Alex Ramirez, orchestrated an elaborate, years-long ticket-fixing scheme where he convinced drivers to pay him hundreds of dollars under the table to make their tickets go away. He pled guilty in 2009, giving up his badge and gun, but keeping his pension.  The checks are still rolling it at more than $2,600 a month.

"I think the average citizen would think there’s probably something wrong with that," O'Reilly said. "I just think, what message are we sending?"

Ramirez’s plea deal helped him avoid any jail time.  If he lives another 30 years, his pension will make him $938,160.

"And it’s not only to change behavior in the person that committed the crime itself, but it’s to remind everyone else who might be thinking about committing a crime that there’s consequence."