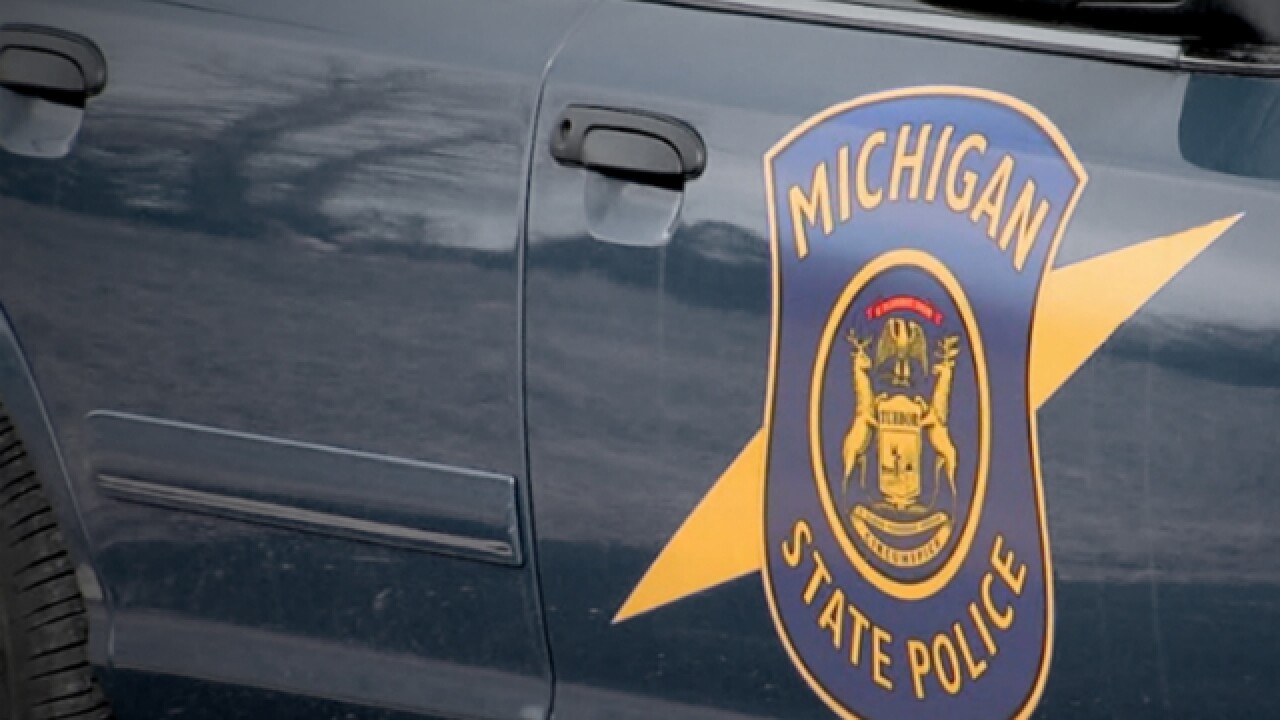 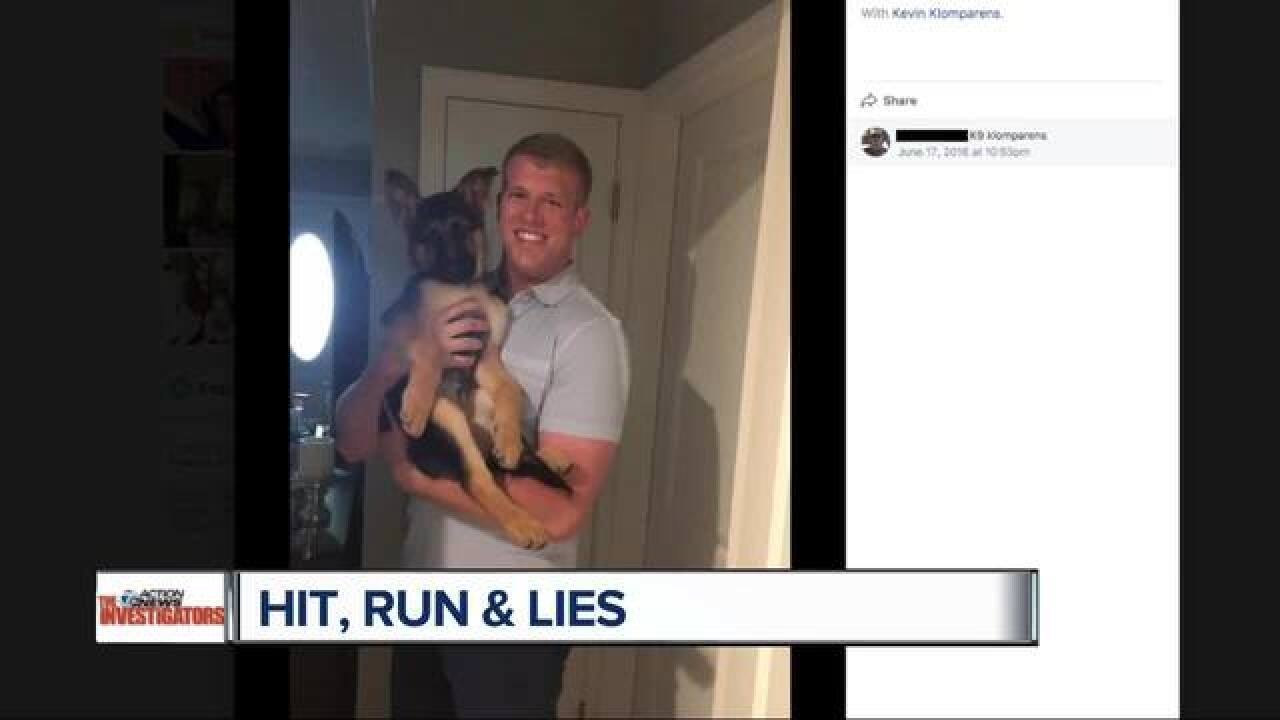 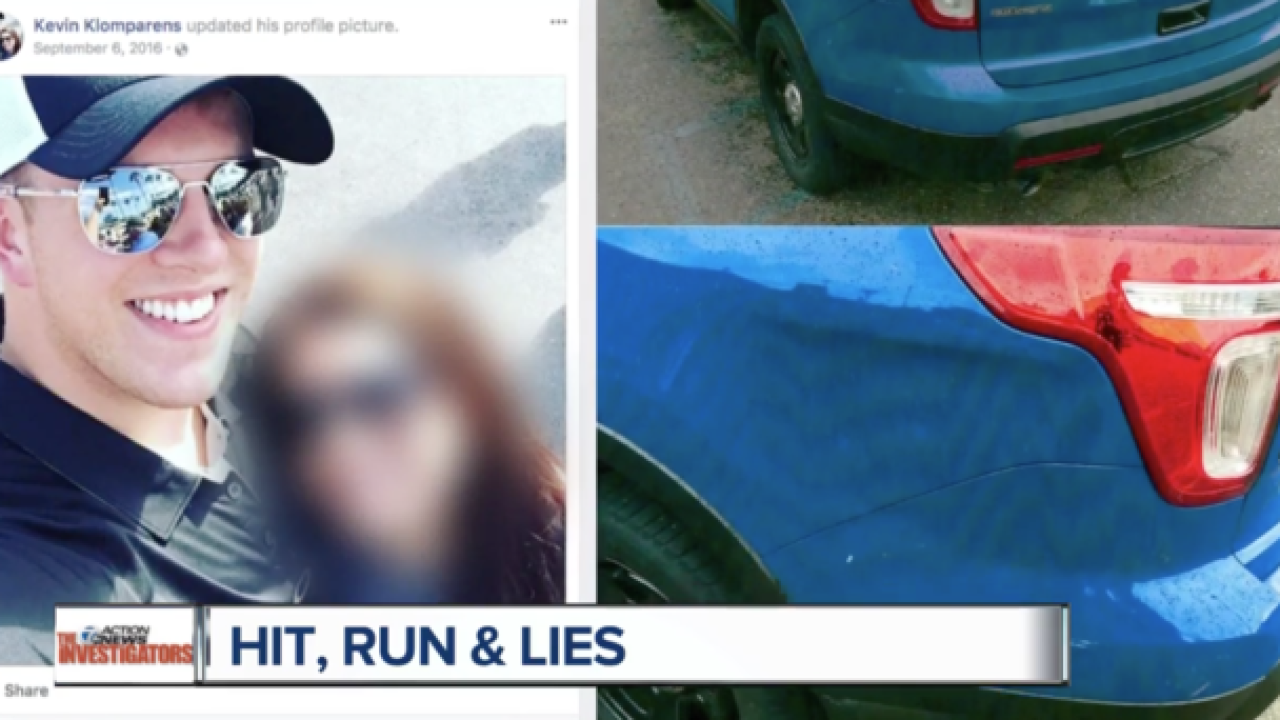 This is a story about a state trooper, a collision and a lie.

It begins at a parking lot off Evergreen Road in Southfield.  While on duty last May, Trooper Kevin Klomparens had pulled into a Chipotle restaurant in his Michigan State Police vehicle.  He was backing into a parking space when his SUV backed into a parked car.

The damage caused was minimal: scratches and a small dent that totaled a few hundred dollars in damage. But Trooper Klomparens didn’t notify the car’s owner, leave a note or report the accident. Instead, he pulled out of the space and left.

The driver of the damaged car turned out to be a 20-year-old college student who worked at a Southfield restaurant. She didn’t feel comfortable talking to us on-camera for this story, but said off-camera that she learned about the accident from two people who witnessed it. They told her, and then police.

According to police records, the two witnesses said that they’d heard “a loud crunch” and saw the trooper “commit a hit and run.”

Dispatch notified nearby officers that one of their own had been involved in an accident.  Klomparens heard the message on his police radio, and that’s when he turned his small problem into a much bigger one.

Klomparens: I just got sideswiped by a car, I’m at 8 and Lahser.  He flipped and headed back east on Westbound 8 Mile, I’m trying to catch up.  I’m not entirely sure what kind of car it is, a grey sedan.

Dispatch: And he’s now Eastbound or Westbound on 8?

Klomparens: Eastbound. He hit a turnaround, I’m stopped at a traffic light when he hit my backend.

Klomparens said he was the victim of a crime and said he was in a police chase with the person responsible.

Dispatch: Did you get a plate?

Klomparens: Negative on a plate, he turned behind me, there was a Michigan u-turn behind me. He turned back and sped off eastbound.

In truth, there was no chase.  No sideswipe.  Klomparens made it all up.

“Unbelievable that this officer would respond in that manner,” said Willie Bell, who spent 32 years as a Detroit Police Officer. “You’re violating the confidence that people have in police officers in general.”

Today, Bell serves on the Detroit Board of Police Commissioners.

“It’s a simple accident, but now it lays to totally lack of confidence, not just in this officer, but police officers in general,” Bell said.

After the accident, MSP investigated and Trooper Klomparens admitted to making the story up.  The case was forwarded to Attorney General Bill Schuette’s office for possible prosecution.

His office declined to charge the trooper with anything, writing in part that while “(w)e are certainly not condoning the actions of the trooper,” “there are better ways to handle this particular incident.”

We asked to speak with Attorney General Schuette on camera to understand why he chose not to bring charges. His office declined.

“The average citizen easily would have been charged in this case,” said Michael L. Steinberg, a criminal defense attorney who’s represented men and women accused of hit and run accidents.

“Providing false information to a police officer is usually going to get the attention of the prosecuting attorney’s office,” he said. “A police officer doesn’t get special status as far as the law goes.”

Klomparens won’t face charges, but he could still face discipline. He is still working at MSP today while internal affairs continues to investigate, more than five months since the accident happened. He declined comment for this story.

The owner of the damaged vehicle says state police promised to reimburse her the full cost of repairing her SUV.  Months later, she’s still waiting.