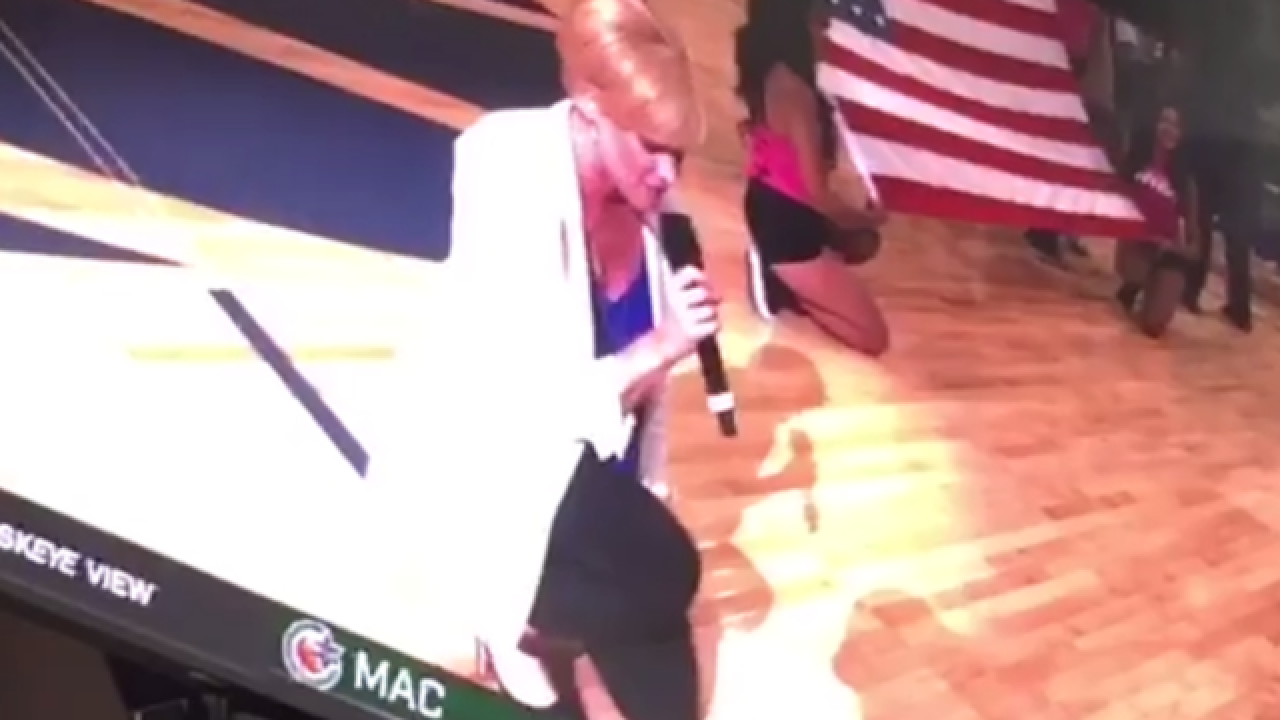 <p>Singer Leah Tysse followed in the footsteps of Colin Kaepernick and dropped to a knee in protest as she sang the Star Spangled Banner Monday prior to a Sacramento Kings game.</p>

Since Colin Kaepernick began kneeling in protest during the national anthem, we’ve seen teammates, NFL rivals, soccer players and even high school students have followed suit. Now, even the anthem singers themselves are joining Kaepernick in protest.

On Monday evening prior to a Sacramento Kings preseason basketball game, anthem singer Leah Tysse dropped to a knee as she sang the final line of the Star Spangled Banner at the first basketball game played at the Kings’ new arena.

According to a Facebook post by Tysse, she said taking a knee during her performance was the “most patriotic thing” she could do.

“I cannot idly stand by as black people are unlawfully profiled, harassed and killed by our law enforcement over and over and without a drop of accountability. I believe that the majority of police are good and are against this too and as a nation we all need to speak up. We should all be outraged and demand justice and an end to the brutality,” she went on to say.

According to the Sacramento Bee, the Kings said in a statement that they respected her right to “exercise her freedom of speech.”

Tysse was chosen to sing the anthem “by a partner organization.” The team usually holds open casting calls to select singers for the national anthem.

I hope @SacramentoKings fire the last who actually sang and took a knee during the national anthem. I almost dropped my hat ...

@LeahTysse Much love and respect