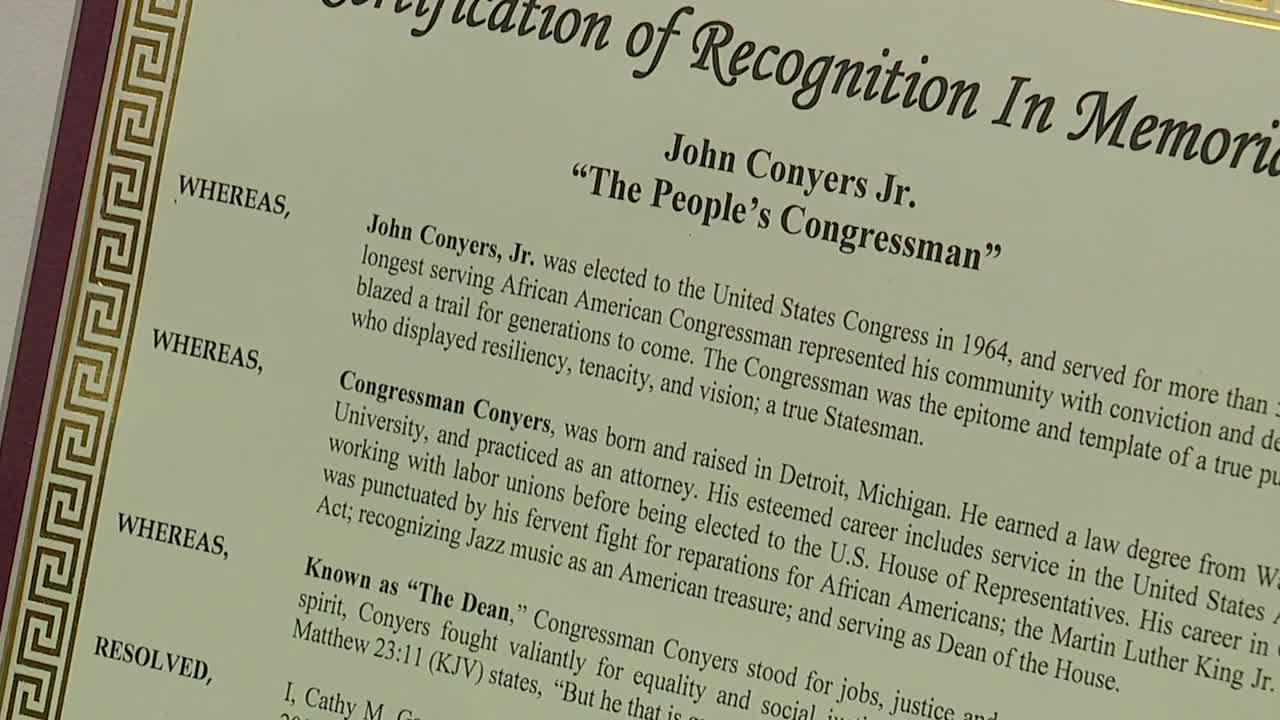 He lies in repose at the Charles H. Wright Museum of African American History. He was a lifelong detroiter, U.S. Congressman and Civil Rights activist for more than half a century.

The museum was a fitting place for John Conyers, Jr.'s memorial service. It was led by the Masons, an organization of which both he and his wife were members.

In the midst of mourning, many memories were shared as people in the community arrived to pay their respects and remember the impact he had on the nation as a whole and on individual lives.

“Detroit’s warrior sleeps, his fight still lives” - a poem given to those at the visitation: https://t.co/yFHNCwUVmX pic.twitter.com/578sVZkbRx

"Everyone here is just telling me different stories of how my husband helped them," said wife Monica Conyers. "It’s very touching to hear stories from actual people that he helped."